Worried about the Supreme Court? Here are 6 things you shouldn't do and 3 you should. 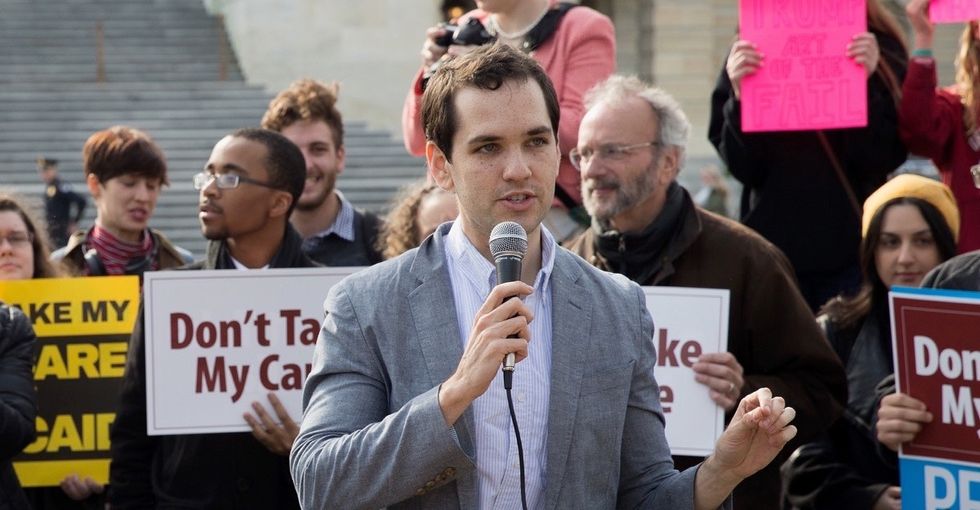 The Supreme Court's a pretty big deal, and with President Trump's second nominee about to enter the confirmation process, some are a little freaked out.

Adding members to the Supreme Court is one of the longest-lasting legacies a president can have. For decades to come, the Justices of the Supreme Court of the U.S. (SCOTUS) will shape the country and its laws in powerful ways.

That's enough to make anyone feel a little anxious, regardless of their political views. It's especially worrisome for anyone who has anything less than complete trust in Trump's judgment or worries about any of the specific issues (abortion rights, LGBTQ rights, civil rights generally) likely to come before the court in the near future.

In the wake of Trump's nomination of Brett Kavanaugh, a lot of people are asking themselves what can be done to stop his confirmation. From the outside, it looks like a pretty hopeless endeavor. Even if every single Democrat votes against Kavanaugh, as long as Republicans stick together, he'll be put on the court.

Sen. Elizabeth Warren (D-MA) speaks to protesters in front of the SCOTUS on July 9 in Washington, DC. Photo by Tasos Katopodis/Getty Images.

After the announcement, there were a lot of ideas thrown out into the world to stop Kavanaugh's confirmation. Most of them were pretty bad, so Levin, also the former deputy policy director for Rep. Lloyd Doggett (D-Texas), stepped in to give people an insider's look into how members of Congress make decisions and what influences them.

His list starts out with six things that aren't helpful.

After all, if you're going to engage in some activism, you want to be as efficient as possible. Levin urged people not to waste time trying to pressure senators outside of their states or members of the House, generally.

Petitions and "antagonistic" social media campaigns aimed at senators are usually just dismissed as "noise," and aren't likely to move any votes, either.

The last two items on his list are some of the most frustrating.

For one, there are no tricks the Democrats could pull on their own to stop Kavanaugh's confirmation like Republicans did with Merrick Garland. The Republican party was only able to do that because they had control of the Senate (which they still do).

And finally, as hard as it is, he urged people not to give in to apathy.

Enough with what won't work, though. Let's look at the three things Levin recommends people actually do.

Simply put, the only people members of Congress care about are their own constituents. Contacting your senators and letting them know that you want them to vote "no" on Kavanaugh's confirmation is a great place to start.

Levin also noted that there's definitely a hierarchy of effectiveness for getting messages to Congress: in-person messages and protests are at the top.

Beyond that, he recommended that people do things that will get local media attention. Protests are a great example of this. He then linked to a page on the Indivisible website where people can learn about events happening near them.

But if the choice is between real-world action and money, PLEASE take action. It was a quixotic people power campai… https://t.co/9t4onzcEyc
— Ezra Levin (@Ezra Levin)1531251249.0

Levin understands that none of this is likely to actually stop Kavanaugh's confirmation. But he thinks it's a battle worth fighting anyway.

In an interview, he describes Indivisible's plan as a two-step strategy: First, Democrats need to try to defeat Kavanaugh's nomination; second, they need to take back control of the Senate. "If we defeat this nominee but fail to take the Senate, Trump will simply use the GOP senate majority to appoint a different extremist to the court," he says.

That means Democrats need to present a united front both in opposing Kavanaugh and at the midterms. "This is a big test of his leadership," says Levin of Senate Minority Leader Chuck Schumer (D-NY)'s ability to get all Democratic senators on board. "He wants to be majority leader next year, so he needs to prove he can lead now."

Beyond that, Levin sees opportunities for Democrats to pick up Senate seats in Nevada, Tennessee, Arizona, and Texas. If Democrats don't lose any seats they currently hold, and they're able to pick up at least two of the four "vulnerable" Republican-held seats, they'll retake control.

Levin thinks that's doable, so Indivisible is lending its resources to the fight.

Ezra Levin speaks at a March 2017 rally outside the U.S. Capitol to urge Republicans to vote "No" on the "Trumpcare" bill. Photo by Tasos Katopodis/Getty Images for MoveOn.org.

"Unlikely" doesn't mean "impossible," as history is quick to remind us.

Stopping Kavanaugh's confirmation to the Supreme Court is considered extremely unlikely, but stranger things have happened.

"Political life over the past two years has been defined by surprises — defeating Kavanaugh and retaking the Senate would just be two more surprises added to the list," says Levin. "Success isn't guaranteed, but if we give up, we will certainly lose."