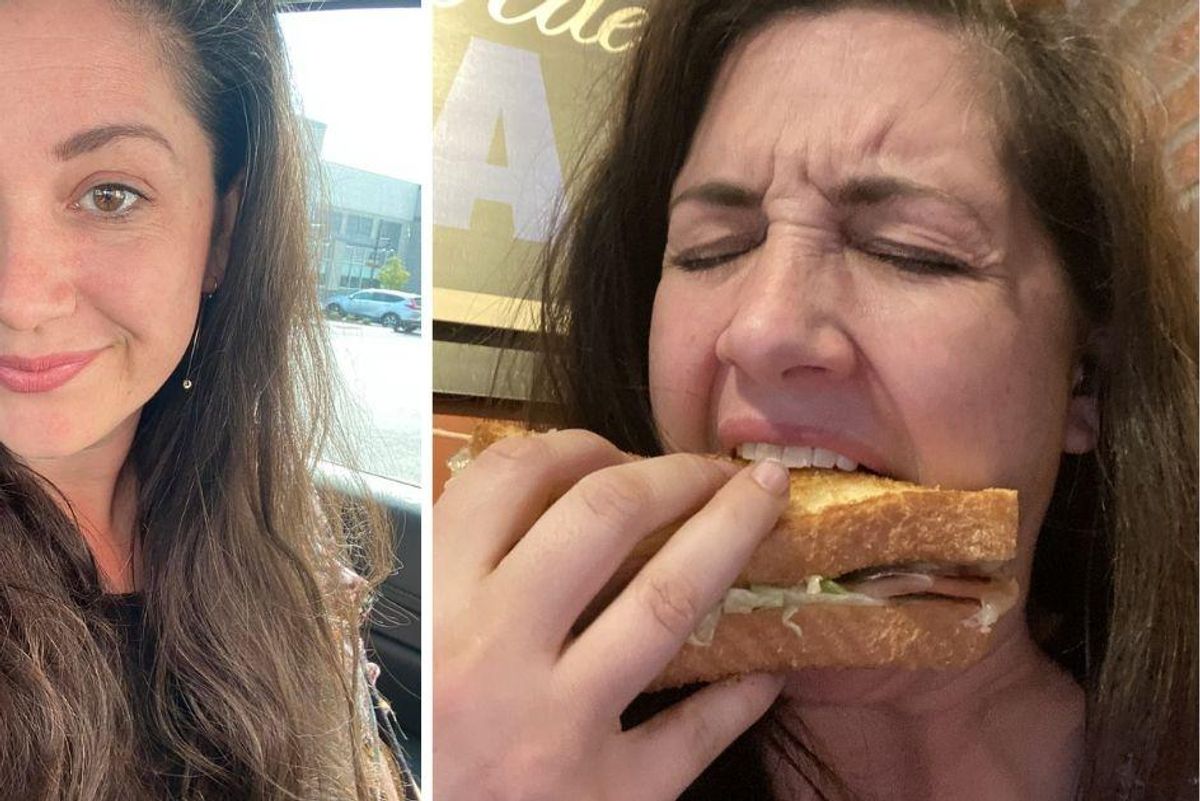 When you wake up to Khloe Kardashian's unedited photo debacle making headlines, it's not hard to see why so many women have body and beauty complexes.

Even for those of us who roll our eyes at Kardashian drama, the struggle is real. Even when we know that the images on Instagram are filtered and edited to unrealistic perfection. Even when we understand that societal beauty standards are arbitrary and stupid. Even with the proliferation of body-positive messages that encourage us to love the skin we're in, most women I know wage some kind of internal daily battle over beauty.

If only it were as simple as embracing what we look like in our natural state. If we truly and fully did that, though, we'd be smelly and unkempt, hair matted, nails scraggly, and teeth rotting. There's a certain amount of grooming that's reasonable to expect in civilized society, but what's enough and what's too much? At what point does beautification become problematic? There's no definitive line.

Then there's "health and fitness," which is good on the one hand, but toxic on the other. I could write an entire book on the social politics of fat on women's bodies. Follow that up with the make-up, the hair coloring/curling/straightening/styling, the wrinkle creams, the injections, and gracious, I'm already feeling mixed up inside barely 200 words into talking about women and beauty.

Writer and video blogger Mary Katherine Backstrom described these internal struggles women experience perfectly in a Facebook post. Sharing a photo of herself biting into a bologna sandwich, Backstrom wrote:

"You want to understand a woman?

Let's start right here: smack dab in the middle of a romantic moment I shared with a fried bologna sandwich. This was five minutes ago, y'all.

It was, in a word: intense.

Soft white bread, a generous schmear of mayo, and more than a couple slices of homegrown tomatoes. My word. I felt like confessing to my husband, which is why you have this picture.

I texted it to Ian, with a joke that I might actually be cheating, because nothing satisfies a woman quite like a solid sammy, hot tots, and a little bit of dippin sauce.

You can argue all you want, but you'd be wrong.

That's all we need.

I was fully in the moment when I got a little *ping* from my Optavia coach. She wanted to know how I was doing on the program. "The program" being a thing I signed up for a few months ago when couldn't fit in my skinny jeans and was suddenly motivated to shed a few bologna sandwiches.

So, now I'm invested to the tune of hundreds of dollars, with two full boxes of powdered astronaut food sitting in my entryway closet because I don't care how delicious a powder brownie mix is, NOTHING, and I mean NOTHING, competes with fried tots and dipping sauce.

Anyways, back to understanding a woman.

You need to understand:

I am fiercely committed to enjoying bologna sandwiches.

I am 100% committed to becoming the next Brooklyn Decker via overpriced crash diet space food.

And I am ALSO anti-diet culture and will probably post a picture of myself weighing 200 pounds telling everyone on this page to LOVE THEMSELVES AS THEY ARE because, DAMMIT you are beautiful!

And you know what the crazy part is?

I am 100%, full-hearted, unabashedly all three opposing people at once.

The woman eating the bologna sandwich.

And the woman who signs up for random crash diets when I want to fit into a fashionable dress for a family wedding.

I want to love myself as I am.

I want to enjoy life without reservation.

And I want to be beautiful by society's standards.

then...maybe THEN, I would be an ideal woman.

And maybe I already am. I certainly believe that my friends are, and they enjoy bologna sandwiches.

But I wouldn't know. Because I look to the right and look to the left and all I see are things society thinks I should improve.

And it messes me up and confuses my brain and it drives me to space food and fried bologna sandwiches.

And that, my friends, is what it is to be a woman."

Seriously. She nails it.

It's not that men can't have this same kind of internal conflict; I'm sure some men are torn between wanting a burger and fries and embracing their dad bod, while also coveting Lenny Kravitz's abs. But for women, there are just so many elements for us to grapple with. We want to feel beautiful, but we don't want to conform to stupid societal beauty standards. We want to be in shape, but we want to love our bodies just as they are. We want to feel sexy, but we don't want to be sexualized. We slip down beauty standard rabbit holes—from hair to skin to weight to eyebrows—and we roll our eyes all the way down while also taking notes.

It's a confusing struggle, but for so many women, it's very real. Thank you, Mary Katherine, for keeping it real.

From Your Site Articles
Related Articles Around the Web
women
popular