With cancer at age 3, Alexis wanted to share her story with the world — as a cartoon.

Alexis' wish was to make a cartoon to inspire other kids with leukemia to be brave. 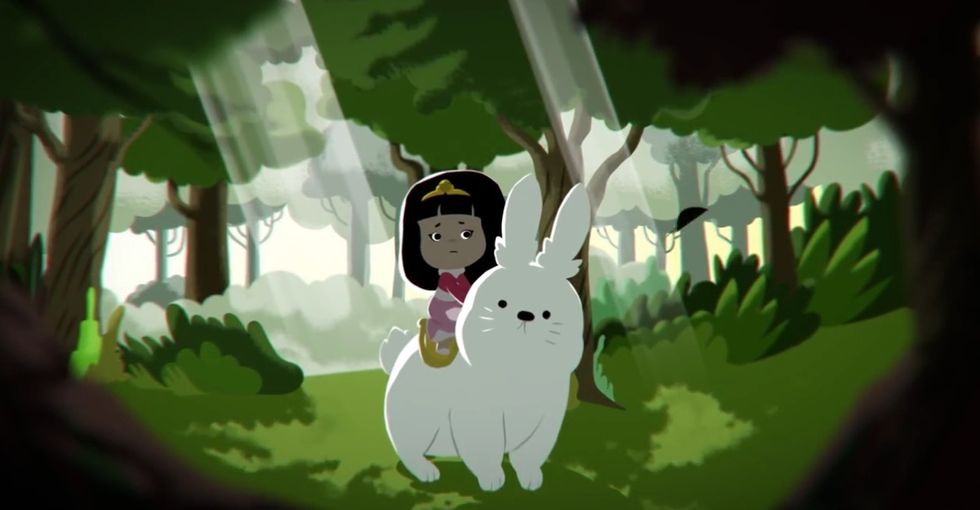 Soon after her third birthday, Alexis was diagnosed with leukemia.

It began when she was sent home from daycare with a fever. Angela, her mother, noticed Alexis seemed tired and pale. Once doctors noticed tiny red spots on Alexis' skin, they ran a few tests and discovered Alexis had acute lymphoblastic leukemia.

Her family was contacted by Make-A-Wish Alaska and Washington. Her wish? To make a cartoon about her cancer.

It's been nearly three years after Alexis's treatment began. She's now finished with chemotherapy, pills, and constant trips to the doctor — her leukemia is at bay, and her life is returning to normal. So when Alexis and her family were contacted about a wish, she told them she wanted to make a cartoon to inspire others with pediatric cancer to be brave even when they're scared.

And so Make-A-Wish, teaming up with a Seattle creative agency, set off to make her dream come true.

Alexis met up with the folks at the agency World Famous to discuss her story. While there, she helped design what her character would look like and what type of story she wanted to tell.

They decided to tell the story of Princess Alexis and how she escaped Kemia the dragon.

In other words, it's adorable, and it made me tear up the first time I watched it.

Once the animation was finished, Alexis was off to the recording studio to give her character a voice.

With a script, a microphone, and some time, Alexis and her mother both read lines to be included in the final product.

An estimated 2,670 children age 14 and younger will be diagnosed with acute lymphoblastic leukemia this year.

It's the most common form of childhood leukemia. Luckily, it's pretty treatable, with a five-year survival rate of more than 85%.

And now here's where you (yes, you) come in to help Alexis' wish: Watch her cartoon and share it with the world.

"Help us make Alexis's wish gain worldwide attention to raise awareness of pediatric cancer by forwarding the link to her video via social media," Make-A-Wish's website says. Below, you'll find the video. It's adorable and well-worth watching and sharing.