Why you should see the full version of the Super Bowl commercial about immigration. 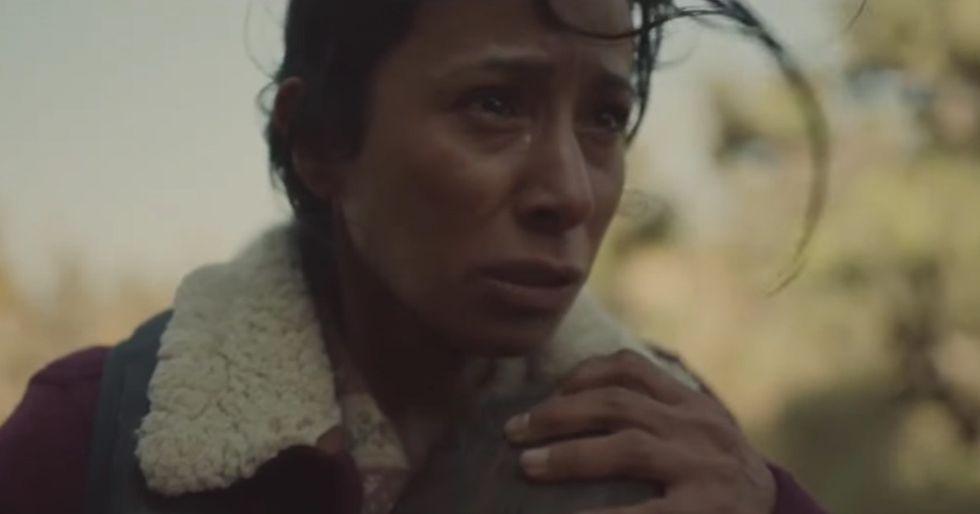 84 Lumber may have made Super Bowl commercials great again.

Powerful political messages were embedded in the commercials that aired during the big game on Feb. 5, 2017. We've talked about Audi and Budweiser, but a lesser-known company called 84 Lumber had a resonant message about immigration.

It was a message so compelling that the Fox network actually banned part of it.

The aired version of the ad documents the start of the journey of a mother and daughter searching for a better life in America.

It touches on the challenges crossing the border may bring for those who can't afford the requirements of legal entry.

It shows crossing the border is definitely no stroll through the park.

The TV version ended with a hopeful scene in front of a fire. But this is only half the story.

The original edit, posted on 84 Lumber's website paints the rest of the somber picture.

In the final moments of the commercial, the mother and daughter face the final hurdle of entering America: a great, expansive wall.

Fox told Amy Smiley, 84 Lumber's marketing director, that they had "concerns about some of the elements" of the original version.

"FOX rejected our original commercial because they determined that some of the imagery, including 'the wall' would be too controversial," read the official statement from Michael Brunner, CEO of Brunner, the ad agency that produced the television spot.

But they also built a door.

In the statement, Brunner said 84 Lumber felt too strongly about the ad's message to leave it on the editing room floor. So they made the story available in full online — which caused the site to crash during the game.

The company's belief is that all people, if they have the will and determination — no matter where they are from — deserve their chance at the American dream.

There was some backlash against 84 Lumber for the ad, but refreshingly, they answered criticism succinctly and flawlessly.

84 Lumber is a company many of us had never heard of before the Super Bowl, but we won't forget this message anytime soon.

That message is simple: Compassion and opportunity still exist in America.

It doesn't matter what edicts are handed down from above, but rather what foundation we build from below. It's the American way, and we're all part of this American story.