What's it like living with mental illness? Ask Wil Wheaton.

Wil Wheaton is the latest in a line of people to tell his story of what it's like living with mental illness for Project UROK. 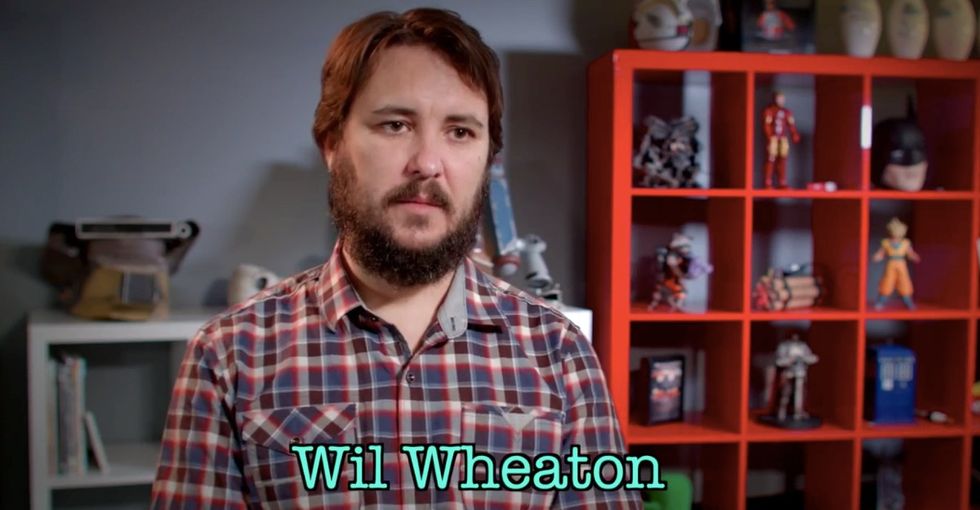 Actor, writer, and producer Wil Wheaton recently recorded a video discussing what it's like living with mental illness.

You might know him from his work on "Star Trek: The Next Generation" or "The Big Bang Theory," or perhaps you're one of his nearly 3 million Twitter followers — or maybe you don't know him at all.

No matter the case, you probably know someone like him.

Wheaton's video was for Project UROK, a nonprofit aimed at breaking down the stigma of mental illness.

His is just the latest in a series of videos by the organization (which is pronounced "project you are okay").

Wheaton's experience is his alone, but there's some overlap with others who struggle with mental illness.

In the video, Wheaton mentions the fact that for years, he wasn't even aware that depression and anxiety were weighing him down — he just assumed that was simply how life was.

Later, he touches on the experience of finally seeking treatment and how that helped him regain stability in his life.

Trying to explain mental illness to someone who hasn't dealt with it is really, really hard.

Hearing the stories of others, with their similarities and differences, can help paint a picture of what it's actually like to live with mental illness. Most importantly, it can help those who do live with it to realize that they are not alone.

The purpose of Project UROK is to create a safe space for people with mental illness to share their stories and hear the stories of others.

"Project UROK is the resource I wish I'd had as a teenager when I was feeling isolated due to my severe anxiety, OCD, and depression," Project UROK founder Jenny Jaffe told me in an email. "We're creating a platform where all kinds of people can tell all kinds of stories related to mental illness in a way that's friendly, fun, inclusive, and non-judgmental. My ultimate goal is a world where we think of mental healthcare not as a luxury, but as a basic human right. We can only do so if we stop being afraid to talk about what mental illness really is and what it actually looks like."

The choice to use the term "mental illness" instead of just "mental health" is deliberate, intended to reduce stigma.

"I think we invoke the term 'mental illness' a lot as a way to dismiss people that society doesn't find particularly valuable," she told me. "Or we use it as an excuse for an inexcusable action. In both cases, the clear message is that mentally ill people as a whole are 'other,' and therefore not worth our time or care."

And she's absolutely right. We see the term used to describe people involved in mass shootings, for example. The reality is that people with mental illness are only responsible for around 3-5% of violent crimes. They're actually significantly more likely to be victims of violent crimes than to take part in them.

"The reality is that 1 in 4 Americans struggle with a diagnosable mental illness. 'Fear of a name only increases fear of the thing itself.' Until we can talk about mental illness as an illness that, like anything else, requires professional treatment and care, we will continue to think of mental illness as something to be kept a secret, and of mental healthcare as a non-priority," Jaffe said.

If you're like Wil Wheaton, Mara Wilson, Perez Hilton, or the tens of millions of others who live with mental illness, please remember that you're not alone. You are okay.