What Happened To These Students Is Awful. What This Official Said Later Is Almost Worse.

These people are desperate for information about their missing children. So how could the attorney general say this to them? 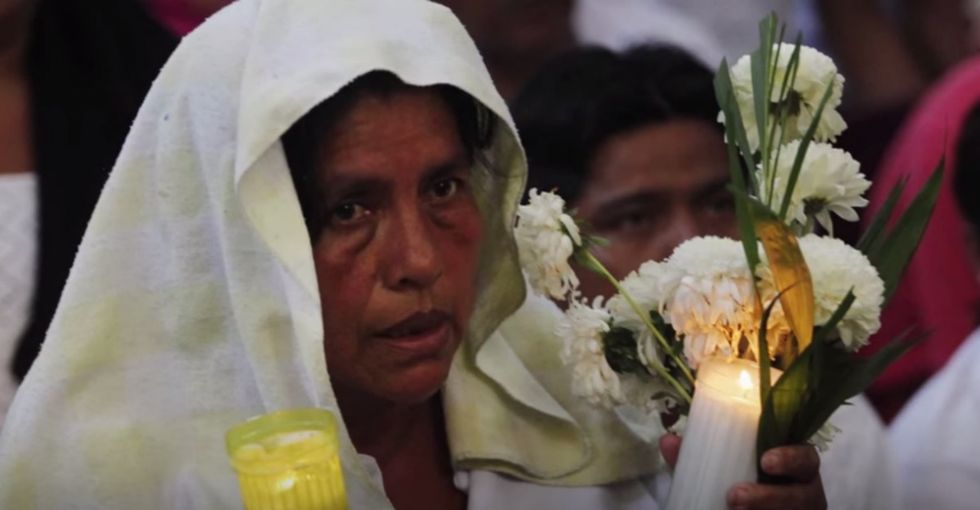 43 students from a small teaching college in Iguala, Mexico have disappeared. They have been missing for six weeks. But the story get's worse. Here's a timeline:

Oct. 4: Mass graves were found containing 28 bodies, although they don't appear to be those of the missing students.

Nov. 7: The country's attorney general, Jesús Murillo, held a press conference to discuss the confessions of three gang members that led to the charred remains of as-yet-unidentified people from a nearby river. After an hour of speaking, the attorney general abruptly ended the meeting, saying, "Muchas gracias," but then "Ya me cansé," or "Enough, I'm tired."

Within hours, the phrase was a trending Twitter hashtag. People are upset not only about the killings but also about the complicit role of the Mexican government in perpetuating violence and failing to successfully prosecute criminals.

Protests weren't just in the Twittersphere, though.

Nov. 8: Thousands marched in Mexico City and briefly set fire to the ceremonial governor's palace, while in the nearby town of Chilpancingo, students set fire to trucks near government buildings.

For more backstory, here's a useful interview with a journalist who has written about Mexico's problems for years. Although only mentioned at the end, the drug war is the impetus for much of the violence and for the participation of the Mexican government. It's a "war" that the U.S. enables both as the world's largest consumer of illicit drugs and by pouring billions into a militarized fight against drug cartels.