We throw away tons of clothing — here are 3 things that can be done with it instead.

The interesting paths our clothing takes after we get rid of it. 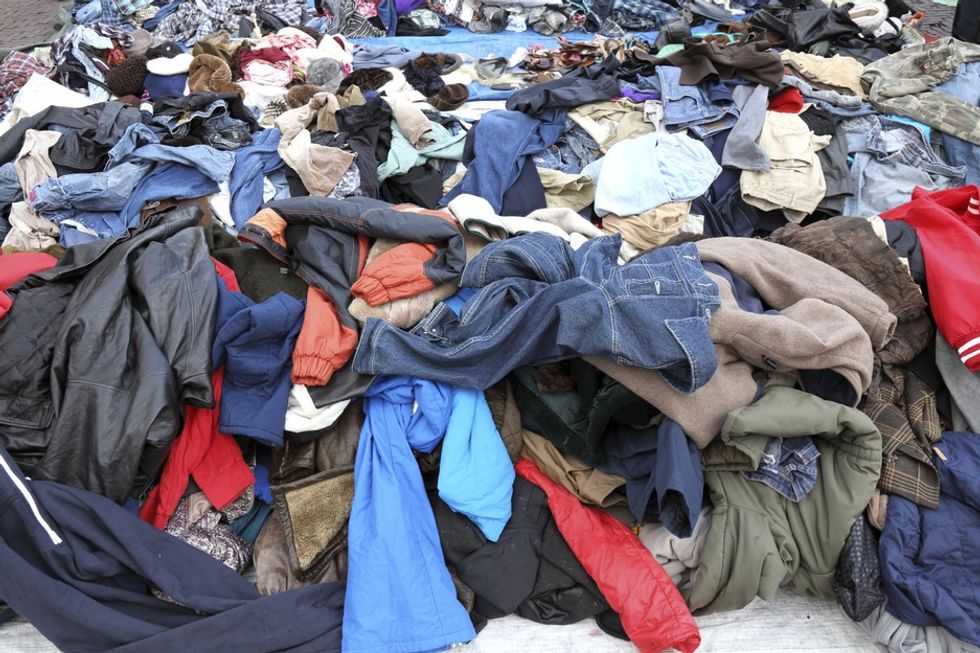 Did you know that Americans throw away around 81 pounds of clothing, towels, bedding, and other "textiles" per person in one year?

That's a lot of usable items going into the garbage! In fact, according to the Council for Textile Recycling, textile waste takes up about 5% of space in landfills that are already pretty crowded.

Why does this matter? Well, manufacturing clothing takes a lot of resources.

The textile industry is known for being hard on the planet and the people working and living near textile factories. Throwing away clothing means also throwing away all of the resources that went into making it.

Plus, when your clothes sit in a landfill for long enough, they start to break down and release dyes and other chemicals into the ground, which can contaminate local water. Those pants you grew out of and the dresses you no longer wear can affect the environment for years after you throw them away.

Reusing clothing instead of tossing it is a great way to relieve some of the environmental stress.

Every piece of clothing that is recycled saves greenhouse gases that would otherwise be released into the atmosphere to replace those textiles.

Your clothes are too cute to end up in a home like this. Photo via Ashley Felton/Wikimedia Commons.

There are a lot of ways to save your old clothing from a trip to the landfill.

1. There's one obvious answer: resale shops. Just because you're done with your clothes doesn't mean they're done being clothes.

According to the CTR, only 15% of the textiles we buy are donated or recycled. We can do better.

So many clothes ready for their second home. Image via Steven Depolo/Flickr.

2. "Well-loved" textiles can be recycled into eco-friendly rags and shop towels for factories and auto shops.

This is the path taken by about 30% of clothing donations made to charities.

Pro-tip: You can also cut out the middleman and cut up some old textiles to make your own rags to use around the house! Speaking from experience, old souvenir shirts from Disney World make awesome rags for washing your car.

3. Recycled clothing that's not fit to be worn anymore (I'm looking at you, T-shirt with armpit hole) can be broken down into textile fibers that get reused in a lot of ways.

You're probably surrounded by broken down, recycled clothing right now: It could be in the stuffing in your couch, the insulation in your walls, and the padding under your carpet. When you donate clothing that can't be resold, this is often where it ends up.

Put clothing in the garbage? As if. GIF from "Clueless."

And, of course, buying less clothing to begin with is a great way to keep it from the landfill.

Bottom line: Recycling your clothes is a simple, effective way to be kind to the planet.

That's why lots of cities, including New York, have those big clothing donation bins in public places. Some cities and states are even trying to implement curbside textile recycling, so residents don't even have to drop off their clothes.

But even if your city doesn't have those options, donating your clothes is still important.

On Earth Day, in honor of our planet, you might want to take some time to go through your closet and take your old clothing to a donation site.

And if you're really looking to score some brownie points with planet Earth, round up your old clothes and offer to drop off your friends' bags at a donation location too!