It's time to stop policing women's clothing and start raising our expectations of men. 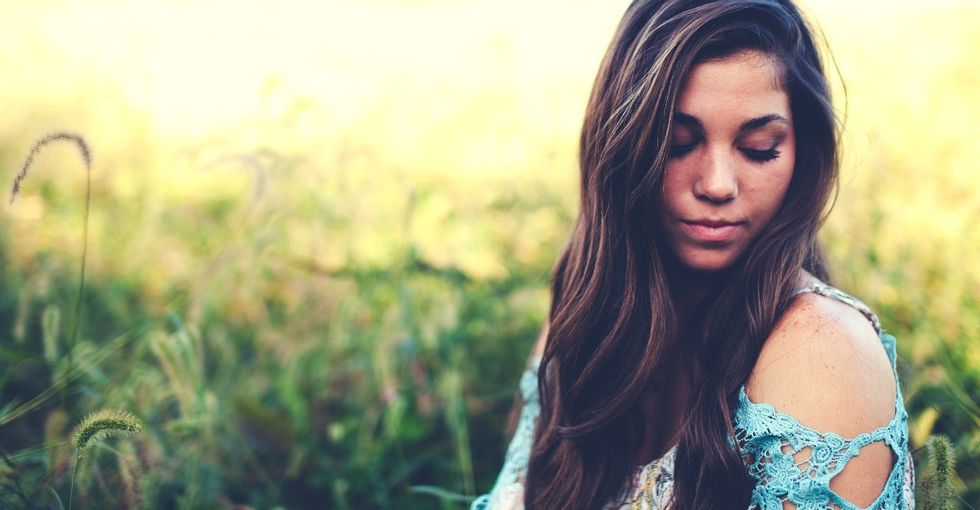 When it comes to what we wear, women can't win.

There was a time in our history when a woman showing her ankles in public was considered whorish. That sounds extreme and ridiculous now, of course, but the same mindset that compelled women to wear floor-length, chin-high dresses—that men are basically animals with limited self-control—is still alive and well.

We see it in school dress codes that disallow off-the-shoulder shirts because shoulders are too sexy for boys to handle. We see it in op-eds about how leggings are causing boys and men to stumble. We see it in debates over exactly how many inches a skirt length or tank top strap needs to be in order to be considered modest enough to rescue boys and men from the abyss of lust and temptation.

The fact that humans engage in such debates while simultaneously sexualizing women to sell just about everything is a perplexing paradox. The fact that bikinis and burqas are both icons of objectification is an equally confusing conundrum. And since everything between those extremes is subjective, we slip into a sea of unanswerable questions: How much skin is too much skin? How much of a woman's leg is acceptable to see in public? Are shoulders and collarbones too sexy? How about knees and ankles?

We emerge with no answers, but one clear conclusion: Women can't win, no matter what we wear. Is it possible that our clothing is not the problem?

We have plenty of examples of men separating women's clothing from their sexual impulses, so the idea that men simply can't help themselves when they see skin is bunk.

The way some people talk, you'd think that men have zero control over how they see a woman. If her shirt shows a centimeter too much cleavage, or if her pants hug a curve a little too tightly, it's all over for the poor, helpless dude.

But is that always the case? For the folks who have an issue with leggings—have you ever seen a woman bobsledder or speed skater in the Olympics? They wear skin tight outfits that show every single curve in their bodies. But somehow I've never seen men ogling speed skaters as a habit, nor have I seen women complaining that bobsledding outfits are causing their sons/husbands/brothers to think impure thoughts.

Why? Because men are not beasts, incapable of compartmentalizing and contextualizing what they're looking at.

Is it possible that some men watch figure skating in order to look at women in skimpy leotards? Sure. Do some men watch women's swimming events just to see the women's bodies in their suits? Maybe. But my guess is not many do. Most men recognize that the outfit and the body parts it might reveal are secondary to the feats the woman is performing on the ice or in the water, so they compartmentalize accordingly.

How is that possible? Because it's not about what women are wearing.

When we make women responsible for men's thoughts, we do a disservice to both women and men.

It is grossly unfair to tell girls that they are responsible for the thoughts of the boys around them—but that's the message they get when we tell them their clothes are a "distraction." And boys get the message, too. What do we expect to happen when we tell boys that their sexual thoughts can't be helped and are caused by a girl's clothing choice?

We’re still having to fight the erroneous idea that women and girls “ask” to be raped by the way they dress. While there's a place for discussing clothing as an element of how we present ourselves to the world, as soon as we put blame on women because boys and men can't control themselves, we are on the wrong path.

We've got to stop selling the idea that men are helpless slaves to their sex drives, because it's simply not true. Yes, sexual thoughts happen. Yes, you might see things that turn you on. But being human means rising above animal instincts. You have the ability to shift your gaze. You are capable of choosing how you view someone. We all have to manage our thoughts and exercise self-control, and the only person responsible for what's happening inside your head is you.

Responsibility for men's thoughts and actions should not be placed on women's shoulders. Ever.

Besides, if women were to stop wearing everything that might have a chance of turning on a man, we’d be back to the era of chin-high, floor-length dresses again. And even then, some men would still objectify women. Because it's not about what women wear and never has been.

It's long past time we start start raising society's expectations of men instead of focusing on women's clothing.

Sandy Hook school shooting survivors are growing up and telling us what they've experienced.

Imagine being 6 years old, sitting in your classroom in an idyllic small town, when you start hearing gunshots. Your teacher tries to sound calm, but you hear the fear in her voice as she tells you to go hide in your cubby. She says, "be quiet as a mouse," but the sobs of your classmates ring in your ears. In four minutes, you hear more than 150 gunshots.

You're in the first grade. You wholeheartedly believe in Santa Claus and magic. You're excited about losing your front teeth. Your parents still prescreen PG-rated films so they can prepare you for things that might be scary in them.

And yet here you are, living through a horror few can fathom.