This hilarious song shows how frustrated scientists can get when you ignore climate change. 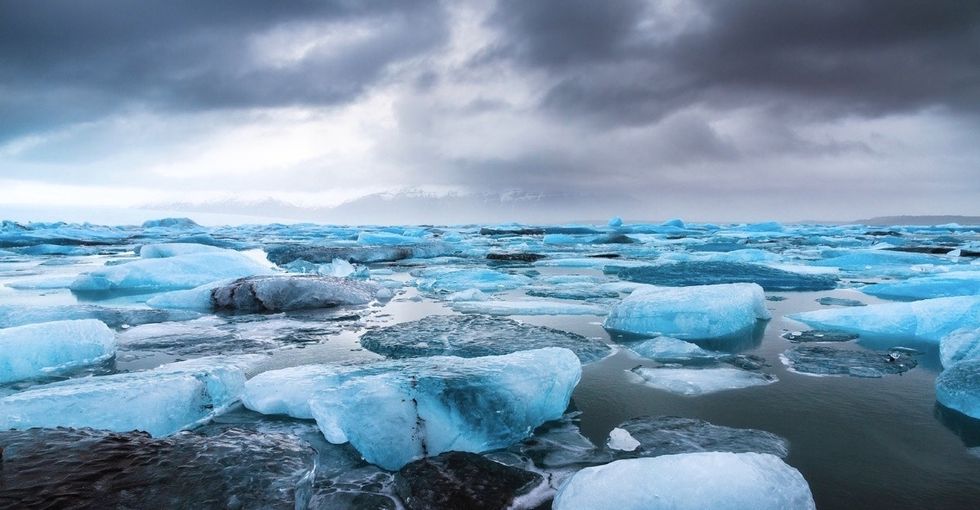 That may not sound very interesting, but for Hoffman, it's fascinating: He's reconstructing climate records from Earth's past.

So you can imagine how the 26-year-old paleoclimate scientist feels about climate change doubters, people who say Hoffman — and 97% of his colleagues — are wrong about the effects of human activity on global climate.

He's tried to convince them using traditional methods, but some people can't be swayed by peer-reviewed papers.

So he's decided to use a different tool: parody songs.

There's something familiar about this Hoffman and Jerfunkel duo. Images and GIFs via Jeremy Hoffman/YouTube.

Hoffman has long been fascinated by what he calls "the ability of people to deny overwhelming scientific consensus," and last spring, as he sat in on an online seminar about dealing with climate change doubters, inspiration struck.

15 minutes later, he had written "Sound of Skeptics" to the tune of Simon and Garfunkel's "Sound of Silence."

“Hello, skeptics, not our friends / We've come to share with you again / Data proving that the Earth's warming / Is a phenomenon that we're causing."

The music video he posted to YouTube and recorded in his home studio in Corvallis, Oregon, where he's a doctoral candidate at Oregon State University, is as ridiculous as the task it describes: repeatedly presenting hard evidence to an unpersuadable minority.

In climate science, dealing with the doubters has long been a part of the job. Why not do it with a wig and a song?

But the frustration it captures is real.

"There's this feeling that whatever we do there's still going to be this doubt, and there's really no explanation for it," he said. "When I ask in the song, 'What else will we need to show?' I'm actually asking — realistically at this point — what else is there that we as scientists can do to convince you?"

Hoffman posted the video last month and hopes it reaches people ahead of the UN-led climate change talks in Paris starting Nov. 30, 2015.

"Unless we have everybody on board it will be too late to act on climate change, and our actions will be too slow and will not have a large enough effect," he says.

Like a lot of young scientists today, Hoffman has prioritized outreach as an integral part of his research.

When he's not studying ocean sediment cores to reconstruct historical climate records, he's a science communications fellow at the Oregon Museum of Science of Industry in Portland and is a big proponent of "informal science learning" — learning done outside of the classroom.

But the parody takes a different approach.

Rather than helping viewers understand the science, this song is a way to express some of the frustrations that come with being a scientist today.

"How do you engage the public in understanding this feeling of futility in a fun way?" he said. "Music is a good way to get them to remember, and humor is one of the best ways to connect with people on a basic level."

A scientist showing people data can only get so far. Hoffman said combining his love of music and humor (he performs at some open mic nights in Oregon) was a "nonthreatening" way to show people where scientists are coming from.

Watch "The Sound of Skeptics" here:

His love of music and humor resulted in another parody song earlier this year — to the tune of "Eye of the Tiger" — about dealing with a group of people who require at least as much patience as climate change doubters: doctoral thesis advisors.

Maybe his climate song won't reach as many people as Simon and Garfunkel's version, but it could get people thinking and talking climate change a bit more — and at the very least drown out some of the doubters.