This father’s kid wouldn’t respond to his texts, so he created the perfect app to torture teens. 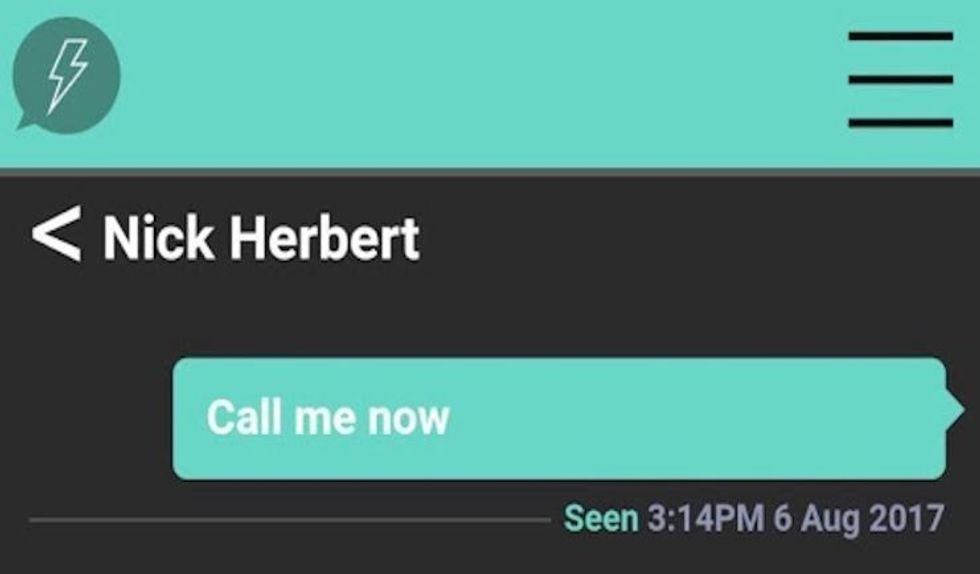 The average age a child receives their first smartphone is now down to ten years old. They’re not even out of elementary school before they get plugged into a world of never-ending anxiety-inducing notifications, texts, and calls.

Seems like an easy way to ruin the carefree days of childhood.

However, smartphones can be a positive for parents. They allow them to track their children and stay in touch 24-7. That is, of course, if the child responds to their texts and calls.

Nick Herbert, a dad in the United Kingdom, had a hard time getting his son, Ben, to respond to his texts so he decided to create an app called ReplyASAP that forces him to answer.

“When I try and contact him, he rarely answers, either because he doesn’t hear the phone or because (and I’ve finally had to admit this to myself) he may be embarrassed to speak to his dad in front of his friends,” Herbert wrote.

“There are messaging apps that tell you when a message is delivered and seen, but the point is the message can be ignored or not seen because he didn’t hear it,” Herbert explained. “So ReplyASAP is my solution to this problem.”

The app is now available for Android and will come out soon for iOS.

When a parent sends a text through the app, it immediately locks their child’s smartphone screen until they respond. The text also creates a loud noise that continues until the child replies — even if their phone is on mute.

The text will prevent the child from playing a game, chatting with their friends or browsing websites.

“During the development process, I spoke to Ben and showed him the designs and thinking behind the app and he likes the idea because he will know that if he gets one of these messages then he will always hear it and will know it’s important,” Herbert wrote.

So if you’re a kid out there will a cellphone, take this as a warning. Respond to your parents' texts and calls or they will stick you with this app that’ll suck the fun out of having a smartphone.