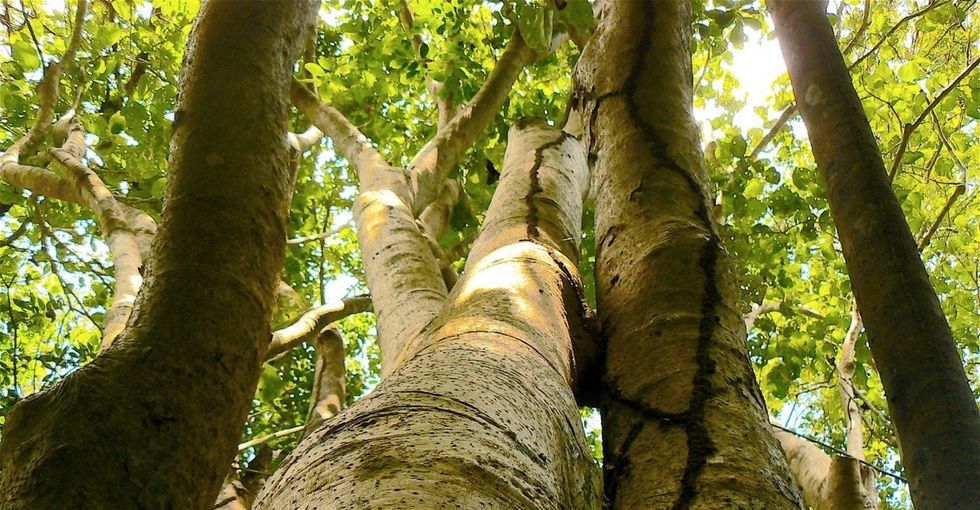 In a paper published Sept. 26, scientists announced a pair of newly discovered Puerto Rican pisonia trees — named after  two overlooked women who made major contributions to our understanding of Puerto Rican natural history.

Both women lived around the turn of the 20th century and both created major botanical works that went unpublished during their lifetimes.

Finding two new species of tree is always big deal. But these trees are also notable for their fascinatingly macabre reputation.

Pisonia are also known as "birdcatcher" trees. Their fruits are covered in a sticky, glue-like substance that will fasten itself to any bird unlucky enough to touch one.

The seeds of Pisonia roqueae. When fully ripe, these pods will transform into a sticky, gooey mess. Image by Jorge C. Trejo-Torres.

The adaptation helps the trees spread their seeds from island to island.

"However, sometimes these fruits can trap too tightly and even kills birds, as seen in documentaries," lead author Marcos Caraballo-Ortiz said in a press release. A particularly harrowing sequence featuring the tree even appeared in the BBC's 2016 run of "Planet Earth II".

"So far, we do not know of cases where birds have been trapped by the sticky fruits of the new species, but future studies will explore this possibility," he said.

Though these trees may seem a bit ghoulish, they're fascinating biological specimens. And any chance to honor both these women and the island's amazing flora is welcome.

"Just like the two large trees remained unrecognised by science until now, the enormous efforts of these two women, who dedicated part of their lives to botanical work, remained largely unrecognised by the community."

Hopefully this gesture will help rectify that.