The internet has fallen in love with these gay penguins raising an egg together. 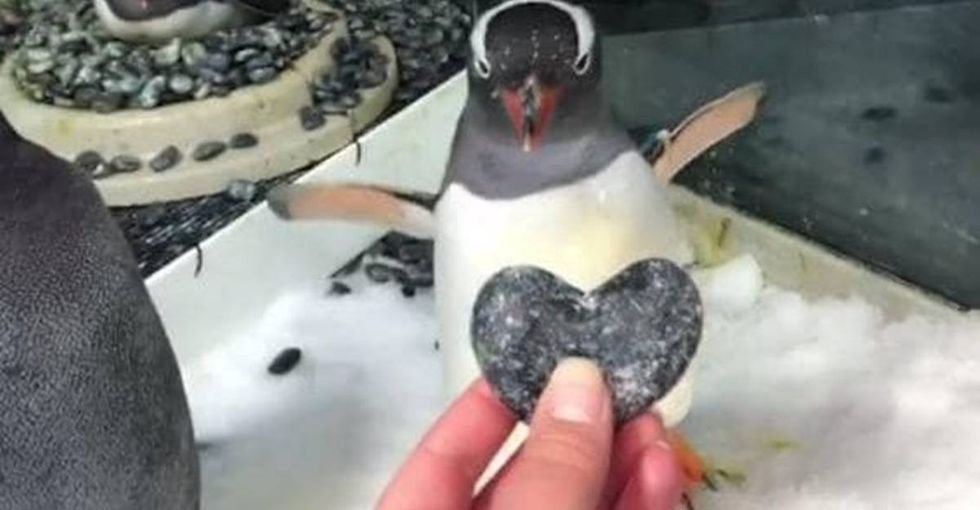 While humans bicker over the causes of homosexuality, there’s no reason to doubt whether it’s natural. Scientists have discovered homosexual behaviors in over 1500 species.

Procreation is central to a species' survival, so how has homosexuality not fallen by the wayside due to cruel indifference of natural selection?

Scientists believe there may be an evolutionary advantage to homosexuality in the animal kingdom. In some species, by engaging in homosexuality, animals can gain access to scarce resources or earn greater social status.

Studies of the Laysan albatross show that female-female pairing can increase fitness by taking advantage of the excess of females and shortage of males in the population and provide superior care for offspring.

While some say that some animals do it for pure pleasure.

A pair of gay male penguins at the Sydney Sea Life Aquarium have caught the world’s attention by taking care of an egg together.

Sphen and Magic, or “Sphengic,” as the pair are known by their caretakers at the aquarium, began an intense relationship before last breeding season. So aquarium staff gave them a fake egg to care for so they could learn to incubate together.

Spehngic were so good at taking care of the fake egg that they were given a real one.

A gay penguin at an aquarium in Australia gave his boyfriend an actual rock which is the penguin equivalent of prop… https://t.co/o3ucSFtVwS
— Jax (@Jax)1539354224.0

Of course, there are some people who are so homophobic they can’t stand the idea of gay birds.