The border wall wouldn't just cost money. It could cost us these rare animals too. 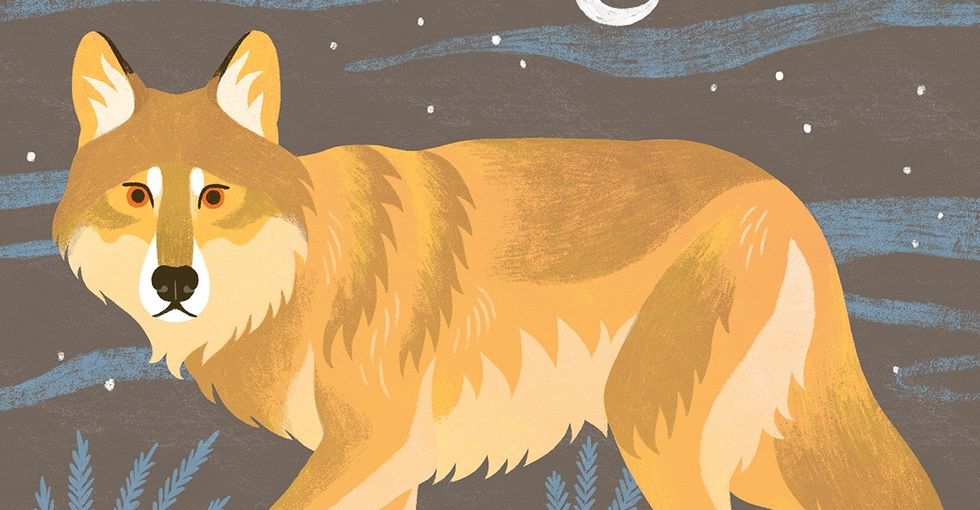 In November 2011, a camera trap recorded one of the most spectacular immigrants ever.

Deep in the Santa Rita mountains of Arizona, a single male jaguar padded in front of the camera. It was incredible: no wild jaguars had been seen in the United States since 1986.

Adult male jaguars can weigh up to 200 pounds, and the cat quickly earned an equally weighty nickname: "El Jefe," Spanish for "the boss." The boss wouldn't be alone for long. Over the next few years, a handful of other jaguars also appeared, including one as recently as November 2016.

Where did all these big cats come from? Mexico.

People aren't the only migrants crossing the border between Mexico and the United States.

It's natural for animals like El Jefe to roam vast spaces in search of food, water, and potential mates, though roads, towns, and nearly 700 miles of border fencing have made the journey difficult in recent years.

Construction of President Trump's border wall could make that even harder, as the U.S. Fish and Wildlife Service reported. In fact, over 100 different endangered species would be affected. So with a fast-track that'd ignore environmental impact requirements and wall prototypes already going up, let's not leave these animals faceless. In fact, let's meet a few of the denizens who might be affected.

The most impressive animal migrant is no doubt the jaguar.

All illustrations by Kaley McKean.

El Jefe definitely deserves his "boss" title. Jaguars are the third largest cat in the world and are so on top of the food chain that they regularly prey on alligators. Human hunters wiped out the U.S. population back in the 1960s, but recent sightings might mean they're poised for a comeback.

On the smaller end of things, the ocelot is especially striking too.

Found in Arizona and Texas, this diminutive wild cat doesn't roar; it chuckles, yowls, and mutters. Once hunted for its fur, the ocelet has been a protected species since 1989. Still, there may be fewer than 100 left in the United States.

The most obscure? Perhaps it's the jaguarundi.

The jaguarundi is a bizarre looking cat. It looks like a cross between a mini-mountain lion and an otter. Like the ocelot, they sometimes wander into the United States, but are even more rare.

The rarest and smallest subspecies of gray wolf in North America, the Mexican gray wolf was saved from extinction in the 1970s. The last five surviving wolves were captured and put into a breeding program. 113 of those survivors' descendants now roam Arizona and New Mexico.

On the coast, you might run into sea turtles and manatees.

The Mexican-American border juts out into the Gulf of Mexico and the Pacific Ocean, so construction would need to cut through the habitat of green sea turtles, West Indian manatees, and other aquatic species.

Then there's the ultra-speedy Sonoran pronghorn, which can outrun Olympians.

If you want to catch a pronghorn, you better come prepared — they can run up to 40 miles per hour. The reason? They may have evolved that ferocious speed to run away from ancient, equally-speedy cheetah-like predators.

The Sonoran pronghorn is a distinct, smaller subspecies of the more widespread American pronghorn. Its once massive population has been reduced to a mere 160 individuals in the United States.

Check out the ferruginous pygmy owl.

The reddish-brown owls (ferruginous means "rusty") don't fly very high, so a wall could cut them off from larger populations to the south, which has scientists worried about whether they could survive.

The border contains important nesting sites or migration paths for birds like the red-crowned and thick-billed parrots, the California condor, and even the bald eagle.

Not to mention countless smaller critters like the arroyo toad.

They might not be the most photogenic, but these little creatures matter too. Along with the California red-legged frog and the black-spotted newt, countless other animals travel freely across or live along the U.S.-Mexico border.

We need to build things. It's part of what makes humanity unique. But every project comes with its costs.

Normally, a massive project like the border wall would be preceded by a number of environmental impact studies, to protect as many creatures like El Jefe as possible. But that Homeland Security fast-track means that builders are free to skip those studies entirely — a potential "ecological disaster," as Vox reported last spring.

When we ask whether a border wall is worth spending over $20 billion on, we should also pause for a moment and also ask ourselves who else, or what else, is paying that price?

And, maybe most important: How does the boss feel about all this?