The author behind 'Mean Girls' studied boys too. We should listen to what she has to say. 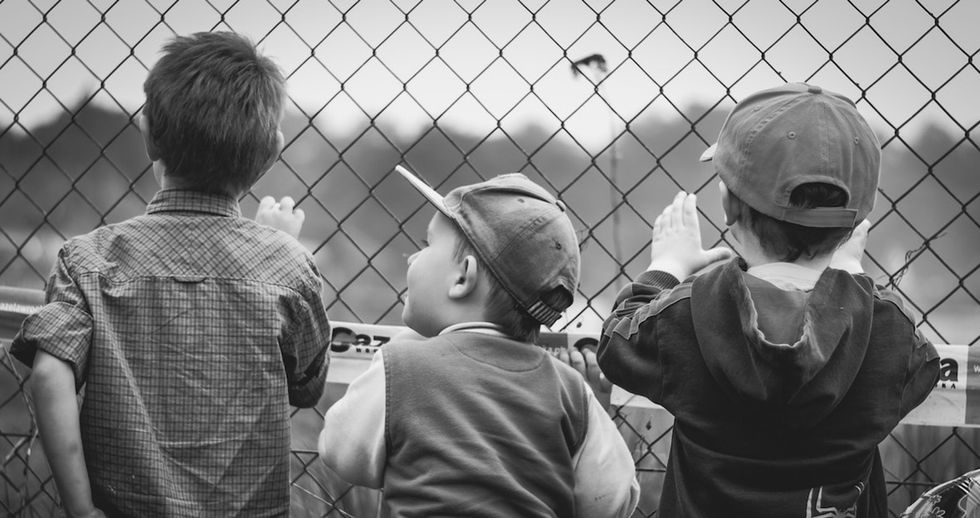 Author and researcher Rosalind Wiseman calls herself a listener. Intimate conversations and interviews with hundreds of teen girls formed the basis for her hit book, "Queen Bees and Wannabes," about how to help teen girls survive the wild world of high school. The book, which was eventually turned into the blockbuster movie "Mean Girls," was lauded for its frighteningly accurate depiction of female bullying.

By bringing an open mind to her research (she says she simply takes what young people say and translates it for adults), she exposed some important truths about the inner workings of "girl world" to parents everywhere. Since the success of "Queen Bees" and "Mean Girls," however, Wiseman has been doing work that she argues is even more exciting and important, and that's gotten far less attention: trying to understand adolescent and teenage boys.

Wiseman says there are four key things she's learned in her conversations with hundreds of our country's future men about how we can better shape the next generation.

1. Listen to what young boys have to say.

It seems ironic, Wiseman says, to shout: "Hey, men need to have their voices heard!" After all, men's voices are heard almost everywhere. They quite literally get most of the speaking lines in movies (even movies about women), they hold over 80% of the seats in Congress, and in the business world, about 95% of CEO positions are filled by men. In the case of younger men, however, listening to what they have to say just might be the right thing to do.

"We think they talk a lot and take up a lot of space, but we don't often ask about their opinions," Wiseman explains. If we want to really make changes to the culture of masculinity as it pertains to boys, there's really no better way to make sure we're at least getting an accurate picture of how they see the world around them.

For her 2013 book, "Masterminds and Wingmen" (sort of the boy version of "Mean Girls"), Wiseman spoke in-depth with nearly 200 teenage boys. Contrary to expectations, Wiseman says she found many were more than eager for a chance to finally share their fears and insecurities.

There are plenty of problems with the way boys in our country are raised and problems with how we've defined what it means to "be a man." But figuring out how to fix things shouldn't be an adults-only conversation.

As Wiseman says: "It's absurd to me to tell boys what their lives are like without talking to them first."

2. Don't wait to have important conversations about what they should do if they see abuse happening around them.

"There is a minority of boys and men that, for whatever reason, feel they have a right to abuse people," Wiseman explains. "Through a combination of social intelligence and privilege, they know the majority of boys and young men who don't like what they're doing are going to be silent."

Many parents refuse to even consider that their own son will eventually be faced with a challenging situation — hearing his buddies trading vulgar, sexist jokes, or seeing a teacher have inappropriate contact with a student. They certainly don't think he'd have no idea what to do or that he might be a perpetrator himself.

The majority of teens will witness some kind of abuse of power at some point, Wiseman says. We shouldn't wait until after the fact to let them know we expect them to stand up for what's right, even if it's hard.

"We have to look at them as partners in this," she says. "Tell them 'I just want you to be able to know where I stand and where my expectations are for you.'"

3. Now for the hard part  — parents and adults have to model upstanding behavior for boys to see.

Talking the talk is easy. But walking the walk is what truly matters.

Parents frequently reach out to Wiseman with the same problem: "What if I go to [holiday] dinner and Uncle Bob says some racist, homophobic comment?"

Let's face it: a lot of us freeze up, change the subject, or otherwise don't want to deal with a potential confrontation, so we laugh it off or brush it under the rug. (Billy Bush, anyone?) Then we're shocked when boys do the same thing around friends making racist or sexist or homophobic comments.

It's OK that we're not perfect parents or role models 100% of the time, but it's important to acknowledge those missteps to the boys who look up to us when they happen. Standing up for what's right in the moment is the right thing to do, but it sure can be easier to wait until the car ride home to tell your kids, "Hey, you know, what Uncle Bob said wasn't OK."

Don't let yourself off the hook though, Wiseman urges. When you tell your kid that what Uncle Bob did was wrong, own up to your own passiveness as well. Even a simple, "I didn't handle that the way I should have," can be enough.

"Just having that conversation makes it so much more likely that your son will come to you the next time he's in a tough situation," Wiseman advises.

4. Encourage them to expect better of themselves.

Wiseman says one of the inherent and tragic flaws in the way America has defined masculinity is that caring about, well, pretty much anything makes you weak. And if you're weak, you're not really a man.

Caring about something like feminism? Sexual harassment? Social justice? It can make a man an utter outcast in some social circles.

"That is a travesty," Wiseman laments. "I say to high school boys all the time … 'a man of honor is someone who shuts their mouth when horrible things are going on around you? How did that become the definition of what a man is?'"

"I wouldn't put up with that if I were you," she tells them. "You're better than this; you're stronger than this."

In response, she sees them sit up a little taller and stand a little prouder. It's something they don't hear enough.

13 years later, people are still talking about "Mean Girls" and what it says about how our society treats girls. Let's hope Wiseman's work on "boy world" has the same kind of effect.

Young men aren't always going to do the right thing. They'll fold under the pressure of having to stand up to their best friend. They'll laugh at an offensive joke. They'll make mistakes.

And so will we, as teachers, parents, and role models.

"We have to acknowledge that we suck," Wiseman concludes.

"We have to say to boys, 'Hey, I get that I'm holding you to a high standard. I understand that you don't have a lot of good role models.' It doesn't mean we're going to give up."