Taylor Swift recently appeared on the British talk show "The Graham Norton Show" with über-famous Monty Python member John Cleese. After John mega insulted her cat, Olivia, he went on to both mega insult cats AND women. Dude. No.That's when new feminist and BFF to Planet Earth manages to stand up for ladies (AND her cat) in one eloquent sentence. This is what unapologetically speaking your mind looks like. She doesn't just write ~*~magical ~*~ songs, she writes amazing comeback lines. 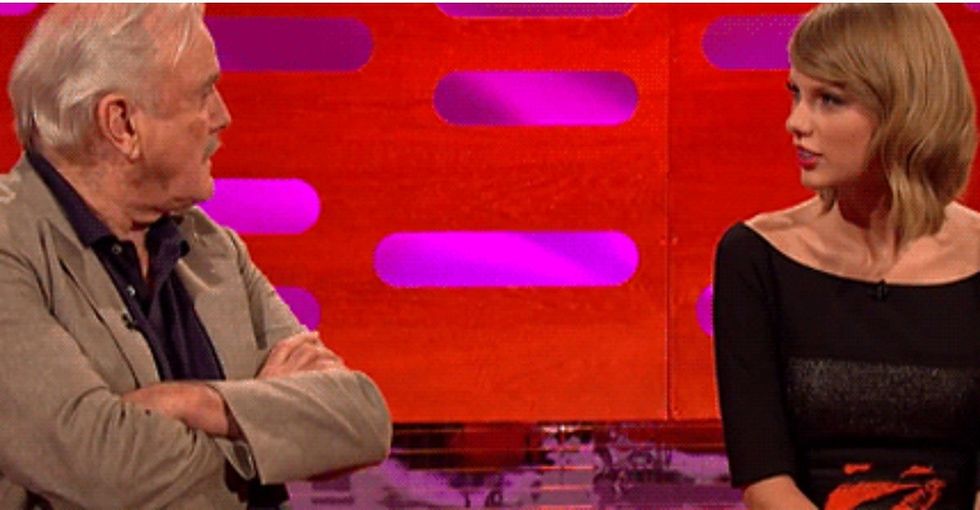 For you non-Brits, "cussed" is slang for stubborn and difficult to deal with.

And that's Taylor Swift slang for shutting. it. down.

So get this. After realizing she'd been "taking a feminist stance without actually saying so" for a while, Ms. Swift, was like, yeah, I'm a feminist, fo sho. And yeah, she's been sticking up for herself and others for a while (EVER), and this is a great example of The Power of the Swift Stance.

And to add fierceness to amazingness, she even threw Instagram shade at Cleese after the interview!

I know she's busy writing songs about way better things and just generally being who I want to be when I grow up, but I would *not* mind a B-side live acoustic version of "The Proper Cat (Meredith Straight Chillin')."