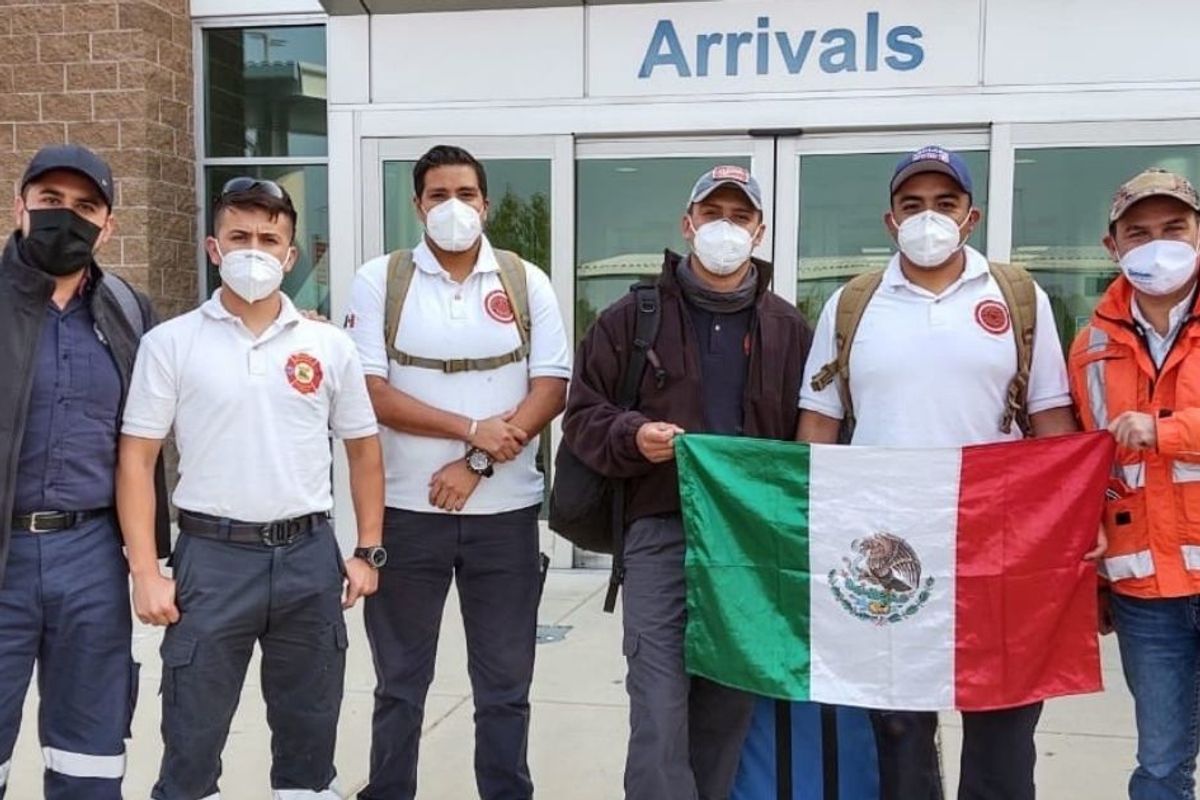 The entire west coast of the United States is either on fire or covered in some measure of smoke and ash at the moment. We've seen photos of the midday sky the wrong color, from eery orange to apocalypse red. Entire towns have burned down, air quality indexes are hovering in the hazardous zone for millions, and our skilled, brave firefighters are overwhelmed.

Right now, the west needs all the help it can get.

Enter the volunteer firefighters of Guanajuato, Mexico who have arrived in Southern Oregon to help try to get the raging blazes under control. Known as the Heroic Fire Department of Guanajuato, the firefighters come from a city in central Mexico that has a 50-year "sister city" relationship with the Oregon city of Ashland. According to Portland Monthly, the five firefighters dispatched to Oregon have trained in the area before, which means they can jump right in.

The men include Captain Aldo Iván Ruiz, Captain Juan Armando Alvarez Villegas, Sargent Jorge Luis Anguiano Jasso, Sargent Luis Alfonso Campos Martínez and firefighter Miguel Ángel Hernández Lara. They arrived in Oregon Thursday, along with the city's mayor, Alejandro Navarro. The group has already gotten started and are "very moved by the terrible impact of the fire on families and their homes," Mayor Navarro wrote in a tweet, adding the hashtag #PrayForAshland.

Ashland is a picturesque town in Southern Oregon best known for its 85-year-old, Tony award-winning Oregon Shakespeare Festival. The Alameda Fire that threatens the town and has forced evacuations is just one of many fires burning in Oregon. Today, the New York Times reported that 500,000 people are under evacuation orders in the state. That's 10% of Oregon's population. Other states have begun sending firefighters to help as well.

Five firefighters might not sound like a lot, but every set of skilled hands helps—especially individuals that are familiar with fighting fires in a specific area. While this story is a lovely example of support, it also highlights one of the many benefits of maintaining positive relations across borders and nurturing international friendship and cooperation.

When need arises, friends and allies step up to help. Thank you, Guanajuato, for sending help to a state that isn't even in your own country. Your generosity is definitely appreciated.