Remember the 'Rosie the Riveter' image pretty much everybody knows? It's not what you might think.

There are icons of our culture that sometimes aren't what they seem to be. Or maybe they evolve over time to become something else. 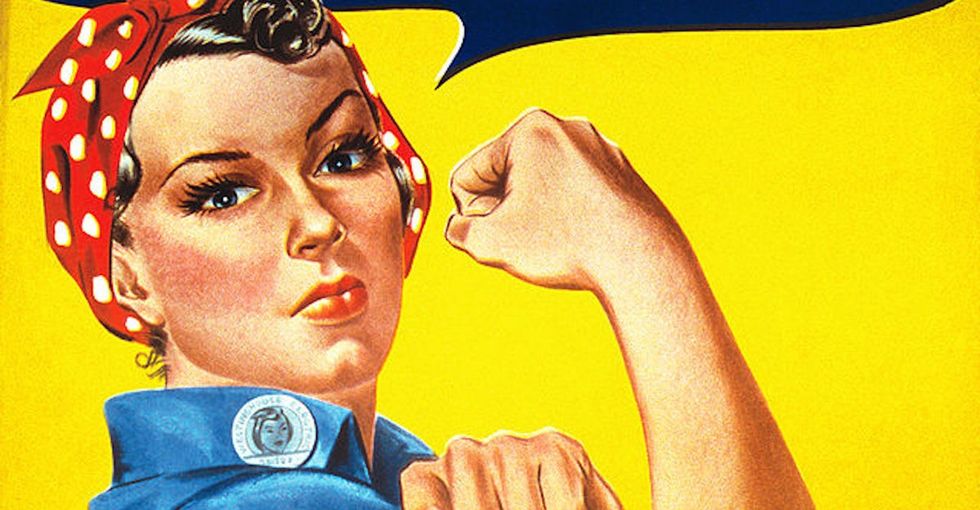 Rosie the Riveter was somebody who made it into a popular song, the cover of a Saturday Evening Post, and the modern feminist movement. But like many things in our culture, her actual appearance was different from what the media portrayed. In researching this, I was rather amazed at the number of women who were supposedly the real Rosie.

Rosie the Riveter was not really just one person. She was a composite of all of the women who went to work, many for the first time, during World War II. These were the jobs that men used to do — factories, assembly lines, welding, taxicab drivers, business managers, and much more. 6 million women became Rosies all over the country. From 1940 to 1945, the female workforce grew by 50%. The phenomenon even created a secondary need that wasn't very much in demand before that: child care workers.

By 1944, the movement increased the number of working American women to 20 million. Some were African-American, Latina, and other backgrounds who were previously underrepresented in the workforce.

Rosie the Riveter first came into our nation's consciousness via a popular song. Our country was already experiencing women in the workforce, and the effort to recruit women was being spun up. In 1942, Redd Evans and John Jacob Loeb penned a song, “Rosie the Riveter," about these women who were going to work in massive numbers.

It was later recorded by several different people and made famous by James Kern “Kay" Kyser.

Then, Norman Rockwell painted this famous cover for the May 29, 1943, edition of the Saturday Evening Post. The model he used, Mary Doyle Keefe, died in 2015. Note how muscular and rugged she looks; it's a pretty stark difference between that and what has more recently become the popular image of Rosie the Riveter:

In 1942, J. Howard Miller created this now-famous poster for Westinghouse Co. that actually wasn't meant to be Rosie the Riveter, though it was meant to help the war effort as a morale booster.

It was in the early 1980s that this image became what most of us now think of as Rosie the Riveter. It was more or less adopted by the feminist movement as a symbol of women's power, and it remains that way today.

The fact that women entered the workforce in record numbers didn't change the sexist attitudes of the times, however. The average pay for a man working in a wartime plant was $54.65 a week. For women? $31.21.

Even though the war eventually ended and many of those servicemen got their old jobs back, that was the turning point for women proving themselves in the workforce. One thing was for sure: After the war was over, they were not all going back to being barefoot and pregnant in the kitchen.

Here's a pretty concise video about Rosie the Riveter if you prefer your history in video form: