Lately, some of the values that Disney movies instill in young girls have been questioned. And if this "honest trailer" for "The Little Mermaid" is any indication, that's a very good thing. 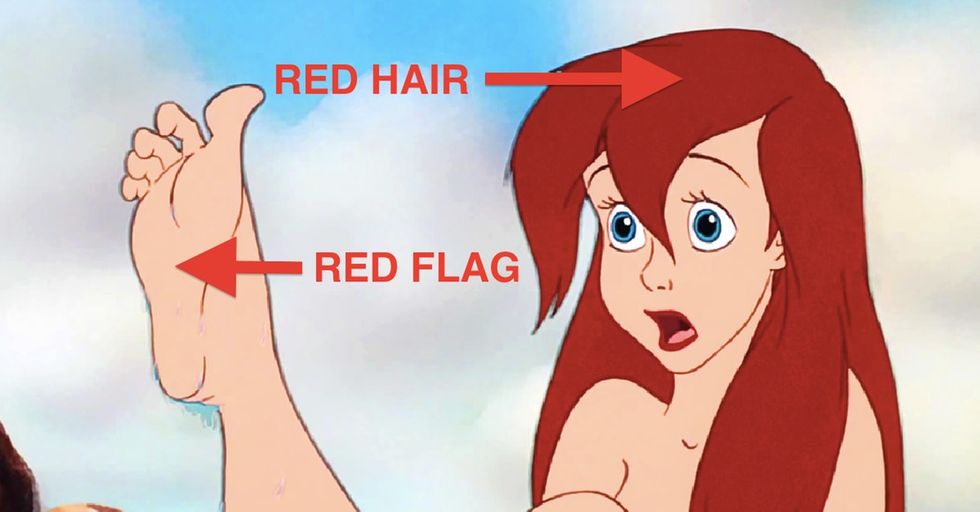 This honest trailer of "The Little Mermaid" is brilliant.

For starters: Are these dolphins getting paid?

Do all the fish in the sea have to make a living? If so, is Flounder's job to be Princess Ariel's cute companion?

Princess Ariel falling in love with a prince makes sense — Eric is dreamy.

But "because he's hot" shouldn't be the reason Ariel, among other things, changes her species. If only Ariel and Taylor Swift could be friends.

She might suggest Ariel talk to Eric for a little while before going all-in.

"Would you change the bottom half of your body to a horse's if Chris Hemsworth was a centaur?" she might ask.

I'm guessing no. If it's still yes, I have some questions.

But Ariel's vaguely Jamaican buddy Sebastian is an enabler.

Also, the closest thing this movie has to a black person.

Signing away her voice for a boy is definitely a commitment. She *is* only 16.

But giving it to a witch who hates her whole family? Hmm...

Honestly, Ursula might be a better role model anyway.

These messages went right over my head when I saw this at 7 years old. It's telling girls stuff like:

1. Look pretty and change yourself if you want a man.

Also, don't be satisfied with your body the way it is. Change yourself drastically. Because love!

2. If you sign suspicious legal documents that you can't get out of, maybe the guy you met and married in three days will solve it for you. With murder.

Three days and you're vanquishing witches for her? Maybe you two do have something in common: a lack of impulse control.

3. After that, if you're still somehow living, abandon your family, friends, and home to marry the hot guy you just met.

Did they even discuss him becoming a merman? She is ALSO a princess, folks.

Choices are probably a little easier if you always do what'll make Prince Hot Stuff (or the man you love) happy, am I right, ladies?