Prince Harry speaks out about conservation: 'We must overcome greed, apathy, and selfishness' 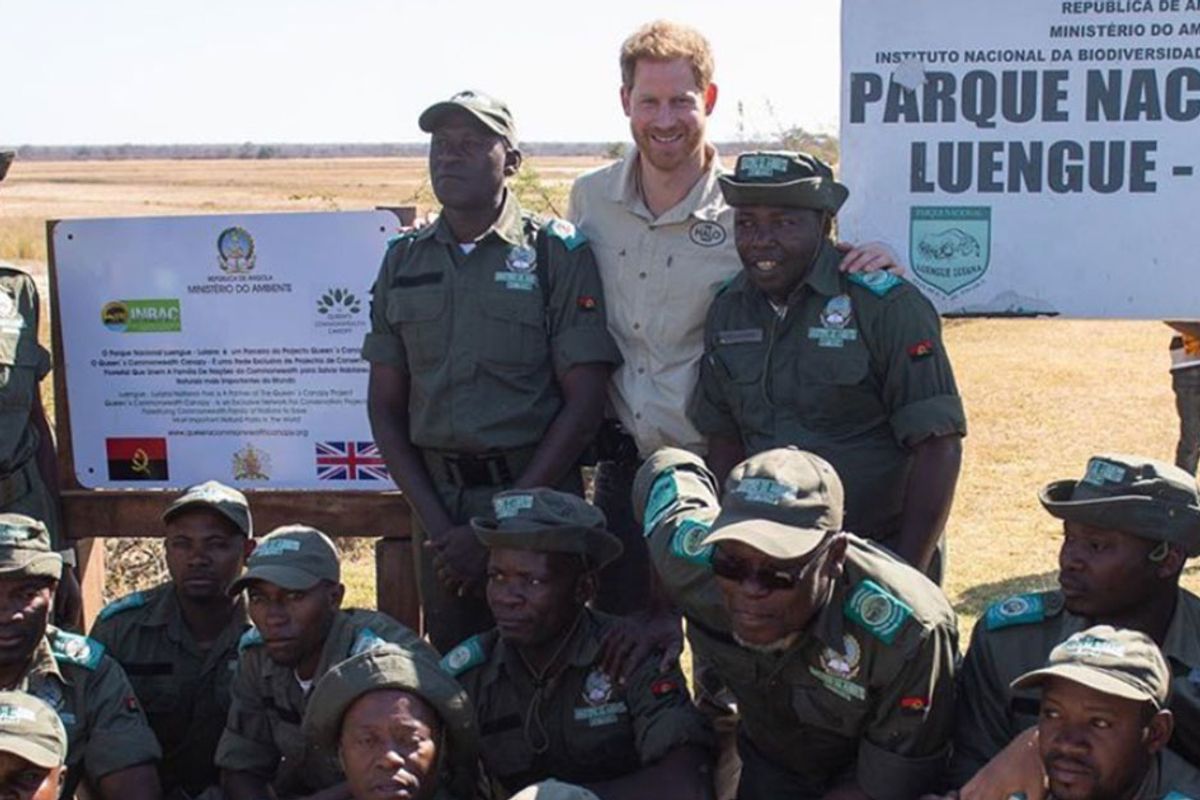 Prince Harry's royal tour of Africa must be eye-opening. The royal recently wrote an essay published in The Telegraph stressing the importance of conservation, calling out the problem for what it is. "I have no problem in admitting that we are all part of the problem in some way, but a lot of us simply aren't aware of the damage that is being caused," wrote the Duke of Sussex.

Prince Harry details the consequences of neglecting and ravaging the environment. "Rivers and deltas have been overfished in an unsustainable manner - mainly to sell to neighbouring countries who have out-fished their own stocks. This only benefits the few who are selling them and leaves the communities that depend on them with nothing," Prince Harry wrote. West Africa loses an estimated $1.3 billion to illegal fishing each year. Senegal alone loses $300 million to the practice, which accounts for 2% of the country's GDP.

On the land, Africa's animal population is also in danger. "Elephants and rhinos are being poached towards extinction while funding international crime, and the bush meat trade is destroying what's left of the collapsing biodiversity that is so critical to remaining intact," he wrote. He's not wrong. In 1930, the elephant population of Africa was an estimated 10 million. Now, it has dwindled to 415,000 elephants.

While humans have been the cause of the problem, they're also the effect of the problem. A reduction in the environment of a region results in a scarcity of food and jobs for the local people, and the people who live on the land don't benefit from the land. "They currently don't have alternatives to provide for themselves; it's survival, but it's not sustainable in the long run, so at what cost for the next generation?" he posited.

RELATED: Meghan Markle delivers powerful speech on gender-based violence in South Africa: 'I am here with you as a woman of color and as your sister'

Prince Harry wasn't just doom and gloom. We can fix the problem, and he had some ideas. "From what I've seen on the ground, it is when communities are incentivized to safeguard and manage their natural assets — be it water, trees, or wildlife — that everyone benefits," he wrote. "The natural order is restored and the symbiotic relationship between humans and wildlife is re-balanced. This may well sound hippy to some, but we cannot afford to have a 'them or us' mentality."

Prince Harry concluded his essay with a powerful reminder conservation isn't just for a select few, like members of the royal family — conservation is for everyone. "Conservation used to be a specialist area, driven by science. But now it is fundamental to our survival and we must overcome greed, apathy, and selfishness if we are to make real progress," he wrote.

RELATED: Prince Harry celebrated his first Father's Day with a family photo that broke the Internet

The royal doesn't just talk the talk, he walks the walk. Prince Harry recently unveiled a new conservation in Angola. The Luengue-Luiana National Park will join the Queen's Commonwealth Canopy, a network of conservation initiatives. The park will protect an ancient elephant migration route. "The country was once home to over 200,000 elephants before the civil war," wrote the palace. "The hope is to create 'corridors' through the forest to encourage elephants to return to the region safely." Angola's elephant poaching rate is one of the highest in Africa. Hopefully, that will change.

The Royal Family on Instagram: “🌿🍃The Duke of Sussex welcomes the Luengue-Luiana National Park as the newest member of The Queen's Commonwealth Canopy. The Queen's…”

National Geographic on Instagram: “Photo by @sussexroyal | We are pleased to announce that Prince Harry, The Duke of Sussex @sussexroyal is guest-curating our Instagram feed…”

It's great that Prince Harry is lending his voice to raise awareness for the issues that face Africa. However, you don't need to be a member of the royal family to care about the world we live in. The great thing about conservation is that anyone can do it, no matter what your lineage is.

Keep Reading Show less
diversity and equality
Get stories worth sharing delivered to your inbox
By signing up you agree to Upworthy's privacy policy.
Trending Stories
skateboarding
Culture