Photos: See the dramatic change in these before-and-after images of the refugee crisis.

Seven startling image pairs show life before and after the refugee crisis. 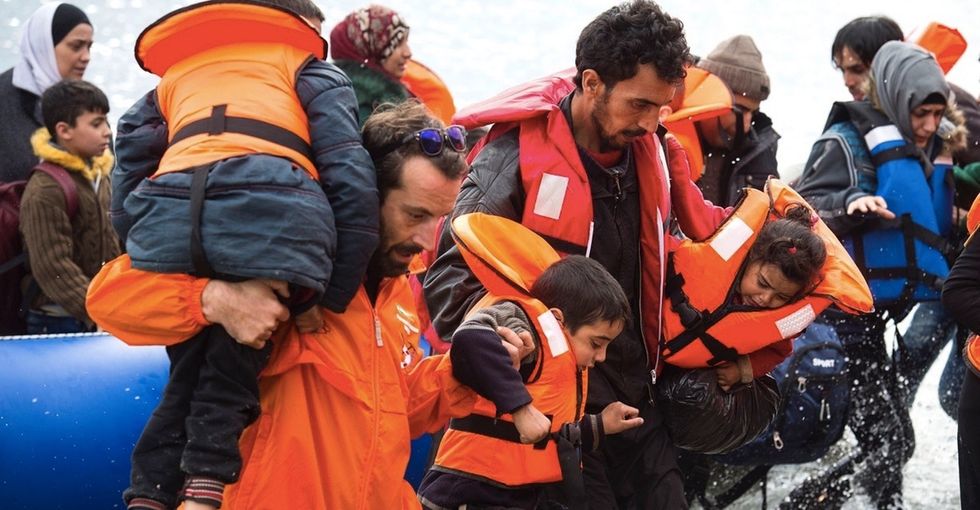 In March 2016, the route many refugees were using to flee to safety closed for good.

"I want to get out from here," Lazmiya, a Syrian refugee stuck in the Greek town of Idomeni told Al Jazeera. "I have not had a shower since I arrived. There is little assistance. All my clothes are soaked... We are dying here."

The Balkan route stretched from Greece to Northern Europe. Several hundred thousand asylum-seekers used the route, many hoping to make it to Germany. Until this spring, the countries along the way, Macedonia, Serbia, Croatia, Slovenia, and Austria had "wave-through policies" that made it easy for people to walk across the borders under little to no control.

But European Union leaders committed to shutting down the route and ending the border control loopholes, leaving thousands stranded or looking for new routes.

Meanwhile, life in many of the towns along the Balkan route has returned to normal or, at the very least, a new normal.

These photographs show what key locations along the route looked like last year and what they look like now. The differences are startling.

See the dramatic changes a year can make in the seven image pairs below.

1. Stemming the tide in Rigonce, Slovenia

In the top photo, from October 2015, people were escorted by police to a refugee camp in Slovenia. The bottom photo, from July 2016, shows the region's now empty fields.

2. Refugees making their way on foot to the Austrian border

In 2015, many refugees arrived in Hungary by train and due to wave-through policies were able to walk over two miles into Austria. Now, this stretch of road is mostly quiet.

3. Ready to leave and no way to do it

Hundreds protested outside of the Budapest Keleti railway station in Hungary after it was closed to refugees and migrants on Sept. 1, 2015.

4. Faces of fear and uncertainty in Budapest

As refugees waited and protested at Keleti station in 2015, one little girl approached the police officers guarding the doors. Today, the same spot is a popular waiting area for travelers.

5. After much delay, a bus stop unlike any other

After waiting and protesting at the train station, thousands of migrants started the long march toward Austria, but the Hungarian government decided to provide buses for anyone still in the capital city. With border closures, gestures like this are no more.

6. Waiting for word in Dobova, Slovenia

In 2015, refugees wait in Dobova for police to escort them to temporary holding camps. Now, the road in this border town is much less crowded.

7. Pushing and running toward a new opportunity

Refugees forced their way past police at Tovarnik station in an attempt to board a westbound train to Zagreb, Croatia.

The danger in Syria, Afghanistan, and other war-torn countries is still very real.

If refugees cannot flee along the Balkan route, where will they go?

Some search for new routes to Northern Europe; others wait, stuck in makeshift camps in Greece, unable to cross the border.

A port in Athens, where 1,500 refugees and migrants live at a makeshift camp. Photo by Angelos Tzortzinis/AFP/Getty Images.

While limiting the number of refugees and closing down borders may solve the problem for countries running low on resources, housing, and patience with the crisis, it doesn't stop the violence and destruction that made escape the only option for these people in the first place.

Now, more than ever, we need to come together and work toward solutions to ensure the safety of security of displaced people. They need our help and support, and together, we can be a voice for good.