Parkland students and gun owners got into a heated debate that ended in tears and hugs. 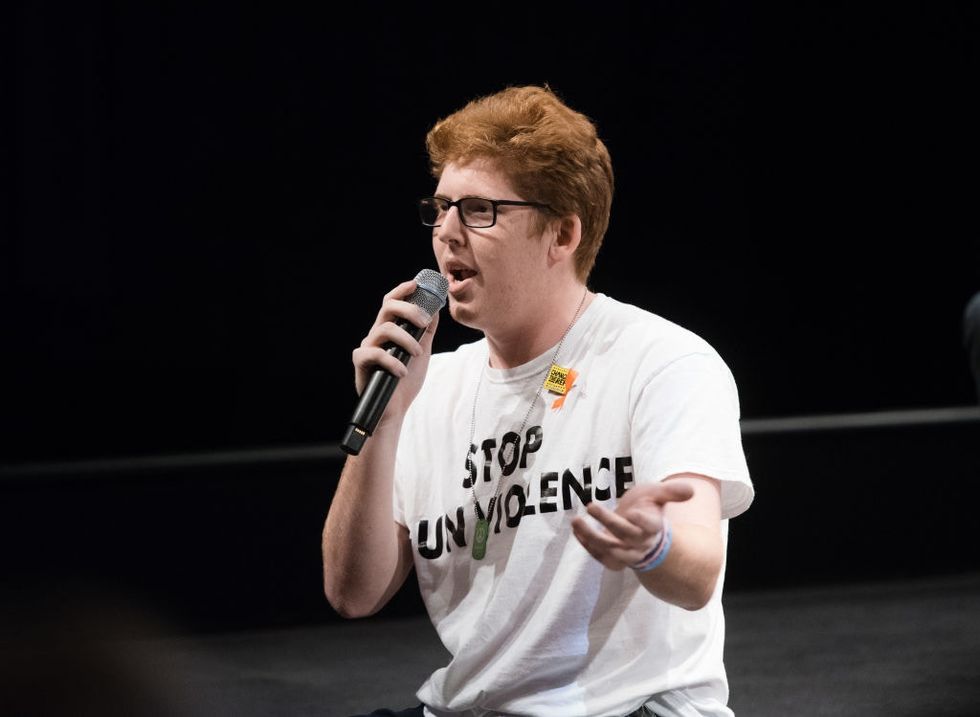 Some of the March for Our Lives student activists have been traveling across several cities as part of their #RoadToChange tour, which is focused on getting people to vote in the 2018 midterm elections and support gun safety measures.

At a stop in Dallas on July 7, they were speaking to students at Paul Quinn College.

The Parkland activists were well received by the students attending the town hall, but a number of armed protesters showed up outside the venue.

It was an understandably tense moment. After all, these students were only recently removed from the tragic mass shooting at their high school in February 2018 that killed 17 people and thrust them into the national spotlight.

However, some of the Parkland students, including David Hogg, decided to step outside and directly engage with the protesters.

"The reason we’re here today isn’t to take anybody’s guns away. It's to listen," Hogg said.

When people saw Hogg and a gun owner discussing their perceived differences, a small but powerful breakthrough happened.

The two sides talked through their disagreements, and the conversation ended with some tears and lots of hugs.

Fellow Parkland survivor Matt Deitsch chronicled the exchange on Twitter, noting that after one of the protesters began talking with Hogg, a few others approached and joined what turned into a 90-minute conversation.

There was plenty of debate, but even in discussing one of America's most intense, partisan issues, the two sides found common ground.

"This is the most American thing I've ever done," Deitsch noted one protester said. "Thank you so much for helping us understand."

The gun debate remains contentious, but an overwhelming number of Americans actually agree on commonsense reforms.

Talking about those areas and cutting through the noise can lead to real progress.

As Hogg himself said on Twitter after his dialogue with the protesters, "Be open to conversation with those who don't agree [with] because you might learn something."

People fear what they don't know. The people practicing open carry have an opinion that matters just as much as you… https://t.co/bfdfJvesKJ
— David Hogg (@David Hogg)1531104071.0

The Parkland students continue to lead the way on sensible gun reform. While many want to portray each side of debate as extreme, there's nothing controversial about saving lives and keeping people safe. What might be most shocking is how much we have to agree on when we get together and talk about it face-to-face.