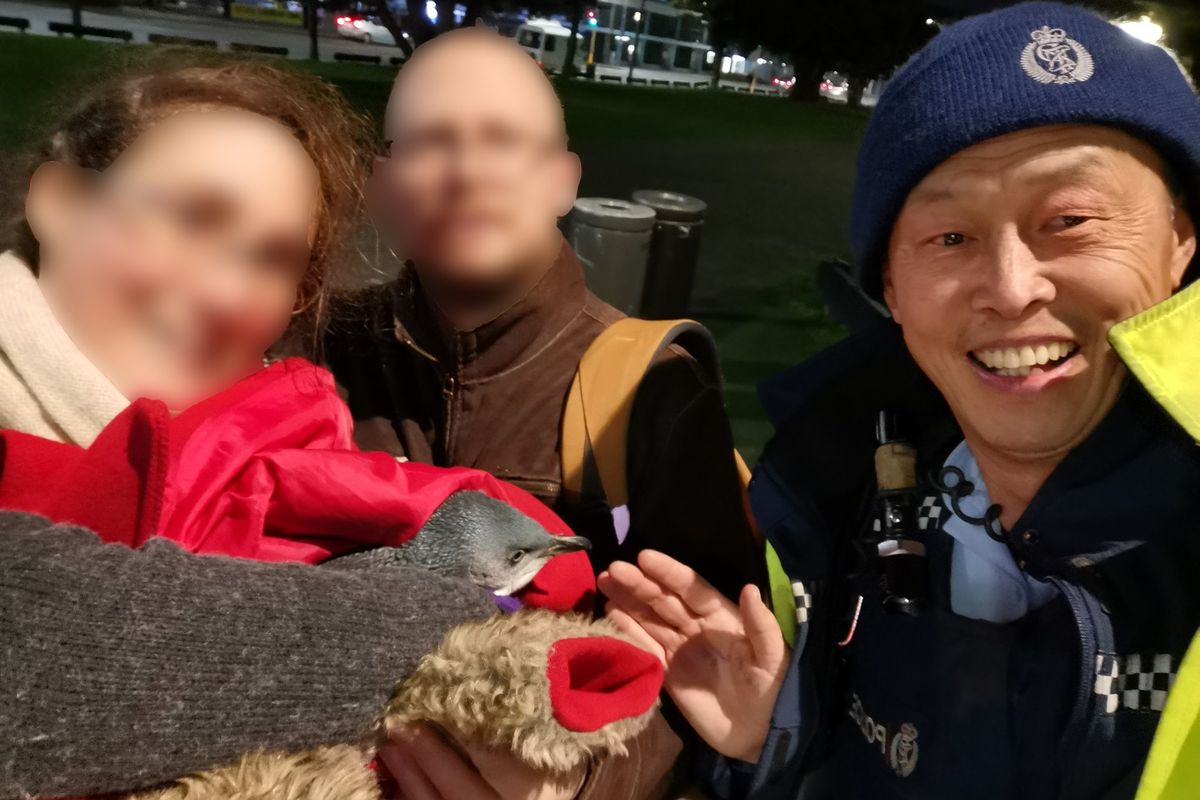 Some animals have no respect for authority. Rogue penguins are disobeying the police in New Zealand, and they can't stop, won't stop.

Two little blue penguins were spotted at Sushi Bi near the Wellington railway station, allegedly trying to nest. The penguins had to cross through busy lanes of traffic running between the harbor and the sushi bar.

The dangerous duo was detained by the police, then released back into Wellington Harbour.

Using the 'dictionary definition of racism' defense is a sure sign you don't understand racism.

"The waddling vagrants were removed from their sushi stand refuge earlier today by Constable John Zhu," the police said. "Unsurprisingly, this was not the first report police had received about the fishy birds."

We're not sure if they were casing the joint or just out on a joy ride. Either way, these penguins were anything but scared straight by their run in with the law. The very next day, the penguins returned to the scene of the crime and were spotted at Sushi Bi. Again, they were removed and put back in the harbor.

Sushi Bi employee Shawnee Kim said the penguins were "really cute" and tried feeding them salmon. They wouldn't eat the salmon, which means their crime spree isn't about stealing goods. Little blue penguins start looking for nests in July, and start breeding in August. It's likely these two were looking for a spot to get their nesting on.

Someone named 'Jeffrey' or 'Michael' is more likely to be a CEO than a woman.

The location is now being monitored just in case the penguins return to their wicked ways. Penguin recidivism is a problem, apparently. "It's a natural characteristic of the penguins - they will always return to where they possibly were nesting," Department of Conservation volunteer Mike Rumble said. Rumble helped with the removal of the penguin perps. "That's why here, tonight, even though this is a good 200m-300m away, I wouldn't be surprised if the owner of the sushi bar says 'they're back.'"

The appearance of these rogue penguins might be a good thing. The population of little blue penguins is starting to thrive due to recent conservation efforts. Not to mention, it's completely adorable.