'I'd rather be "the other" than the cookie cutter.' 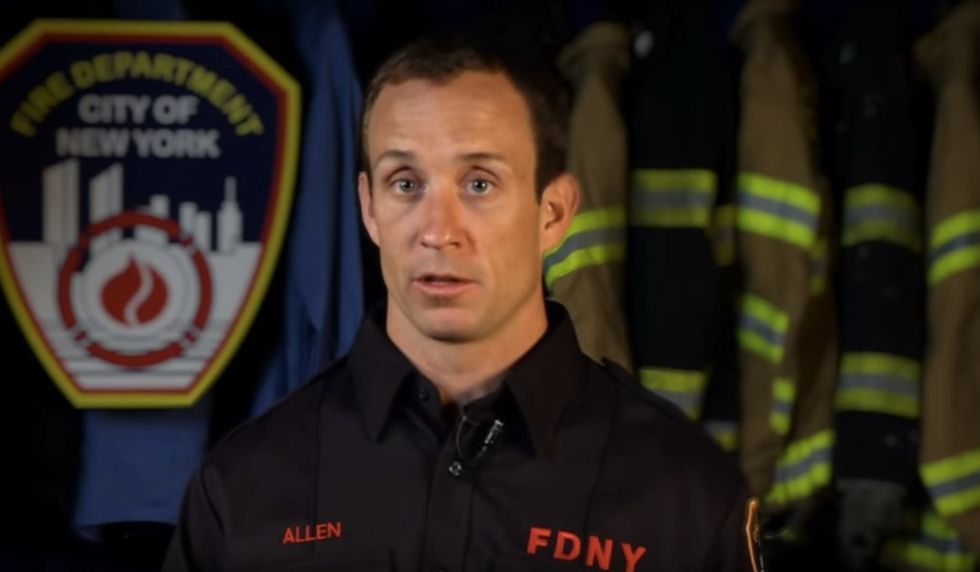 I remember hearing the word "fag" tossed around the locker room like it was no big deal.

Like it wasn't the dehumanizing, hateful word that it is.

I am gay. And I, like millions of LGBT people, remember firsthand the pain I endured in locker rooms — and in hallways, and in cafeterias, and sometimes just sitting in class — because I was different.

Teens who identify as LGBT are significantly more likely to face bullying and violence at the hands of their peers than their straight counterparts — and that takes a toll on their mental health. Kids who are LGBT are at greater risk of depression and more likely to contemplate — and commit — suicide.

As a queer kid growing up and feeling less than, it seemed like only straight, macho guys could become heroes...

...which is why a new video made by New York City firefighters is so validating. I know "middle school me" would have loved to hear what they had to say.

In the video, which was created in conjunction with the It Gets Better project and in recognition of National Coming Out Day (which falls on Oct. 11 every year), LGBT firefighters in the FDNY opened up about their own struggles being different.

They also shared stories of hope and explained that being different is actually pretty cool.

Because sometimes the most powerful thing you can tell a young person who can't see the light at the end of the tunnel is that, yes, things do get better.

"When I decided to come out, I kind of channeled that ... that defiant, I am 'the other.' And I'm OK with that. I'd rather be 'the other' than the cookie cutter." — Luke Allen, FDNY

"Being able to embrace who you are and say, 'This is me, I'm not changing for anyone. I love who I am,' is such a powerful, empowering experience." — Victor Berrios, FDNY

In a statement, FDNY Commissioner Daniel A. Nigro said, "As firefighters, paramedics and EMTs in the most diverse city in the world, FDNY members have the tremendous opportunity to inspire young people through their brave work every single day. Through this video, they deliver an important message to lesbian, gay, bisexual, transgender, queer and questioning youth around the world — it absolutely does get better."

I may not have become a firefighter, but I did become a writer who's very happy with how things are turning out. So I, too, have to agree: Hang in there! Blue skies are on the horizon.

Check out the whole video below. It's worth the watch.