Melissa McCarthy tweets a photo of all the 'remarkable women of Ghostbusters.'

Yet another reason you need to see this movie. 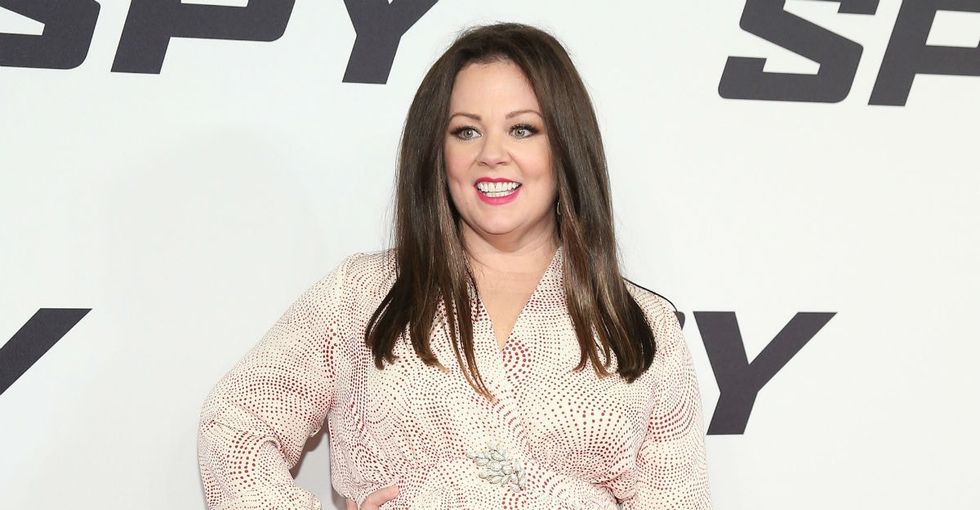 You don't need to be in a boys club to make a blockbuster. Duh.

So it's no surprise that she's proud that her new movie has no shortage of women on set.

The actor/clothing designer/smile-enabler posted a photo through her social media accounts on Aug. 25, 2015, sharing that pride with fellow girl-power advocate Ellen DeGeneres.

And as it turns out, there are a lot of women making the new "Ghostbusters" movie happen.

Yes, that's (left to right) Leslie Jones, Melissa McCarthy, Kate McKinnon, and Kristen Wiig in the front row. Yes, they're the stars of the new female-led "Ghostbusters" movie, set to release in theaters next year.

What's arguably even more badass are all the women behind the movie's four stars.

In the image, dozens of women who are part of the cast and crew sport signs describing their roles on set, filling roles from "script supervisor," to "stunts," to "writer."

It's clear gender equality was a priority throughout production of the Hollywood classic reboot. Seeing as research shows women are still majorly underrepresented in Hollywood — both in front of and behind the camera — that's sort of a big deal.

If a women-empowering, presumably hilarious (I mean, how can it not be?) film about busting ghosts doesn't get you to the theater, I don't know what will.