Melissa McCarthy launches a fashion line and calls for the end of separate plus-size departments. 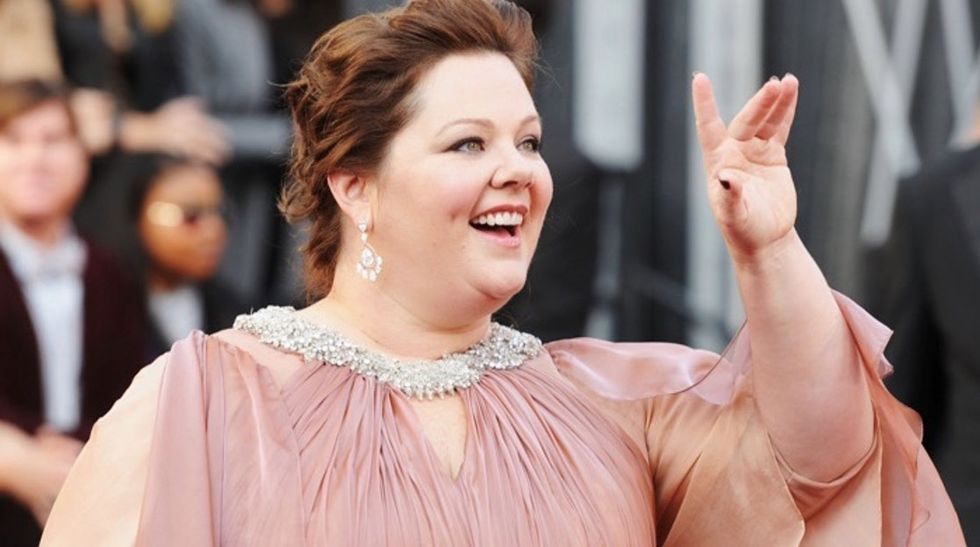 Actress, comedian, and Ghostbuster Melissa McCarthy can add one more talent to her resume — fashion designer.

McCarthy announced her new line, Seven7, an collection of leggings, tees, and denim, each $150 or less, for women sizes 4-28.

For McCarthy, this is more than a typical celebrity clothing line, it's a childhood dream realized.

We know her as a gutsy comedic actress, but McCarthy grew up with a passion for fashion and actually started her career making costumes for a dance company. (Which may explain why she consistently slays on the red carpet. Haters take note.)

In her twenties, McCarthy took a chance and moved to New York to attend the prestigious Fashion Institute of Technology, but the rush from a few open-mic nights drew her in, and her career path changed for good.

In addition to making comfortable clothes and accessories for women, McCarthy is using the launch of her line to break down barriers in the fashion industry.

McCarthy told Womens Wear Daily she's been, "every size on the planet," adding, "...when you go above a size 12, you don't lose your love of fashion."

As champion for body positivity, McCarthy denounced the label "plus-size" in a recent interview with Refinery29:

While current data estimates the percentage of women over a size 14 is closer to 65%, the numbers are still tough to ignore.

In fact, McCarthy is working with retailers to ditch the "plus-size" label and the clothing departments that only sell clothes 35% of the population can fit into for good.

" I have a couple of very big retailers that I think are going to help me chip away at that in a very meaningful way, and I'm really excited about it. I'm not ready to announce them yet, but they agreed to just put me on the floor. I said, 'Run the sizes as I make them and let friends go shopping with their friends. Stop segregating women.' And they said, 'Okay.'"

Ditching separate plus-size stores and departments is a small step that could change the way millions of women shop.

Despite a majority of women falling into "plus-size," it's still hard to find great clothes in a store because many retailers like Gap and H&M only sell their larger sizes online or in outlet malls. Specialty retailers like Lane Bryant and Torrid exist, but there is a stigma associated with shopping there. This leaves many women caught in the middle, with retailers refusing to listen despite the fact "plus-size" women spend more on clothes and accessories per month than their "standard-size" peers.

It's a $9 billion business, and McCarthy's star-power may be what it takes to get retailers to pay attention.

McCarthy's collection will be available at Nordstrom, Macy's, Bloomingdales, and Lane Bryant and is available right now on HSN.

An affordable fashion line for women of all sizes that's not strictly animal prints and unflattering muumuu tops is definitely something to cheer about.

And judging by the number of sold out pieces, I'm not cheering alone.

Me too. Me too. GIF from "Bridesmaids."