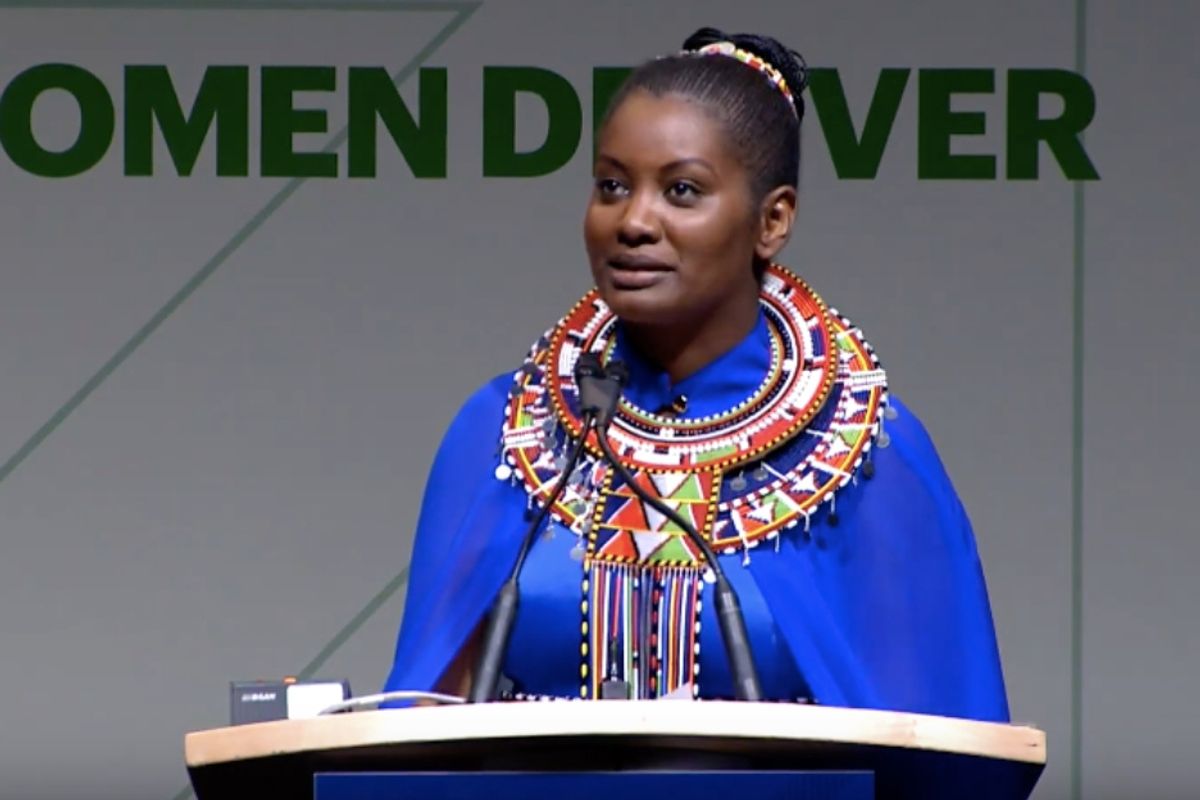 She was just 8 years old when she was supposed to under go "the cut."

Nice Leng'ete and her 10-year-old sister woke up early the morning of their cutting ceremony. They took the cold shower meant to serve as their only anesthesia before having their clitorises removed. Then they quietly slipped out of their Kenyan village and ran through the bush to their aunt's house 40 miles away.

They had seen other girls in their village get cut, heard their cries of pain, seen some faint and even die. They didn't want to go through that themselves.


A week later, the girls were found, brought home, beaten, and threatened. They were told they would not be real women if they did not get cut. They would not be able to marry, and would bring shame upon their family.

Leng'ete wanted to run away again, but her sister refused, afraid that the consequences of resisting may get worse. Leng'ete approached her grandfather, a respected elder, and told him she would keep running away and become a street child if he insisted she get cut. He finally relented. He told the village to let her remain as she was, though she would face ostracism from the community and be considered a coward.

Nothing was going to stop Leng'ete from getting her education—and from helping girls like her. Eventually, she connected with Amref Health Africa, an organization that supports community-based health initiatives, and started a years-long journey toward eduacating her community away from FGM rituals and toward healthier alternatives.

Leng'ete has helped save 17,000 girls from FGM through community education and the creation of alternative rites of passage.

As Leng'ete shared her story on the main stage at the Women Deliver conference in Vancouver last week, the mostly female audience sat in reverent silence. Some in the crowd came from regions where FGM is common. Others, like me, came from regions where the practice is seen as unfathomably barbaric. Many of us have daughters and couldn't imagine an 8-year-old walking in Leng'ete's shoes.

However, our horror was soon replaced with hope, as Leng'ete explained how she was able to change her community's FGM rituals.

It's not easy to change a culture, and the deck was stacked against Leng'ete in many ways. However, she also had the distinct advantage of understanding the culture she was trying to change.

"The key word is patience," she said. "It's about giving them time, taking it slow. I'm from that community, I'm not from any other community, so we speak the same language."

Leng'ete told the audience at Women Deliver how her patience and persistence in providing education paid off:

"One by one, the men came to understand that the cut was bad for the whole community. People really started to listen. After years of perseverance, something started to shift. The elders persuaded the rest of the village to abandon the cut. They replaced the pain and fear with a new ceremony that celebrated the dreams of every girl. It is such a beautiful moment. The elders bless the girls as they always did, but now they bless them to be able to continued their education before getting married and having children."

In addition, Leng'ete said that she was allowed to attend a meeting of cultural leaders in 2014, where they created an oral Constitution that would stop FGM among Maasai communities. As a result, 17,000 girls have been saved from the cut. Because of her effective advocacy, Leng'ete was named one of Time's 100 most influential people in the world in 2018.

Millions of girls are still at risk of FGM, which is why support for sexual and reproductive health is vital.

Female genital mutilation has been a right of passage for girls and women in various countries for centuries. Though its origins are unclear, evidence of FGM has been found in Ancient Egypt as well as Ancient Rome. As the world has grown smaller and knowledge has increased, the practice has become a heinous symbol of patriarchal control for many. But in communities where it is still practiced, tradition and cultural identity have outweighed education about sexual health and well-being.

That's changing, thanks to activists like Nice Leng'ete. She says the key is to educate people about why the cut is harmful and then let the community create alternative rituals to mark coming-of-age. Experience shows that such change is far more effective when it comes from within the community itself, where cultural knowledge and understanding can bridge gaps and smooth transitions.

Where outside influence can help is with resources and funding of grassroots education and advocacy efforts. For example, Leng'ete has worked with Amref to establish sexual and reproductive health training programs that accompany alternative coming-of-age rituals, and that education is vital for everyone in the community.

It's important to remember that sexual and reproductive health advocacy is not just—or even mainly—about abortion. Supporting women's reproductive health initiatives helps end harmful practices like FGM and child marriage as well. (You can read more about Leng'ete and Amref's goal to end FGM by 2030 here.)

Here's to strong, courageous young women like Nice Leng'ete taking a stand and changing the world for the better.

The Power of Agency: Changemakers on surviving and preventing gender-based violence www.youtube.com