Luke Perry shared how one attitude adjustment helped him overcome 256 rejections and get his first real acting job. 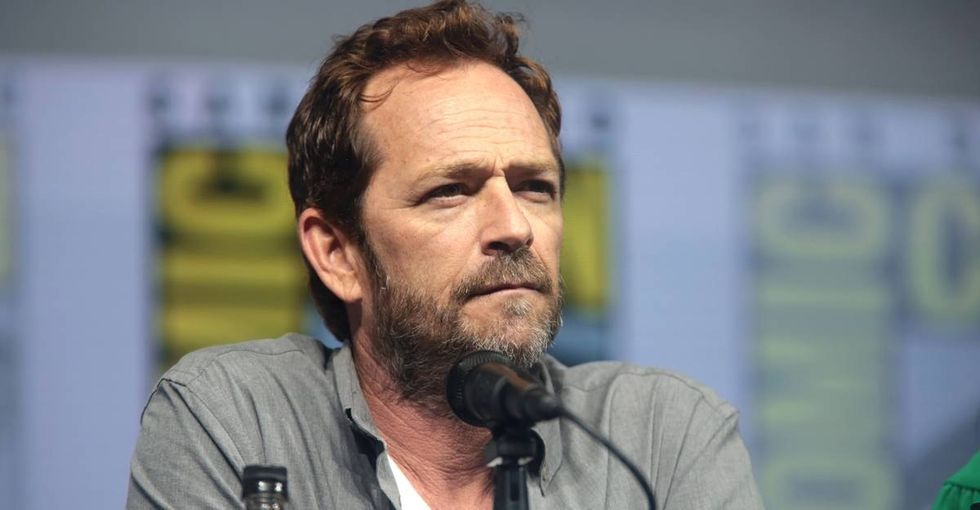 The world is mourning the death of an icon who lived and breathed ‘90s cool with the passing of Luke Perry at the age of 52.

Perry passed away four days after suffering a massive stroke.

He shot to stardom in 1990 as Dylan McKay on “Beverly Hills 902010." McKay was a bad-boy surfer with an intellectual streak whose soft-spoken intensity was reminiscent of James Dean.

Although he could never truly shake the McKay character, Perry worked consistently after “90210” left the airwaves in 2000. From 2016 until his passing, Perry starred as Archie Andrews’ father on the CW’s “Riverdale” and he's slated to appear in Quentin Tarantino's "Once Upon a Time in Hollywood" which is set for a July release.

In Hollywood, it takes a lot more than talent to make it to the top. If you don’t have the connections, you’ve got to have tenacity and Perry’s was legendary.

In a satellite radio interview posted to YouTube by Sway’s Universe in 2013, Perry shared how his tenacity mixed with cultivating a take-it-or-leave-it attitude helped him overcome 256 rejections and land his role on “90210.”

I just kept thinking, I just walked out of a room full of fools. Those people have no idea and you gotta keep telling yourself that because you gotta get back in the room. It's like a horse. You fall of you've gotta keep getting back on. ...

I was really starting to get quite a bit of an attitude at the end. Let’s say audition 250, I just walked in I’m going, ‘I know you’re gonna say no, just say it quickly so I can get to the next place.’

I knew everybody was going to turn me down, so I’m starting to get pissed off about it. And when I came in not expecting anything other than to be asked to leave, they sort of took notice of that and it changed the nature of the work I was doing.

I wasn't going in trying to be the guy they wanted. I said, 'Here's what I do and if you want this, you call me. If you don't want this you call somebody else. And I'm out.'

That enabled me to have the confidence to go in and it allowed me to feel like I was doing my work. I wasn't trying to serve whatever idea they thought it was and that's how I got 90210 and that's what Aaron [Spelling] responded to. I wasn't trying to do it like everyone else. I just said, ‘This is what I do — yes, no — I don’t care.’