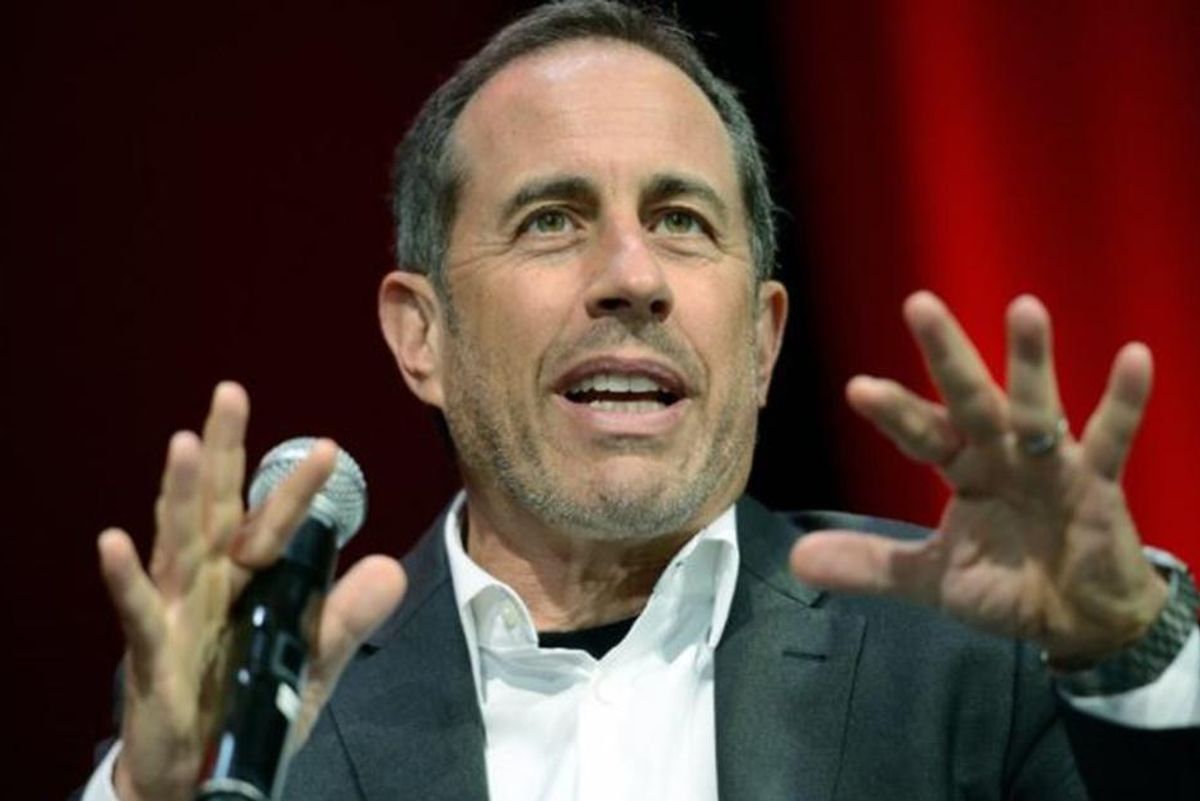 Jerry Seinfeld has been one of the keenest observers of the human condition for over five decades. Albeit most of his observations have been brilliant dissections of the mundane, most famously socks, chips 'n dip, and sports jerseys.

However, earlier this month the comedian got serious on Tim Ferriss' podcast, revealing the two routines that help him stay sane and creative in the mentally and physically draining world of comedy.

Ferriss is best known for his book, "The 4-Hour Work Week."

"Weight training, and Transcendental Meditation. I think I could solve just about anyone's life, and I don't care what you do" Seinfeld said.

"I think your body needs that stress, that stressor," he added. "And I think it builds the resilience of the nervous system, and I think Transcendental Meditation is the absolutely ultimate work tool."

"As a standup comic, I can tell you, my entire life is concentration fatigue," he said. "Whether it's writing or performing, my brain and my body, which is the same thing, are constantly hitting the wall. And if you have [TM] in your hip pocket, you're Columbus with a compass."

The comedian practices TM twice a day or "any time I feel like I'm dipping," he said. For example, if he isn't feeling inspired during a writing session, he will meditate. "If I sit down and the pen doesn't move for like 20 minutes, I know I'm out of gas," he said.

In 2018, Seinfeld told Page Six that he and his wife, Jessica, have practiced TM for over two decades. "My wife and I have been meditating for 25 years. We're happier, healthier, we look better," he said. "I was ­5-foot-4 before I meditated."

Numerous studies have proven that practicing T.M. can help with stress, anxiety, PTSD, and hypertension. It's also associated with an overall increase in life satisfaction.

However, the Maharishi Foundation USA, teachers of the trademarked technique, is often criticized for charging people to learn the practice. Some say it's basically a traditional mantra meditation that can be learned elsewhere for free.

"So it's three times a week of weights, and three times a week, the interval cardio training," he told Ferriss. "And there are a lot of days where I want to cry instead of do it because it really physically hurts. But I just think it's very balancing to the forces inside humanity that I think are just, they overwhelm us."

In the end, Seinfeld believes these two practices help him maintain his mental and physical health while improving his writing, which he calls "the most difficult thing in the world."

"A lot of my life is — I don't like getting depressed," he admits. "I get depressed a lot. I hate the feeling, and these routines, these very difficult routines, whether it's exercise or writing, and both of them are things where it's brutal. "

From Your Site Articles
Related Articles Around the Web
life hacks