Dyslexia may affect far more people than you realize. 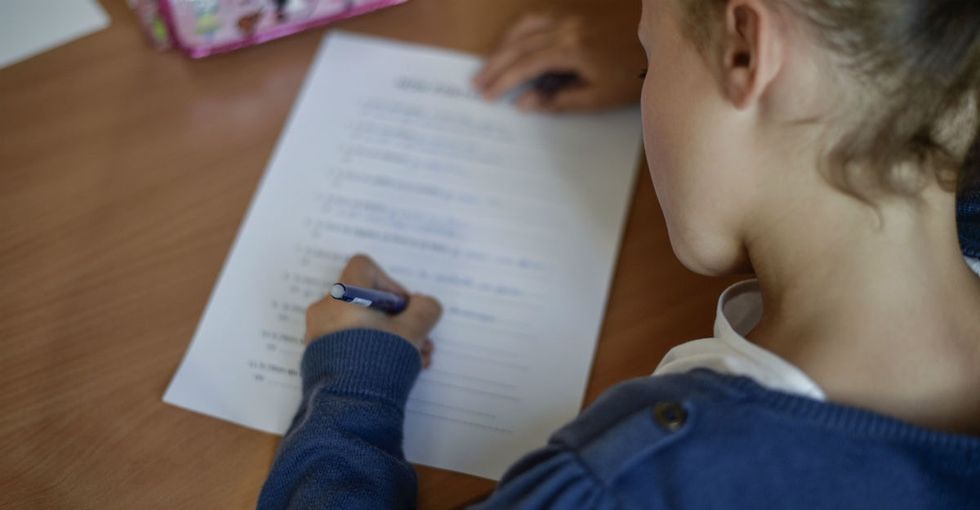 If you stumbled upon Victor Widell's website, you might think your computer was experiencing some technical difficulties.

But you'd be wrong.

The letters within each word on the site are scrambled and moving around erratically, and although you might be able to read each sentence if you slow down and focus, it's no walk in the park.

Widell designed it that way on purpose.

It's a glimpse into what someone who has dyslexia might have to deal with every day.

"A friend who has dyslexia described to me how she experiences reading," Widell writes on his site (excerpt above), which has spread across the Internet in recent days. "She can read, but it takes a lot of concentration, and the letters seem to 'jump around.'"

Seeing letters "jump around" is a common experience among (the very large number of) people who have dyslexia.

The condition — which you might also hear referred to as developmental reading disorder (DRD) — isn't a defect in a person's ability to think or focus, nor is it at all reflective of someone's intelligence (an unfortunate misconception).

Dyslexia occurs when there's a problem in the area of the brain that interprets language, as the National Library of Medicine points out. And it may affect more people than many of us realize.

Dyslexia is still underdiagnosed and kids in communities of color are disproportionately affected. Photo by Mario Villafuerte/Getty Images.

About 20% of the total population is affected by dyslexia according to The Yale Center for Dyslexia and Creativity, yet many remain undiagnosed and secretly battle this "hidden disability" without proper help.

"While there are numerous curricula and programs designed to increase literacy, dyslexia is often overlooked when searching for causes of illiteracy," the center explains, noting black and Latino students are more likely to go undiagnosed, seeing as the disorder flies even more under the radar in urban schools.

Given that about 1 in 5 of people live with dyslexia, it's no wonder Widell's website is striking a chord with plenty of people online.

His work to help nondyslexic people empathize with those who have DRD isn't the first empathetic take on dyslexia to go viral though.

Back in 2014, Dutch designer Christian Boer created a dyslexic-friendly font for folks like himself.

The font, called Dyslexie, not only helps people with dyslexia, it also helps those who don't live with it to better understand how similar-looking letters within a standardized alphabet can be a big bottleneck to those who do.

The letters in Dyslexie may look like any other letters, but they have key characteristics, like exaggerated stick and tail lengths (on letters like "j" or "b") and heavy base lines. These subtle but important factors help to differentiate letters that may seem similar in appearance to someone who has dyslexia.

Take the letters "h" and "n," for example. They sort of look a bit alike, right? Dyslexie's "h" has a longer ascender and its "n" has a shorter one.

"When they're reading, people with dyslexia often unconsciously switch, rotate, and mirror letters in their minds," Boer told Dezeen magazine in 2014. "Traditional typefaces make this worse because they base some letter designs on others, inadvertently creating 'twin letters' for people with dyslexia."

In the same vein as Dyslexie, Widell's site aims to help those without the condition know what it's like to walk in someone else's shoes.

Widell's website, of course, doesn't give someone the authority to know what dyslexia is like if they don't have the disorder themselves.

Still, the outlet notes, it's "a great way to give people a taste of the difficulties faced."

"Nothing will ever show [people who don't have dyslexia] exactly how it truly feels to read while dyslexic," one Redditor who claims to have the disorder pointed out about Widell's site. "But this is damn close."

To learn more about how Dyslexie works, check out the video below: