How I went from loving free parking to hating it and why you might too. 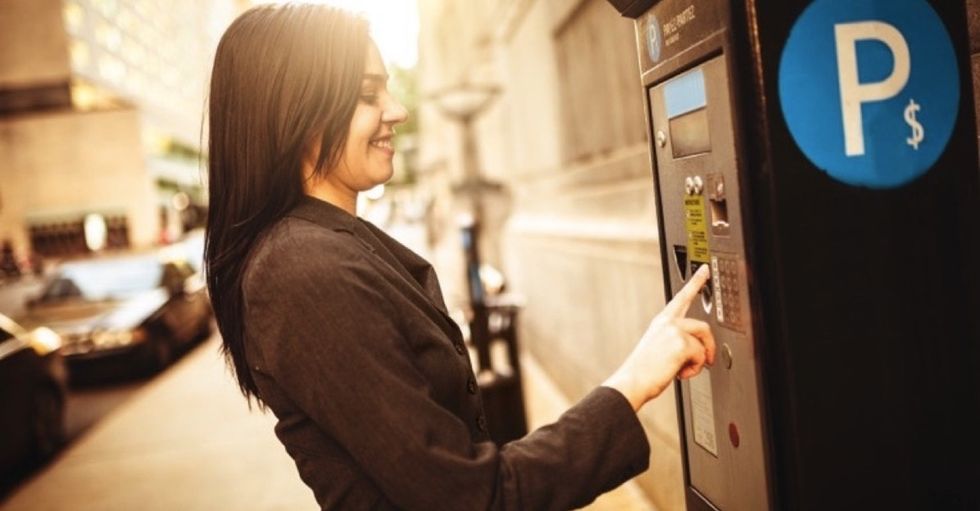 I live in a city and I own a car, so parking is never far from my mind.

Will I get a space in front of the house? Is it worth driving downtown, or should I take the bus? Do I have to parallel park if I want to try that new Thai place? (If the answer to the latter is yes, we're ordering in.)

Just a few months ago, if you'd have asked me about free parking, I wouldn't have had a strong opinion.

I'd probably shrug and say something to the effect of, "It's good, I guess."

And, on the surface, what's not to like? It's convenient. It's time-saving. It makes neighborhoods accessible and encourages travel.

Free parking is all of this and more. But, sadly, it's also not actually free.

My wife heard a report on the radio about the hidden costs of free parking and came home fired up. "You have to look into this," she said. So I did. And I couldn't believe what I found.

As it turns out, free parking costs drivers and non-drivers a substantial amount of money.

Listen close because I'm about to reveal some huge secrets, and I might change your mind about free parking while I'm at it. Here's what you need to know:

In most U.S. cities, parking is the single biggest land use. Not parks. Not schools. Not small businesses. Nope, all that land is going to paved beds for sleeping cars.

In fact, nearly 200 square miles (or 14%) of incorporated land in Los Angeles County, California, is devoted to parking spaces. That's more than 18 million spaces or just over three for each automobile registered in the county. But Los Angeles isn't the only place where cars at rest have created a serious problem.

GIF from Journal of the American Planning Association via Curbed.

Overall, there are approximately eight parking spaces for each car in the U.S. according to a report published in 2010. That's wild! And while the number of local spaces per car depends on the community, many spaces actually go unused fairly often.

As more and more people move to cities (the United Nations estimates 66% of the world's population will live in urban areas by 2050), this is going to be a big problem because congestion, traffic, and space will be of the utmost importance.

So yeah, free parking is a terrible use of space and keeps communities from achieving the mixed-use buildings our urban future requires.

When gas prices go up, people think twice about driving. They might start to carpool, consider taking the bus, or even ride their bikes. (Hats off to those brave commuters.)

But we don't treat parking like gasoline, which is kind of weird. Most destinations offer it for free, and when they don't, there's often street parking close by. This encourages drivers to circle their destinations, looking for free or reduced parking. An estimated 30% of cars driving in central business districts are actually looking for a place to park. It wastes time and gas and increases harmful emissions.

3. Free parking is paid for by everyone, and people who don't drive essentially pay twice.

Many cities require new buildings to offer off-street parking. It gives these stores, restaurants, and businesses a larger footprint. And this leads to sprawl, which is a big challenge for anyone who doesn't drive or can't afford to drive. Don't believe me? Take a city bus across town.

Plus, the store or business has to foot the bill for the parking lot, and that fee is often passed on to their customers in higher priced goods or services. So when you buy your milk at the grocery store, you're paying for the privilege to park out front, even if you walked there.

As writer Emile Rusch of the Denver Post said, "The future of parking is no parking."

Hear me (and her) out: As populations move toward more urban centers, something else is moving with them — technology. Autonomous cars, an idea once relegated to a Jetsons-like pipe-dream, are making their way into our communities.  Luxury automaker Volvo recently announced it'll have autonomous cars on the road by 2021. And Uber is testing pilot models.

Uber is preparing for the autonomous vehicle revolution with pilot models of their self-driving cars. Photo by Angelo Merendino/AFP/Getty Images.

These self-driving cars will open up new opportunities for ride-sharing. Users could conceivably request a car; work, read, or relax on their commute; and have it drop them off at their destination. Just one shared autonomous vehicle could take as many as 11 cars off the road. It also frees up their parking spaces.

Some cities are preparing for this not-so-distant future by building parking garages that can be converted to something else like retail or office space down the line. Others, well, aren't. Parking isn't even on their radar, and that's a big problem.

So what can we do? One solution is a concept you might be familiar with: surge pricing.

Smart parking meters and spaces charge drivers different prices based on demand. In this scenario, parking in a popular new shopping district would be more expensive than parking by an old strip mall. Street parking near a church might be four times more expensive Sunday mornings than Thursday nights. Demand pricing based on location or time of day forces drivers to think twice about how and when they travel to their destinations.

Donald Shoup, Distinguished Research Professor in the Department of Urban Planning at UCLA and one of the world's foremost parking experts is all about demand pricing. He suggests pricing parking spaces so that about 15% (or one or two spaces) are available on any given block. To keep business owners and residents happy, Shoup believes the revenue generated from the higher prices should stay in the neighborhood and go toward sidewalks, removing graffiti, and improving roads.

"Demand-based pricing is remarkable for how little planners need to know to do their job. They simply compare the actual parking occupancy with the desired parking occupancy and every few weeks they nudge prices up or down accordingly," Shoup said in an interview with Xerox. "Seeking the optimal occupancy becomes the new way to set prices, and it can replace intense, emotional, political choices with evidence-based decisions."

Smart meters with demand pricing are already in use in San Francisco and Seattle, but taking them nationwide will be a costly endeavor.

Many other cities use smart meters for payment but haven't tapped into demand pricing.

But neither is progress. And come to think of it, neither is free parking.