How do you make a young doctor really understand what it's like being 74? Virtual reality. 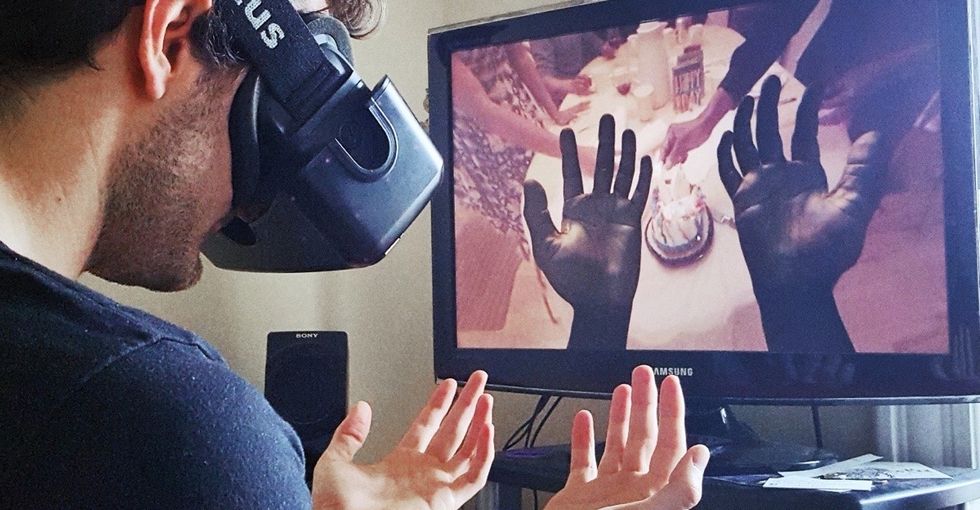 How can a 24-year-old medical student really understand what a patient 50 years older is experiencing?

While there is a growing demand for doctors trained in geriatric care, Johns Hopkins University puts the average medical student at just 24 years old, meaning medical students may not have had any personal experience with what it's like to age.

This can lead to a real disconnect between doctor and patient.

What if we could drop medical students right into the lives of their elderly patients?

A radical new project called "We Are Alfred" from Embodied Labs is trying to use virtual reality technology to do exactly that.

While caring for her mother, Shaw says she spent a lot of time trying to imagine and understand what her mother was perceiving.

"We Are Alfred" started as Shaw's master's degree project at the University of Illinois at Chicago, and has since become a proof-of-concept prototype.

"We Are Alfred" isn't just a video you can watch — it uses virtual reality (VR) to immerse viewers in a hypothetical patient's life.

When asked why she felt virtual reality was the best way to bring the connection to life, Shaw said: "A video is contained within this box — your desktop computer, your TV screen — but that's not what a human experience is. A human experience is a world."

All GIFs from Embodied Labs/YouTube.

"We Are Alfred" uses a VR headset, headphones, and a hand-tracking device to immerse users in the story of a 74-year-old patient — the titular Alfred.

The simulation takes about seven minutes and runs the viewer through six scenes of Alfred's story — from a birthday party to a minor spill to a visit to the doctor's office.

Throughout the experience, the viewer sees and hears things exactly as Alfred would – including his audio-visual impairments.

A large, dark aberration in the middle of the screen, for instance, is designed to resemble macular degeneration (the most common visual problem in the elderly).

Shaw and her team are pursuing this because doctors and patients don't always connect the way they should.

For example, in the simulation, Alfred (and the viewer) struggle when the doctor gives Alfred a cognitive test. But it's not because there's anything wrong with Alfred's cognitive abilities — it's because Alfred can't really hear what the doctor asked him to do.

This is, of course, pretty frustrating. Unfortunately, in the simulation, the virtual doctor isn't able to recognize Alfred's audiovisual impairments, and because Alfred struggles with the cognitive test, the doctor draws the erroneous conclusion that Alfred's problems are cognitive.

Teaching a student to take audiovisual impairments into account is important, but it's those shared frustrations and emotions that are the real key to the "We Are Alfred" project.

The most important function of "We Are Alfred" is fostering empathy between caretakers and their patients.

There are other techniques like having students wear vision-limiting glasses that medical schools use to try to replicate what it's like to be an elderly patient but Shaw felt those methods weren't holistic enough.

Part of the beauty of "We Are Alfred" is that it lets prospective doctors experience Alfred's life outside the doctor's office — like his relationship with his family — and feel firsthand what it's like to hear you have an impairment.

Shaw and her colleagues have taken "We Are Alfred" from a small project to a big mission.

After receiving her master's degree, Shaw and the team of virtual reality experts, communicators, and filmmakers who worked on the project founded a company, Embodied Labs, to continue their work.

Now Embodied Labs is trying expand on the potential of "We Are Alfred." Ideally, they'll be able to create a larger VR experience that can reach not only doctors, but students in other health professions like nurses or physical therapists.

Though empathy may not always be valued the same way raw training in technical skills is, it is one of the most important aspects of being a doctor or medical professional.

Projects like "We Are Alfred" may help ensure that our next generation of doctors is adept at that.

Watch people experience "We Are Alfred" in this video from Embodied Labs: