He wanted to bring his traditions from El Salvador to the U.S. — so he started a cooperative farm.

They're not just growing food for themselves. And it's kinda awesome. 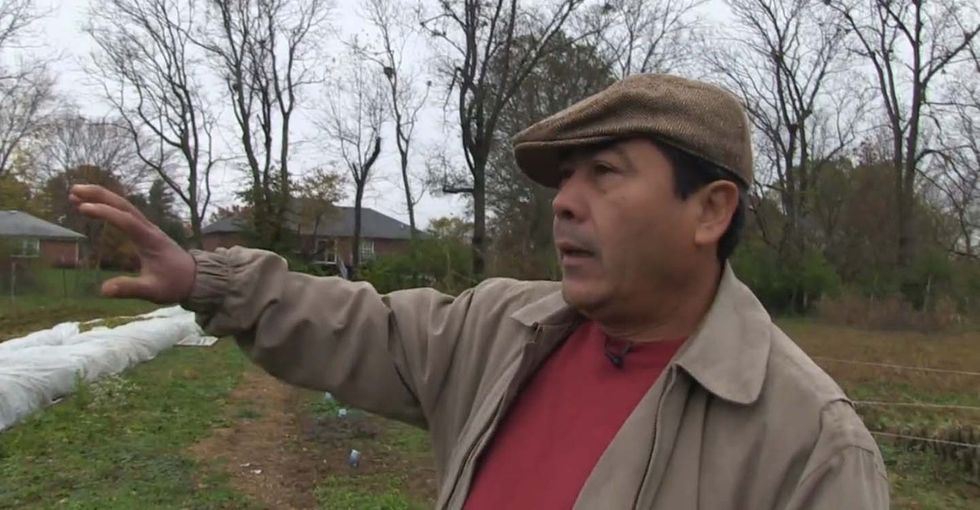 You don't see enough farms like this one in Kentucky.

Or the entire United States, for that matter.

This cooperative farm, located right outside Louisville, Kentucky, is called La Minga, and it sure is something special.

All images via "The Perennial Plate" Episode 101.

The farm brings traditions from El Salvador straight to Louisville.

As shown in this beautiful short film from "The Perennial Plate," La Minga was started by Nestor Escobar, an El Salvadoran who wanted to bring the traditions of cooperative farming to his new home in the U.S.

"Historically in our countries, especially in rural areas, people look for ways to band together to solve their problems," Escobar says.

At La Minga, each farmer has their own specialty on the farm — but they all share at harvest time.

Each of the 12 farmers is responsible for two to three vegetables at the farm; they care for their specific crops from start to finish. But when it comes time to harvest, everyone shares what they've produced.

Escobar wanted to base his farm on the co-op model because it has such a strong history where he's from. He even named the farm after the tradition — a "minga," he explains, is a very old, traditional organization based on cooperative work, most commonly seen in Bolivia and Peru.

It's such a simple idea, but for small farmers, it makes such a big difference.

Escobar says, "We believe that working together here in order to survive in such a competitive society ... is very important to us."

"People grow for one another."

That's what's the farmers in the co-op appreciate most — everyone puts in the effort, but everyone shares the rewards as well. It's about working together and counting on each other at a time when there isn't much else you can always count on.

If you ask me, I think we need more of these.

Hear from Escobar and see the clip of the farm from "The Perennial Plate" below: