Claudius moved to the United States at 9 years old, emigrating from Sierra Leone with his mother and brother. That's when he learned what it's like to be an American. 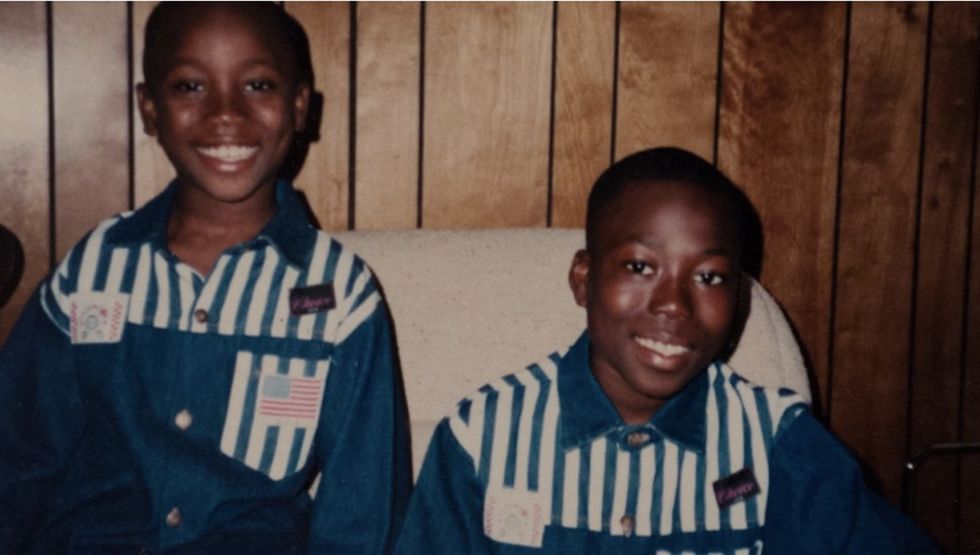 Claudius moved to the United States at 9 years old from Sierra Leone, a country torn by civil war.

He landed in upstate New York with his mother and brother and only a few bags of possessions. That's when he learned about life in America.

"It's a story of individuals that come together to make one whole. That's what America is."

Just like any other teenager, he went to school, played sports, and learned English. Politics were discussed at home, and it lit a passion in him to be involved in the process of government. And then he became a naturalized citizen at 16 years old.

"My story is an American story."

He went on to go to college, excel at sports and politics, and pursue his dream of political participation by working for Congresswoman Niki Tsongas in Massachusetts.

"We've welcomed immigrants from countries all over the world and we're enriched by all those distinct cultures. They've shaped the American culture and it's a remarkable legacy we have as a nation." — U.S. Representative Niki Tsongas

What makes our country great? It's the sum of everybody who lives, works, plays, and grows old here.

"That's the thing about America," Claudius says. "Just taking bits of pieces from all walks of life and all parts of the world and bringing them into the fold. My story is an American story."

The Great American Melting Pot is real, and it's made us who we are today. It also made our country stronger.

This is the story of so many of us. With the exception of Native Americans who lived here long before any of our ancestors did, we are all immigrants. It just depends on when our people arrived, doesn't it?

What patriotism means to all of us is something that's usually a little vague, sometimes wrapped in words that are loaded with meaning. But Claudius and so many like him … they get it.

A gut-wrenching story shared by a Yosemite park ranger shows why it's so important for people to be mindful of surrounding wildlife.

Last week, the national park shared the first-hand account of a park ranger who took care of the body of a dead bear cub that was struck by a car. Sadly, the ranger says that it happens far too often in Yosemite. "I try to remember how many times I've done this now and, truthfully, I don't know. This is not what any of us signs up for, but it's a part of the job nonetheless," the ranger wrote.

Keep Reading Show less
national parks
Get stories worth sharing delivered to your inbox
By signing up you agree to Upworthy's privacy policy.
Trending Stories
Family