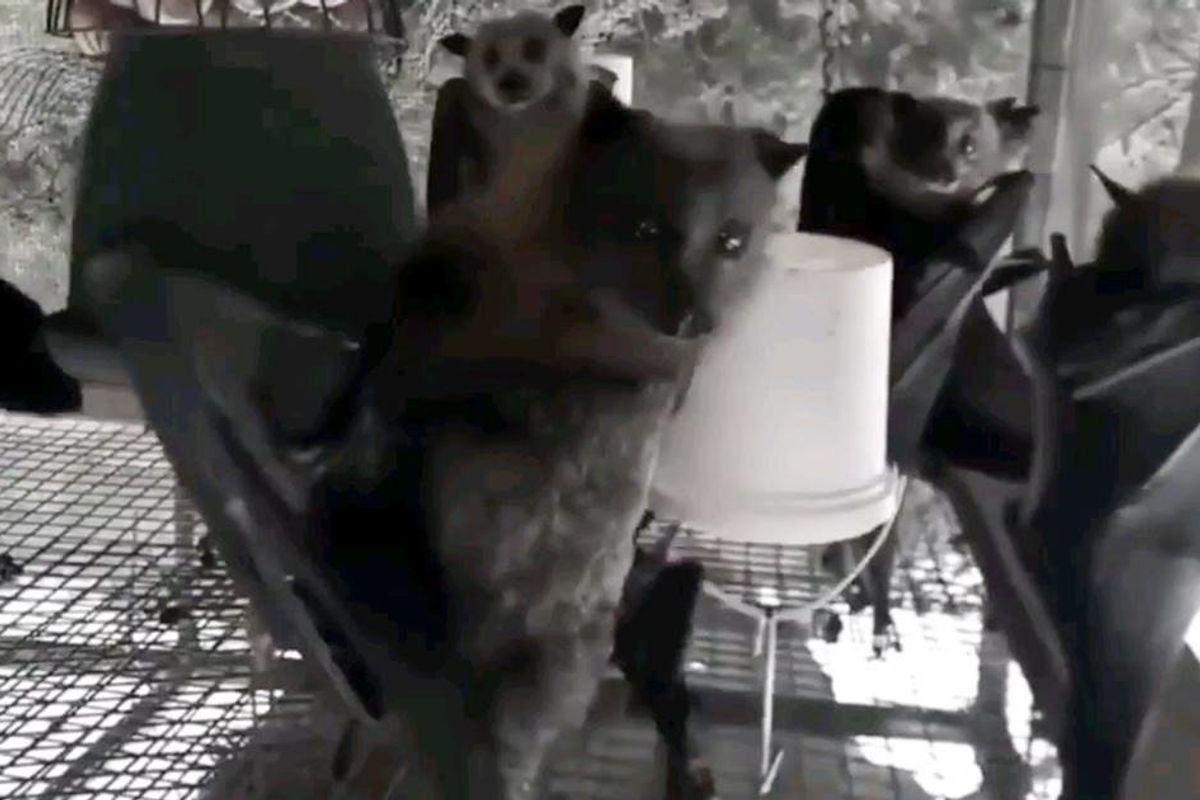 Bats have gotten a really bad rap after the whole COVID-19 thing. But a video that's going viral on Reddit shows when you look at them from the way they see the world, they're actually pretty hip.

In the video shot by Das Kraftfuttermischwerk, a group of bats appear to awkwardly gyrate to music while strutting their stuff on a lighted floor. The jittery sway the bats have appears to mimic the vampiric dance moves you'd see at a Goth club.

Yes, Goths dance, they just do it a lot creepier than everyone else.

Things get a little scary the moment you notice that one of the bats is foaming at the mouth and another is flexing at the camera like somebody's 'bout to get their blood sucked. The buckets hanging in the video look a lot like fancy club lamps when they're seen upside-down.

The video is set to the eerie sounds of Russian Goth group Molchat Doma and their song "Ship (Boris Rizhiy)."

From Your Site Articles
Related Articles Around the Web
videos