Did you know positivity is literally contagious? True story. 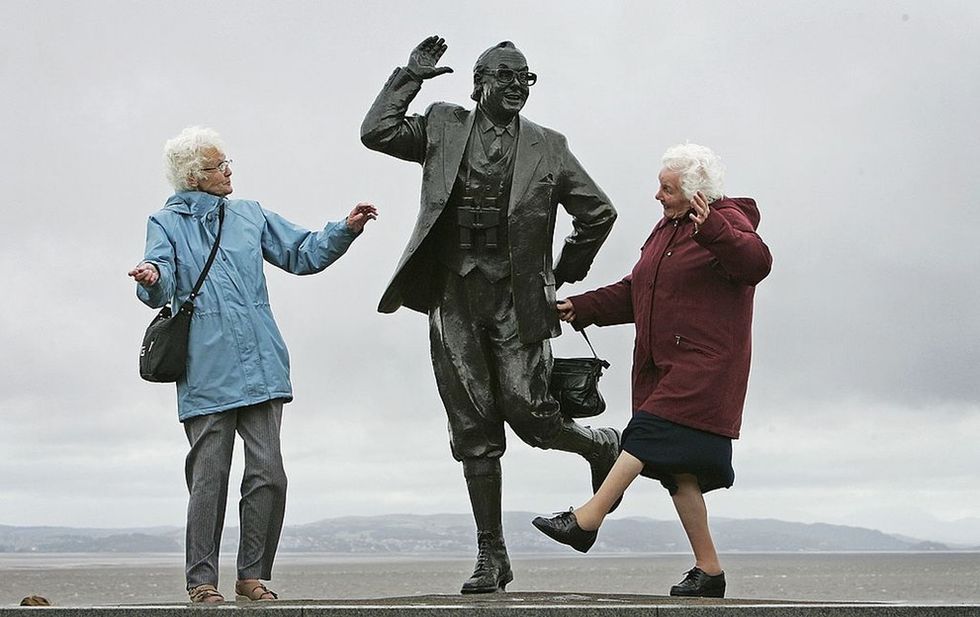 The term "epidemic" means "something that spreads really fast."

The flu, dengue fever, the recent Zika outbreak, or sudden plant-based outbreaks that threaten large number of crops are all classic examples of epidemics.

When an epidemic hits, it hits hard. The flu can make everyone in your office sick within days, and viral outbreaks can quickly threaten the population of an entire country.

A health professional fumigating against the Zika virus in Honduras. Photo by Orlando Sierra/AFP/Getty Images.

But did you know that not all epidemics are bad?

Yes, there is such a thing as a "positive epidemic." And according to researchers at the Santa Fe Institute in New Mexico, positive epidemics actually spread faster than negative ones.

Examples of positive epidemics include the spread of good viruses that protect their hosts instead of harming them or even beneficial social phenomenons like the use of agriculture technology spreading among humans.

We don't normally associate positive things with the word "epidemic," but when these positive epidemics (nicknamed "benes" for the purposes of this study) take hold, they are capable of affecting a lot more hosts than a negative epidemic can and in a much shorter amount of time too.

Or, to put it simply: The study found that good epidemics spread faster and wider than negative ones.

When you think about it, this pattern actually makes a lot of sense.

Imagine you just heard about a new Gmail trick that increases your productivity and saves you a ton of time. The first thing you're going to do is tell as many people as possible, right?

When the people you tell find out about it, they get the same excited feeling as you and start telling as many people as they can. Pretty soon, your entire office building is buzzing about it. The fact that this "epidemic" is motivated by a positive feeling and a beneficial change in work flow means that it can spread without anyone trying to stop it.

A negative epidemic, on the other hand, like a stomach virus, still spreads within communities but has more obstacles trying to prevent it from doing so. If you have a stomach virus, you'll (hopefully) stay home from work, cancel your social plans, and lie down on your bathroom floor in the fetal position until you feel better, cutting out key opportunities for the virus to spread to other people.

When it comes to those beneficial viruses I mentioned earlier, the kind that prevent a host from getting sick, those might increase your energy and happiness, which in turn make you more likely to interact with other people and spread the awesome, protective, healthy virus more quickly. The people you interact with then get the same protection.

The researchers used Google's Ngram Corpus to track the popularity of certain beneficial words over time.

They found that when a word is highly useful and beneficial to society, its usage spreads very quickly. "Personal computer" and "aspirin" both became highly used words after they were invented and their popularity increased exponentially.

"Such a headache from staring at my personal computer. Someone get me an aspirin!" Photo by Hulton Archive/Getty Images.

Because of the positive benefits associated with both aspirin and personal computers, people learned about both of them extremely quickly and wanted to share that knowledge — spreading the words far and wide at a rapid pace.

People say that positivity is contagious, and this study shows that in many ways that is ... literally true.

We're drawn to things that help us out, and we're eager to "infect" other people with them. Human society can make giant leaps based on positive and beneficial epidemics.

From the implementation of agriculture to the space age to your new fancy Gmail trick to paying it forward at the Starbucks drive-through, we all move forward as a society when we help spread the positive wealth around.