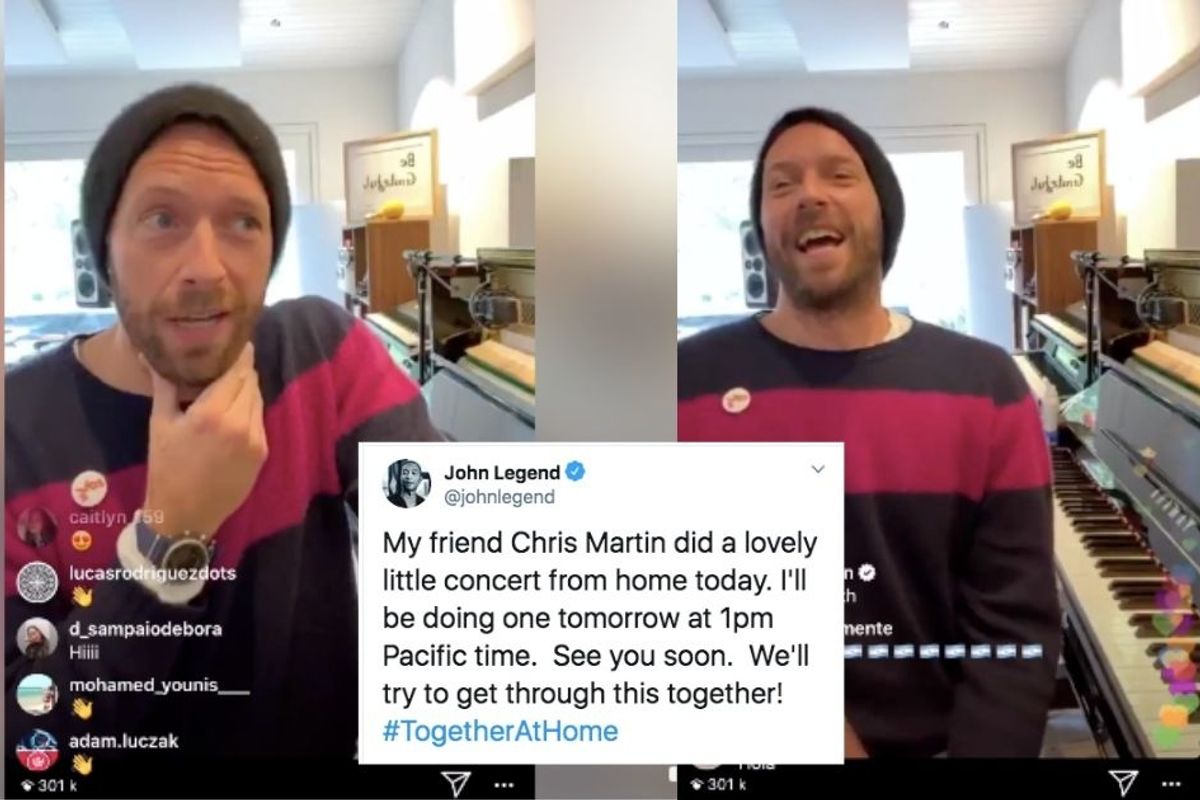 In a time when normalcy has flown out the window, we're all desperate for ways to keep calm and carry on from a socially safe distance.

Since performers have suddenly found themselves without audiences, many artists are taking to social media to touch base with fans. And the result is a remarkably human connection that art and music tend to create—especially when the performer is as delightfully unassuming and down-to-earth as Coldplay's Chris Martin.

Seriously, I like Coldplay's music, but I had no idea that Chris Martin was so freaking lovable.

From the moment he started his live video last night, I found myself calmed by Martin's infectious smile and undeniably likable personality. He spoke about all of us being part of one human family, but in a totally sincere and unpretentious way. He called out the countries represented in the comments with love and solidarity, especially hard hit areas like Italy and Iran. He played parts of songs that people requested in a raw, unfiltered performance with little mistakes and the vocal strain of the morning (it was early in the U.K.).

The whole video served as a healing balm and a sweet, authentic reminder that we're all just human beings experiencing this weird new reality together.

Using the hashtag #TogetherAtHome, Martin invited other artists to pick up where he left off and create their own live mini-concerts from home for everyone stuck in isolation. John Legend picked up the torch and will be doing a concert from home at 1pm Pacific today.

The Indigo Girls have also announced a live concert for this coming Thursday, and I'm sure more artists are lining up to keep us entertained and keep our spirits up as well.

If the world is going to go all topsy turvy, at least we have artists to help us reorient ourselves.

From Your Site Articles
Related Articles Around the Web
Design