'Can we talk about the Yoplait design? We're getting hurt. Signed, Your Animal Friends.'

It's causing them to run panicked out into traffic, and other sad endings. 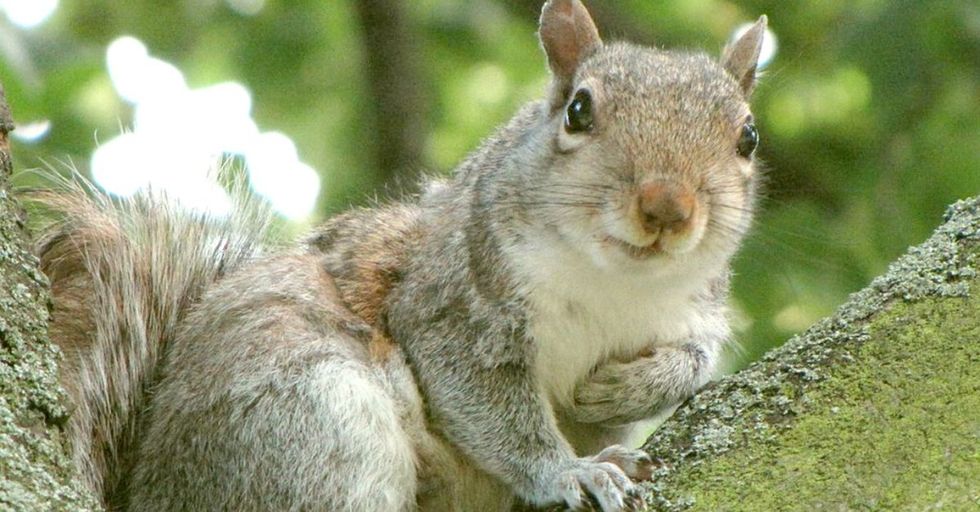 Delicious, creamy, probiotic-rich yogurt. It's easy to see why the average American eats about nine pounds of it per year. By the way, that's up from about one pound per year in the 1970s.

9 billion-ish of these per year? YIKES! Image by Protopian Pickle Jar/Flickr.

At about five ounces per single cup, that would be nearly 30 containers per year for every American. So — assuming everybody buys their yogurt in individual cups — a rough estimate of how many yogurt cups we're plowing through each year in America is 9.2 BILLION. (Please tell me you're recycling yours!)

Animals would do anything to get a few licks of the sweet stuff when they happen upon a container that perhaps fell through a hole in a recycling bag.

But too many wild animals without a designated human friend to help them out of a pickle are getting their heads stuck in those containers.

And in a lot of cases, those containers are Yoplait cups because of their unique shape — wider at the bottom, narrow at the opening, and formed with a ridge around the top. It's the perfect combination for ensnaring little critters' heads. Once they're stuck, they're really stuck, which means they could run out into traffic to meet their doom, or eventually starve and suffocate to death.

So the Humane Society is asking Yoplait to take some action to make it better. "Change your packaging!" they plead. And Yoplait's pretty much like, "Sorry! Not our problem. Besides, we have this little blurb telling people they should crush the container when it's empty."

UGH. Isn't the "not our problem" attitude what's wrong with the world?

The question becomes "Do people love animals more than they love yogurt?"

We hope so! And we hope Yoplait does too. Laura Simon of the Humane Society and many others have been asking Yoplait to change their design for a long time now — decades — and Yoplait has yet to budge. But that doesn't mean they never will.

"People eat yogurt in so many settings — at picnics, outdoors, when they're on the run, in the car, etc. You can't expect them to have a good scissors handy to cut up the container, or a nearby faucet to rinse it out! It would require a massive advertising campaign to really educate consumers, and even then, cutting up and disposing of the container properly takes some effort. People just won't do it. The container design is a clear hazard to wildlife, too many animals die a horrible death. The container design really needs to be changed!"
— Laura Simon, wildlife ecologist at the Humane Society of the United States

Sharing this and getting your friends informed to act is the first step. Because I'm betting that you love animals even more than you love yogurt.