Barack Obama stars in a new video about protecting our democracy. It's a must-watch. 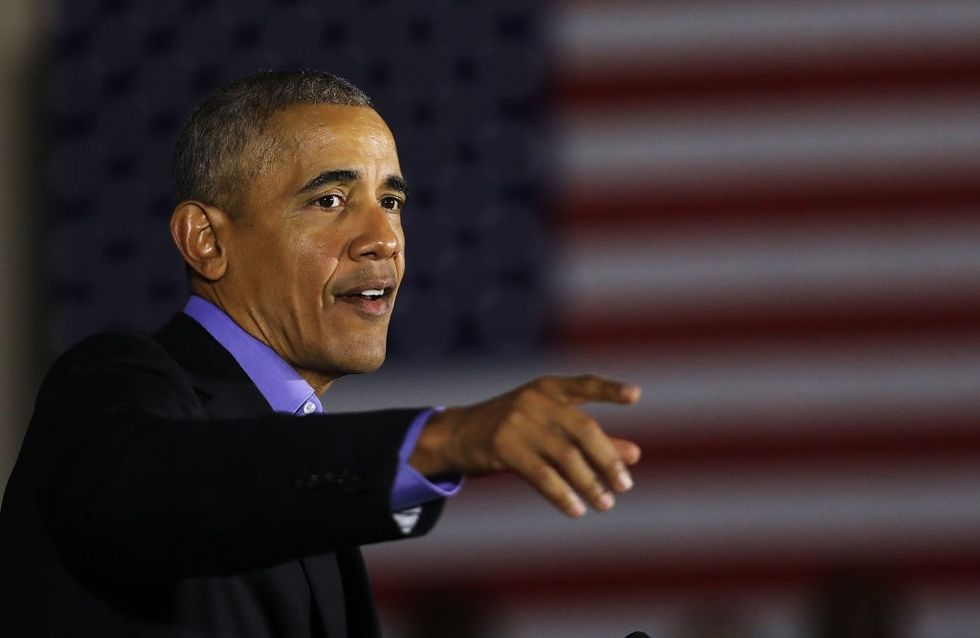 He's putting his weight behind an issue that's vital to election outcomes but doesn't often get a lot of attention.

Gerrymandering, simply put, is the practice of a state government redrawing its congressional district maps to unfairly favor one party in elections. For example, Texas Republicans have been charged with doing just that, likely preventing minorities and Democrats from winning more elections.

In the video, Obama gave a shoutout to the resistance movement that has gained momentum since the 2016 election, saying, "It's been inspiring to see growing numbers of people jumping in and embracing that role, organizing, to registering new voters, to running for office for the first time."

But running for office won’t matter if the lines are already drawn in favor of one side.

Unfair redistricting is a threat to democracy itself.

In typical Obama style, he plainly explained how gerrymandering works. "That's why your district might be shaped like a corkscrew," he said, "but it's also how a party gains more seats while getting fewer votes. Which isn't fair."

Obama then laid out the goals of the NDRC:

It may not sound like the most exciting issue, but when preparing to leave office in 2016, Obama said it would be his main focus — and he's stepping up to honor that commitment.

Obama is throwing his full support behind an issue that could help change the face of democracy for years to come.

As he pointed out in the video, the states with upcoming redistricting deadlines will be decided in elections this year.

While he did get political, noting that Republicans are using redistricting to support the gun lobby, tax cuts for the wealthy, and opponents of climate change reform, he got back to the heart of the matter: "Regardless of our party affiliations, it's not good for democracy."

For the past 18 months, the Obamas have surfaced to remind us how we can be our best American selves. Their voices and presence are inspiring but can feel painfully nostalgic.

At the end of the day, Obama became president because he wanted to serve his country and he values our democracy. Now, he's worried about the integrity of our future elections — and it's an issue we all should care deeply about.

Wear your values with products from PSA Supply Co., an independent site owned by our parent company, GOOD Worldwide Inc. GOOD makes money when you buy these products, and 10% of profits go to The Center for Community Change Action. Use discount code UPWORTHY to get 15% off your first order!
From Your Site Articles