Banned CNN reporter is back at the White House in a major victory for freedom of the press. 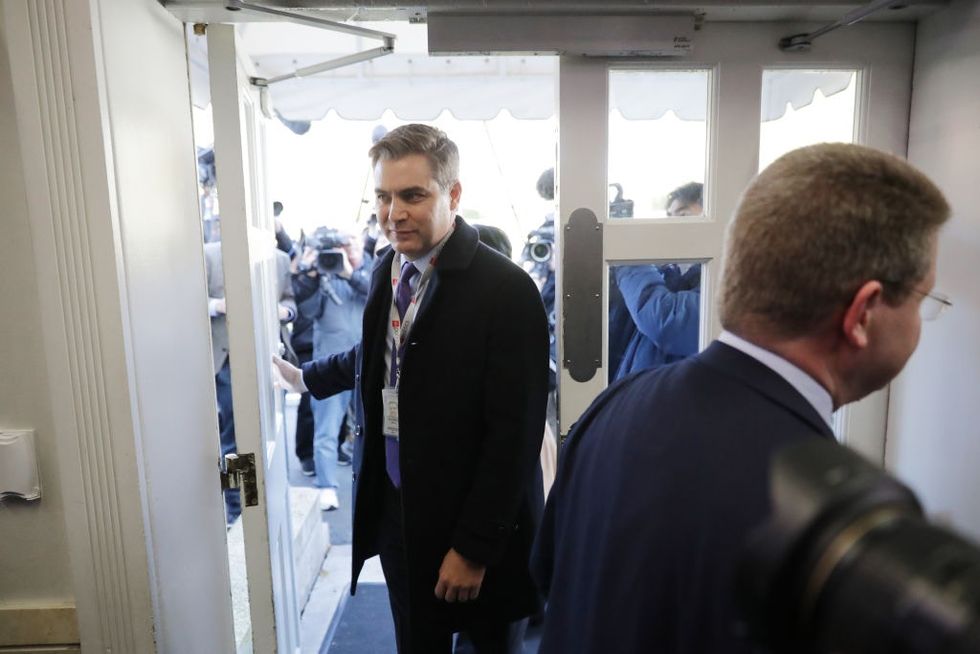 Jim Acosta isn’t the best or most important journalist in the world. But his personal feud with President Trump proved to be another vital stress test for democracy as this White House continues to stretch the historic norms that have guided America.

Instead of reporting the news, Acosta himself became an international story after President Trump ordered the White House to revoke Acosta’s press credentials after the CNN reporter got into a verbal confrontation with Trump during the president’s news conference after the 2018 midterm elections.

CNN was straightforward in its response, saying in a statement:

“Today the White House fully restored Jim Acosta’s press pass. As a result, our lawsuit is no longer necessary. We look forward to continuing to cover the White House.”

CNN filed a lawsuit against Trump and several members of his administration. Then a federal judge, nominated by Trump no less, ordered the White House to restore Acosta’s access saying that it was illegal to allow reporters into the White House press room but then selectively prohibit others from entry.

On Monday, the White House admitted total defeat, restoring Acosta’s press credentials but insisting it could still revoke them at a latter date if he fails to abide by new “rules” of conduct established by the White House.

Those new rules include only asking one question at a time, a guideline seemingly created with no other purpose than to make it seem like Trump and the White House press team accomplished something in this dispute.

Statement from @PressSec on @Acosta & new rules for press conferences that they created "with a degree of regret." https://t.co/sgCyjrZuZn
— Sean Doody (@Sean Doody)1542661985.0

It was a fight that never should have happened. But let’s be clear: Donald Trump and the White House lost that fight spectacularly.

CNN was supported in its lawsuit by sources across the political spectrum, including Fox News, its chief rival and the biggest media supporter of President Trump and his agenda.

We’ve all heard enough about Trump’s threat to American institutions and democracy itself but this was a powerful reminder that when people stick together for a good cause it’s incredibly hard for anyone, even the president himself, to defy the Constitution and the freedoms so many hold dear.

Jim Acosta isn’t a hero, even if some people will no doubt portray him as one. The real journalistic heroes are the ones who risk their lives and integrity in the pursuit of truth. But he’s become yet another symbol of the real heroes fighting to stand up for democracy.

And that’s a victory worth celebrating no matter where you fall on the political spectrum.