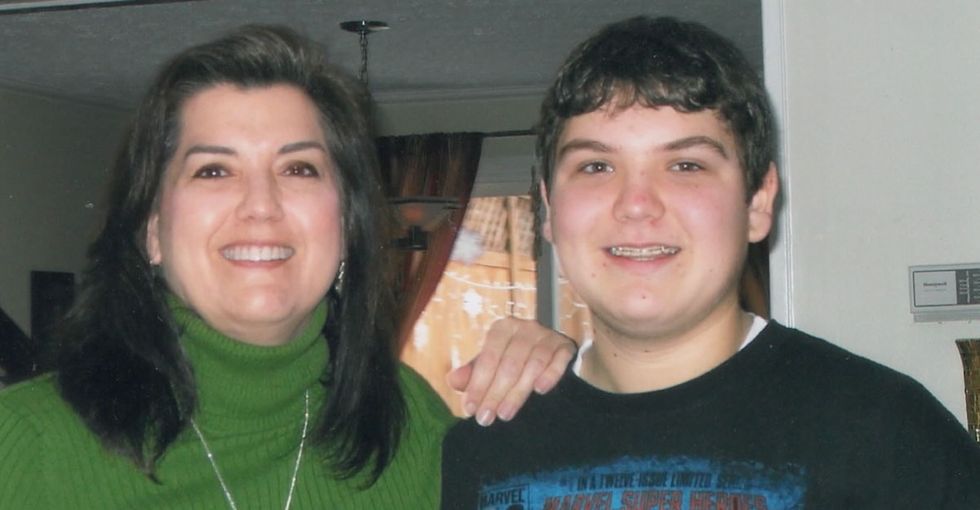 "When you're a kid and someone tells you you're gonna die before you're halfway through your life, it's ... I mean, there's nothing more dramatic than that," he recalled years later while still choking back the tears.

Malcolm's blood sugar and cholesterol were dangerously through the roof. It would take more than just a one-off diet to fix the problems, and if he waited any longer to act, it could already be too late.

Malcolm had to find a way to change his life for good — and along the way, he discovered his true passion, too. Watch his story below:

He was told he would only live until he was 40. So he took action.

Malcolm's newfound love for nutrition saved his life. And now it's helping him inspire others, too.

Sure, he may have felt OK before the doctor brought attention to his health numbers. But thanks to that preventive screening, Malcolm was able to take control of his life before he got worse.

He started getting more physical activity and learned how to improve his eating habits in ways that were easy and enjoyable. He ultimately felt even better than he did before, and he didn't have to suffer through any awful health disaster to get there.

With a new lease on life, Malcolm began to share his passion. He taught his family how to prepare wholesome meals, which was as good for him as it was for them.

He also discovered an entrepreneurial streak within himself, investing time in health-conscious social projects ranging from sustainable agriculture for low-income families to aquaponic farming. He even helped to launch a healthy home-cooked meal service — self-described as "Uber for personal chefs" — through his university's start-up incubator. And now that his body's getting the right balance of nutrients, he's coming up with new ideas every day.

That's the best thing about healthy habits like the ones that Malcolm learned.

They don't just help prevent disease; they brighten up your brain, and your life.

Studies have shown that malnutrition can lead to poor decision-making. Whether it's the stress of poverty or the mental strain of having to plan for a temporary diet, it can take up so much brain power that it directly affects your ability to function in other ways, too. It makes it that much harder to actually get the nourishment you need to operate to the best of your abilities.

So how can you avoid that downward spiral? You do what Malcolm did: Identify the issue before it becomes a problem and find a way to turn those healthy habits into a seamless, automatic part of your life. It's the only way to free up your mind to focus on the things that really matter.

Now the only contagion that Malcolm has to worry about is his own infectious energy.

Good blood pressure, blood sugar, and cholesterol levels have all been to shown to have direct chemical impacts on our happiness as well as our physical well-being. Without preventive screening, Malcolm wouldn't be where he is today — and with it, well, who knows where else the future might take him?

Learn more about how to take control of your health at Cigna.com/TakeControl.