After 70 Seconds Of Stuff We Don’t Know, This Gets So Deep I Don’t Know What To Do With Myself

Sure, at first it's all random thoughts about our dumbness, but then he drops something so profound that it could change what someone thinks about how to live life. 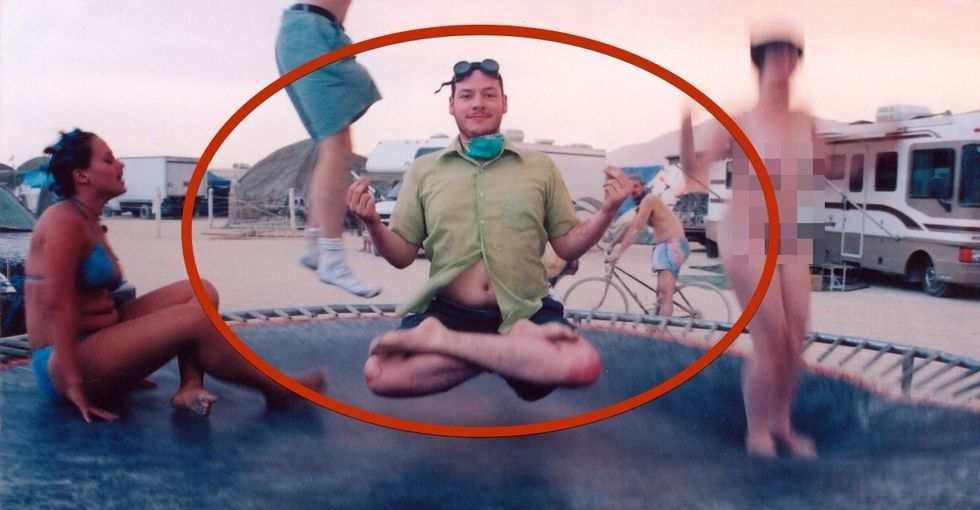 "He" is John Lloyd, and he's a producer and creator of lots of beloved British comedies.

He starts with a simple but weird question:

What are the things we don't know?

Well, putting aside, um, like 96% of everything for a minute, he's got a list of three biggies.

Hm, what is that pesky thing anyway? Good thing we don't have to touch it. Ew.

We know some things about atoms and such, but do we have a clue what makes gravity work? Nope.

We don't really know what makes them happen. (Maybe it's consciousness, ahem.)

OK, this is getting personal. Lloyd's created some very funny stuff (like "Blackadder") and even he doesn't know what makes anyone laugh. (That's him with the rubber nose, btw.)

But he says this is all cool because "ignorance drives science."

"Any fool can find answers. People who ask new questions, they're the geniuses." — John Lloyd

If "ignorance is at the heart of any new kind of discovery," as he says, maybe you don't really need to know much.

Lloyd reckons the trick is figuring out what you do need to know.

So we might stop investing so much in arguments about things we can't really know while we're letting really important things in our own lives go by unnoticed.

What use is being smart if you don't use it intelligently?

And then, boom. There it is. Here's what's smart:

Kindness is always better than almost anything. And we all know it, even if we'd rather not admit it to our insecure — OK, selfish — selves sometimes.

Lloyd suggests it's worth getting over that hesitation and doing what we know to be right. It's "extraordinarily powerful," sez him.

The video makes all of this just plain impossible to argue with. Enjoy.