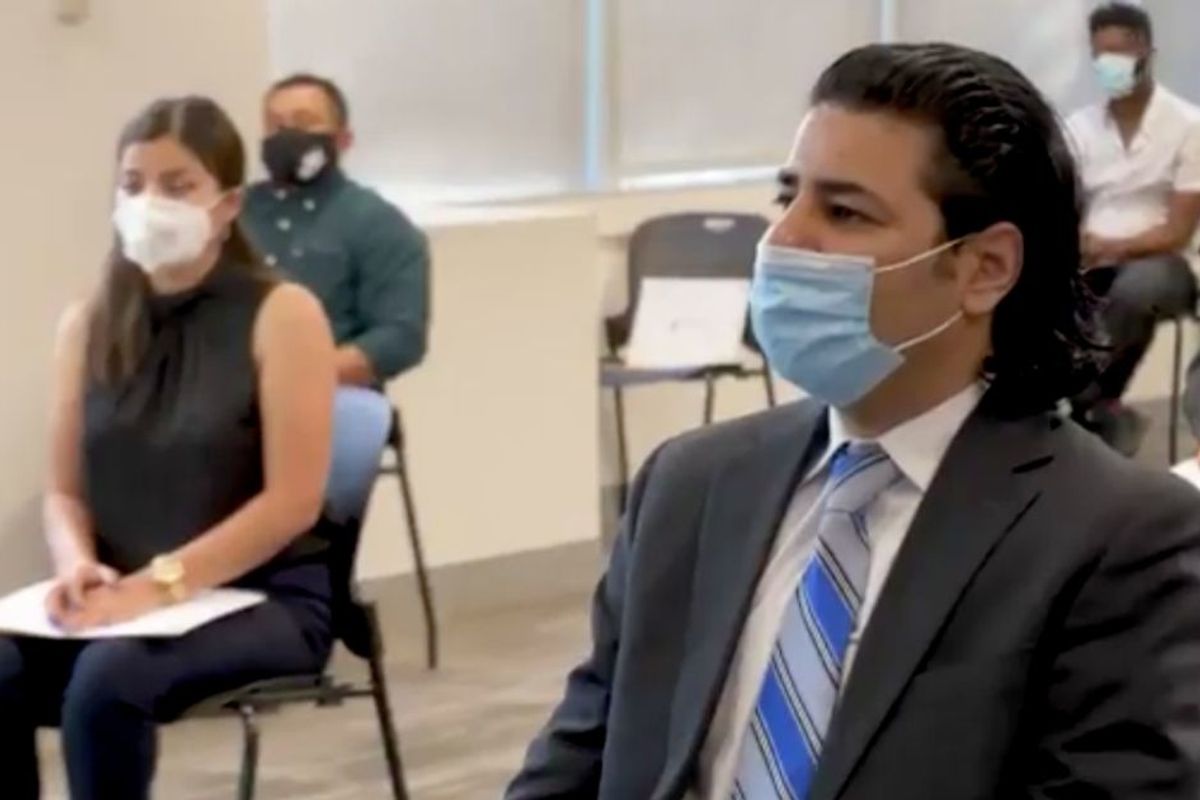 For some people, every day is Independence Day. For Janis Shinwari, this will be his first 4th of July as an American citizen. And boy, he earned it.

"If I was in Afghanistan—if I didn't come here, I wouldn't be alive now. I would be dead." Shinwari told CNN Heroes in 2018. Shinwari risked his life for nine years serving as a translator for U.S. forces in his native country of Afghanistan. He risked his life everyday knowing that should he be caught by the Taliban, the consequences would be severe. "If the Taliban catch you, they will torture you in front of your kids and families and make a film of you." Shinwari said. "Then [they'll] send it to other translators as a warning message to stop working with the American forces."

But his bravery didn't stop there. Just ask Captain Matt Zeller. During a routine patrol near the small village of Waghez, Zeller's unit was attacked by the Taliban. They were both out numbered and out gunned. Zeller found himself in a ditch after losing consciousness from a mortar explosion. As he slowly started gaining back his consciousness, he accepted the reality that he was probably going lose his life. He had no idea how close he really was. Unbeknownst to him, there were two Taliban fighters approaching him. Then gun fire came from the bushes killing them both. The blasts came from the gun of Janis Shinwari.

"I was going to make sort of peace with my fate and I was going to go out fighting," Zeller told CNN. That was when he found Shinwari standing above him uttering the words, "I am Janis and I am one of your translators. You are not safe." Even though they had just met days prior, it was the beginning of an unbreakable bond. "Since that time, we become even closer than brothers," Shinwari explained to CNN.

After the incident, the Taliban put Shinwari on a hit list along with other translators working with the United States military. He reached out to Zeller with hopes of getting a visa to be able to come to America. Shinwari, with a bounty on his head, was hoping the process would take months, but it took years instead. It was not for lack of effort from the man who's life he saved. Zeller knew he owed Shinwari his life and was determined to help get him to the United States.

"I just basically asked anyone who would listen, 'Will you help me? I owe this person my life. I'm willing to do whatever it takes. I will cash in and call in whatever favor. I will owe whatever it is that I need to owe. Tell me what it is that I need to do to get you to help me,'" Zeller told CNN. Then in 2013 it happened. Janis Shinwari obtained a visa and his family were finally headed to America.

As soon as Shinwari and his family arrived in America, the country they now call home, Zeller helped them find a car, a job and even started a GoFundMe page that raised over $35,000 to make sure their transition to the U.S. was a smooth one. But Shinwari couldn't stop thinking about the other translators back in Afghanistan putting their lives on the line for U.S. soldiers.

The two men with an inseparable bond started No One Left Behind, which is a non-profit to help get translators working for the U.S. military a safe haven in America. "We are happy. But I'm not happy about my coworkers, about my brothers and sisters that served the US government in Afghanistan and Iraq, and they are still left behind," Shinwari said. "I will fight for them, to get them here. And we will not stop fighting. It doesn't matter how long does it take. But I will fight for them."

So far the group has come to the aid of over 5,000 translators and their families to navigate the visa process to the United States. They offer support including permanent housing, furniture, employment and language skills. Shinwari adds, "I will not stop fighting until I get the last translator what's left behind. I promise them that I will never forget about my brothers and sisters that they are still left behind in Iraq and Afghanistan."