A music video takes on a cultural obsession you may not know much about: skin whitening. 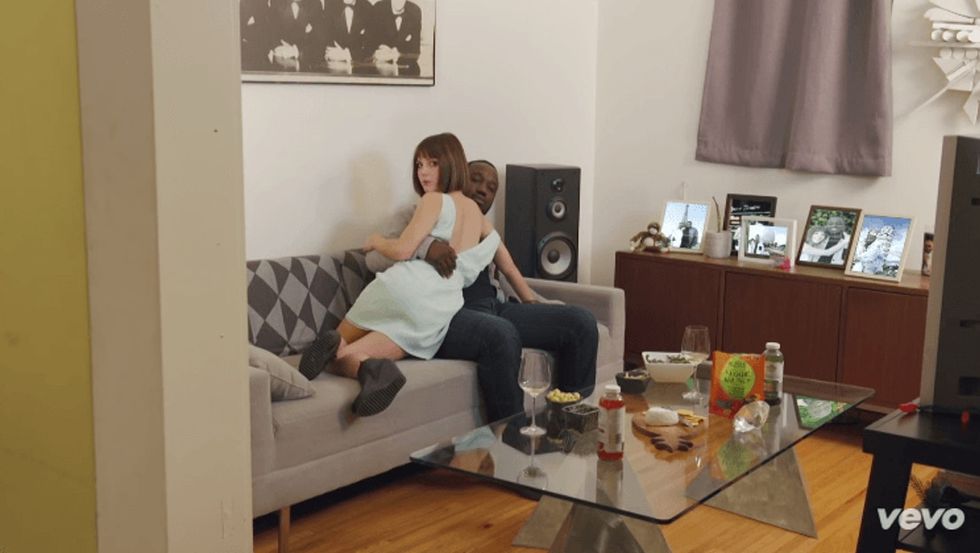 With the music video below, rapper Heems challenges the bizarre equation of skin whiteness with beauty.

As you'll see, skin whitening may not bring the joy and adoration users might expect.

There's a bummer history and psychology to skin bleaching.

According to Obiora Anekwe of Columbia University, people don't use skin whiteners because of happy thoughts and experiences. There's a history of prejudice and inequality behind the practice:

"Skin bleaching also symbolizes more complex psychological issues such as self-perception and self-esteem that have plagued people of color since the advent of international slavery, especially in the Americas."

In East Asia, there's an old saying — "One white covers up three ugliness" — which dates back to a time when people believed not only that white skin was cleaner, but also that lighter skin signified you were wealthy enough not to have to toil under the sun.

The most common active ingredients are hydroquinone, steroids, and retinoids, all of which can be harmful to the skin and should only be used in consultation with a dermatologist. Some skin whitening products even contain mercury.

Not that Mercury, unfortunately.

This stuff is actually used in some of those creams. According to WebMD, one study found mercury in 1 in 4 of every skin whitening cream made in Asia.

Prolonged use of mercury-containing skin whiteners can lead to kidney damage and a bunch of other serious health problems.

And who's to blame? I think you already know.

Professor Evelyn Nakano Glenn of the University of California Berkeley says skin whitening "has been stimulated by the companies that produce these products. Their advertisements connect happiness and success and romance with being lighter skinned."

Mercury-containing skin whiteners have been banned in some parts of the world, but between shops that still import the creams and the Internet, people can still get them pretty easily no matter where they are.

While a worldwide ban would be helpful, at the end of the day, it's an individual choice. So the most important thing we can do is keep chipping away at this "white is right" beauty standard.

And if you're still not convinced, just watch these ridiculous skin whitening ads. Hopefully they'll do the trick.