A list of top coal mines gives some perspective about how things are going for fossil fuel.

"No Coal Companies Went Bankrupt Last Week" is a real headline these days. 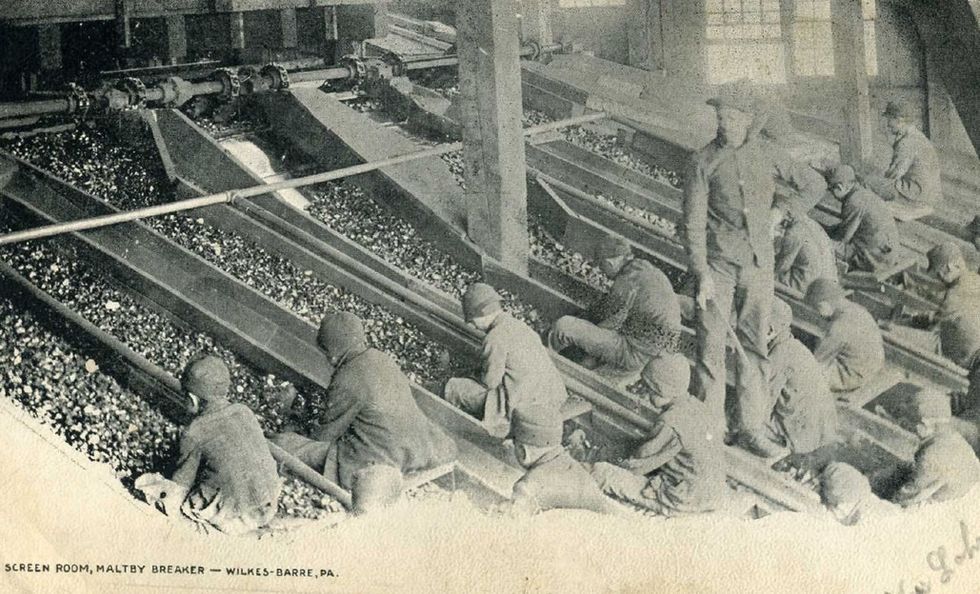 The time of coal has passed. Clean energy is our future.

Child labor in a Pennsylvania coal mine feels pretty archaic, no? Image via Wikimedia Commons.

If President Obama has his way, solar power will continue to evolve into a vital source of energy.

Speaking at the aptly named National Clean Energy Summit in Nevada in August 2015, he highlighted the need for technological advances that better protect the environment.

“We're here today because we believe that no challenge poses a greater threat to our future than climate change," he said. “But we're also here because we hold another belief, and that is, we are deeply optimistic about American ingenuity."

The president's speech comes at a time when some traditional energy businesses are becoming a relic of the past. New energy sources like solar power, natural gas, and wind power are all on the rise.

Coal companies in Central Appalachia have been shedding jobs for decades as a result of a variety of factors. Case in point:

Half of the top 25 coal mines in Central Appalachia are in bankruptcy.

A recent tweet from Taylor Kuykendall, who writes for an industry publication about the energy market, shows a list of the top 25 coal mines in Central Appalachia. It gives you some perspective about how things are going for coal companies.

The tweet includes a link to an article of his that opens with this zinger:

"Even some of the top-producing mines in Central Appalachia ... find it increasingly difficult to keep business going in today's market."

Another recent financial article included this headline: "No Coal Companies Went Bankrupt Last Week." There are so many coal companies headed for bankruptcy that when a week passes without one going bankrupt, it's news.

It's clear that it's time to shift away from coal — and the White House is preparing for that new, cleaner shift.

The White House Clean Power Plan limits carbon pollution from power plants, putting national standards in place for the first time. We have some work to do together, but we can make ours a clean energy future — and it's bigger than just coal. Here's a petition you can sign to stop arctic drilling, which will help us continue this clean energy trend.