5 surprising pieces of life advice my dad left me before he died. 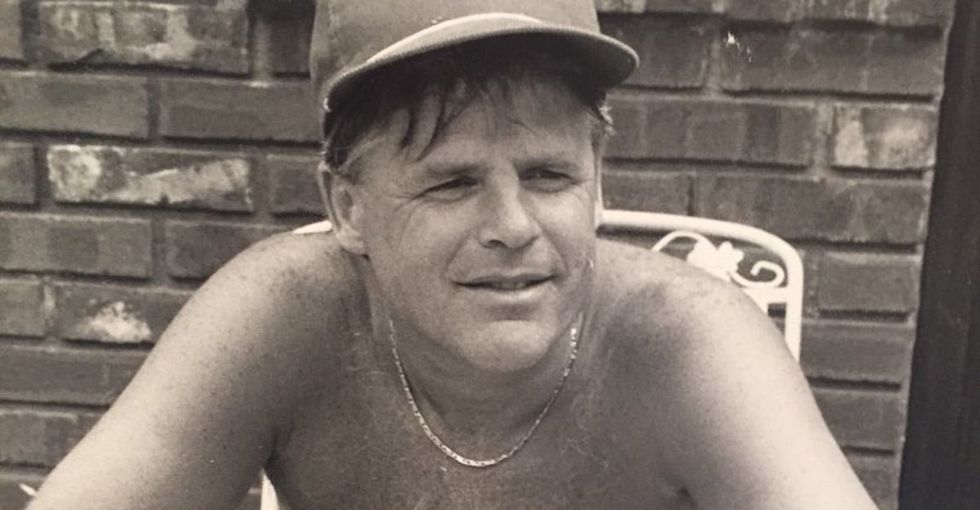 My Dad suffered from Parkinson’s, a disease that methodically and steadily destroyed his body and mind  — and ultimately took his life.

During my dad's last remaining days in hospice care, ​my four siblings, mother, and I huddled around him and shared, amidst laughter and tears, stories about the man he was, the lessons he taught us through his own successes and failures, and the tremendous impact he had on those around him. Dad’s life was far from perfect, and he had had a rough last handful of years. Our time together helped all of us remember who Dad was when we was in his prime —  when he was our hero.

Dad, while nonverbal, was alert and attuned to what was happening around him. Occasionally one of us would look over and find a trace of a smile on his face, an observation we would point out to him and the others. Dad was clearly enjoying time with his entire family for the first time in over 20 years.

Throughout his closing days, Dad heard anecdote after anecdote about the legacy he was about to leave behind.

People shared the memories he would leave us with. Here are the lessons he left behind for me and my family:

Dad grew up in a small, middle-class Irish enclave in Queens, New York. His father would periodically take him to wealthy neighborhoods to walk around and show him what was possible for him when he got older. The message from his father was that this could all be his. To Dad, it was impossible to dream too big. He wanted the world for himself and his kids — and fully expected us all to get it. Dad pushed us to imagine the unachievable and race like hell to achieve it. When I told him I was going to write a business book, he told me to prepare for the New York Times Bestseller list.

Dad packed his life with rich and full experiences at every turn. If Dad wanted to have something, he got it. If he wanted to do something, he did it. The moment he had two nickels to rub together, he spent them. Dad lived big.

“You only go around once,” was something Dad frequently said to justify a risky business play or explain away a lavish purchase. It seemed to serve as a reminder to him (and us) that life could be cut unexpectedly short and that it would be wise to get big experiences in while he (we) could.

Dad spent most of our upbringing racing around the country consulting with and training business leaders. The moment he was done working, he would race back home just in time to coach a basketball game, have dinner with the family, or play a pickup game in the backyard. He wasn’t vacant or lost in his work when he was with us. When he was with us, he was fully with us.

Long after we went to bed, Dad would return to work, staying up until the wee hours of the morning to get a proposal out or prepare for the following day’s events. He threw himself into whatever he was doing and made you feel as if you were the center of his universe when you were with him. He was magnetic. Being present undoubtedly added to his magnetism.

4. Pick your moments. (But when they appear, pounce.)

Dad rarely made a move that didn’t have a purpose behind it. He had this remarkable skill of letting the insignificant things go and dealing head-on with the things that really mattered.

In his final days, what struck us most was the overwhelming number of personal stories from old friends and extended family about the impact Dad had on their lives. Dad was fascinated by people, and he had an art for drawing out their stories. When Dad was at his best, he was comfortably and confidently Dad. And in that comfort and confidence, he could let go of his own ego and pull out the complexities of the people he was with, instead of sharing his own with others. His sincere interest in others drew them closer to him and left them convinced they were in the presence of someone endlessly interesting.

My siblings and I were with Dad when he passed. We were sad, of course.

But there was a positive feeling in the room as well — each of us left Dad that night feeling closer to him and each other than we had in a very long time. We left armed and more cognizant of the lessons he had equipped us with.