3 meaningful resolutions parents should consider in 2016. 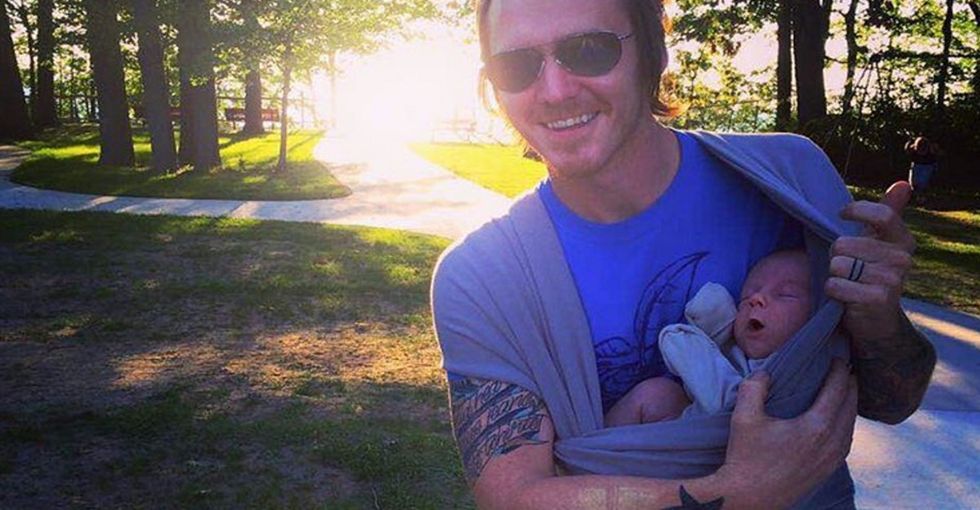 Yes, I'm always super-motivated in the beginning of the year.

Nobody can stop me in early January. GIF via Yamon Figurs Fitness.

But it doesn't take long for that motivation to fade in the weeks that follow. It's always some lame excuse: I'm too tired ... I'm not good enough ... it's too difficult. Blah, blah, blah.

As a dad, I teach my kids not to quit, and I realized that I'm not setting the greatest example for them by bailing on my resolutions every year.

In order to be a better parent and person, here are three resolutions I plan on committing to in 2016 and beyond.

Waking up at 2:45 a.m. to do anything pretty much sucks. Especially when that "thing" includes answering urgent questions from your toddler daughter about if the sun and moon are friends (yes, that happened to me).

But then it happens. That tiny human isn't so tiny anymore. She's all grown up, has friends, starts dating, goes to college a thousand miles away, gets married, and starts a family of her own.

My daughters are 4- and 2-years-old, so I've felt as if I have a bit of a cushion before they grew up. But I've come across so many parents of adult children (including my own parents) who keep telling me that the toddler days ended before they even knew what happened.

I'm committing to slowing down and enjoying these fleeting moments (good and bad) with my kids because they won't last forever.

Let's not take these moments for granted. Images above taken from the Daddy Doin' Work Instagram feed, used with permission.

If you want a real-life example about the importance of valuing time with our children, read this touching story about parents who thought their newborn could die within days. It's truly humbling.

2. Commit to taking care of myself.

You know how flight attendants inform passengers that in case of an emergency to take care of themselves before tending to their kids? It seems counterintuitive, but it's on point.

Sadly, I didn't get the memo. On my priority list, my kids were always at the top. More often than not, I would skip meals, showers, and sleep if it meant taking care of them. Because of that, my ability to be the dad they needed suffered mightily due to being so physically and mentally exhausted all of the time.

But now I'm committing to taking care of myself. It doesn't take much, either. I can take a walk, go to the gym, watch sports, take a nap, or visit with friends. Whatever I choose to do, I can always find a moment in each day for some "me" time.

Every parent deserves some time to unwind. GIF via "Pokémon."

My kids deserve a happy, energetic dad, and that's not going to happen as long as I keep burning the candles from both ends.

3. Recognize that I might not win parent of the year, and that's OK.

It took me a while to realize it, but there is no Parent of the Year Award (and what does that even mean, anyway?). My daughter recently flushed her socks down the toilet because I told her that "only dirty stuff goes there." Does that make me a bad parent? A bad communicator, maybe, but not a bad parent.

Due to my own insecurities, I tried to show the world that I had my parenting game completely on point when in fact, I'm trying to figure out this fatherhood thing as I go along.

The only thing that really matters is raising happy and kind kids. If I do that, everything else become secondary.

I also need to start embracing the ugly, painful, and real aspects of parenting — because in reality, that's what most of us can relate to.

Parenting is really hard. Shouldn't we all commit to doing our part to make it a little easier?

I can't speak for everyone, but parenting is really overwhelming at times — at least it is for me. That's why I find myself struggling with the aforementioned three things, and I have a feeling that I'm not alone.

Wouldn't it be nice if we took a moment to give our fellow moms and dads a quick pat on the back for support? It takes very little effort and has an enormously profound impact.

And that's something that we can commit to right now.