10 things most kids don't know about their mothers. 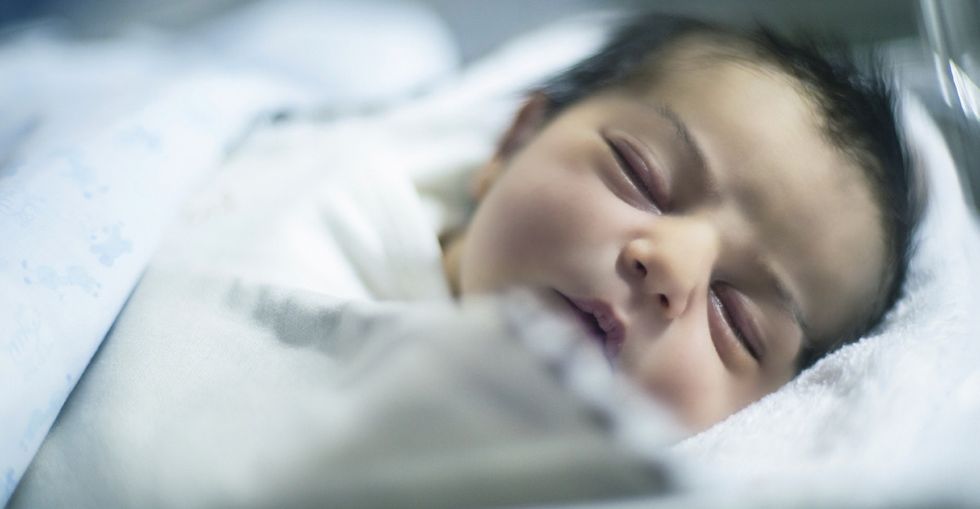 This article originally appeared on 05.27.16

There it was, clear as day, two blue lines staring back at me from the small pregnancy test I had just purchased.

One line = not pregnant.

Yup, I was definitely pregnant.

My heart was pounding.

My head was spinning.

My stomach was churning.

I was nervous, excited, scared, and ecstatic all at the same time.

This was actually happening! After years of dreaming, preparing for, and anticipating this day, it was finally here. I was going to be a mother.

Little did I know that in nine short months, I would begin the most exhausting, life-changing, heart-wrenching, but indescribably rewarding journey of my life.

In nine months, I would learn the price of motherhood firsthand. I would know exactly what it takes to be a mother. I would gain a whole new understanding of and gratitude for the beautiful woman I call Mom.

I would learn about things mothers experience that their children often know very little about.

Here are 10 things your mom never told you.

2. She wanted that last piece of pie.

But when she saw you look at it with those big eyes and lick your mouth with that tiny tongue, she couldn't eat it. She knew it would make her much happier to see your little tummy be filled than hers.

When you pulled her hair, it hurt; when you grabbed her with those sharp fingernails that were impossible to cut, it hurt; when you bit her while drinking milk, that hurt, too. You bruised her ribs when you kicked her from her belly; you stretched her stomach out for nine months; you made her body contract in agonizing pain as you entered this world.

4. She was always afraid.

From the moment you were conceived, she did all in her power to protect you. She became your mama bear. She was that lady who wanted to say no when the little girl next door asked to hold you and who cringed when she did because in her mind no one could keep you as safe as she herself could. Her heart skipped two beats with your first steps. She stayed up late to make sure you got home safe and woke up early to see you off to school. With every stubbed toe and little stumble, she was close by; she was ready to snatch you up with every bad dream or late-night fever. She was there to make sure you were OK.

She stayed up late to make sure you got home safe and woke up early to see you off to school.

5. She knows she's not perfect.

She is her own worst critic. She knows all her flaws and sometimes hates herself for them. She is hardest on herself when it comes to you, though. She wanted to be the perfect mom, to do nothing wrong — but because she is human, she made mistakes. She is probably still trying to forgive herself for them. She wishes with her whole heart that she could go back in time and do things differently, but she can't, so be kind to her and know she did the best she knew how to do.

6. She watched you as you slept.

There were nights when she was up 'til 3 a.m. praying that you would finally fall asleep. She could hardly keep her eyes open as she sang to you, and she would beg you to "please, please fall asleep." Then, when you finally fell asleep, she would lay you down, and all her tiredness would disappear for a short second as she sat by your bedside looking down at your perfect cherub face, experiencing more love than she knew was possible, despite her worn-out arms and aching eyes.

7. She carried you a lot longer than nine months.

Her arms would get tired, her back would hurt, but she held you still because you wanted to be close to her.

8. It broke her heart every time you cried.

There was no sound as sad as your cries or sight as horrible as the tears streaming down your perfect face. She did all in her power to stop you from crying, and when she couldn't stop your tears, her heart would shatter into a million little pieces.

She went without food, without showers, and without sleep. She always put your needs before her own. She would spend all day meeting your needs, and by the end of the day, she would have no energy left for herself. But the next day, she would wake up and do it all over again because you meant that much to her.

Being a mom is one of the hardest jobs anyone can do, and it will take you to your very limits sometimes. You cry, you hurt, you try, you fail, you work, and you learn. But, you also experience more joy than you thought was possible and feel more love than your heart can contain. Despite all the pain, grief, late nights, and early mornings you put your mom through, she would do it all again for you because you are worth it to her.

So, next time you see her, tell your mom thank you; let her know that you love her. She can never hear it too many times.

His response was so wholesome.

We can all get a little fascinated by doppelgängers and it's fun to find people who look alike. But what do you do when your baby girl looks uncannily like a famous middle-aged man?

Mom Dani Grier Mulvenna shared a photo of her infant daughter Cora side by side with a photo of Woody Harrelson on Twitter, with the caption "Ok but how does our daughter look like Woody Harrelson." The resemblance truly is remarkable, and the tweet quickly racked up hundreds of thousands of likes, shares and replies.

Naturally, the jokes about Harrelson being the baby's secret father came next, but then Harrelson himself got wind of it.

The art of the perfect breakfast.

At Upworthy we like to bring you feel good stories and this one from Good Morning America is perfect for back to school. Pancakes are a staple of breakfast for many Americans. We stack them high, make them as big as a plate or sometimes make them as small as a golf ball. People have even figured out how to add even more sugar to the already sweet breakfast item by making them out of cake mix or topping them with some sort of icing instead of maple syrup. But one mom, Anne Sage has won the pancake making game by making them in the shape of different dog breeds.