What most people have missed about the poaching of Cecil the lion: There's someone else to blame.

The lion killer doesn't deserve all the blame. 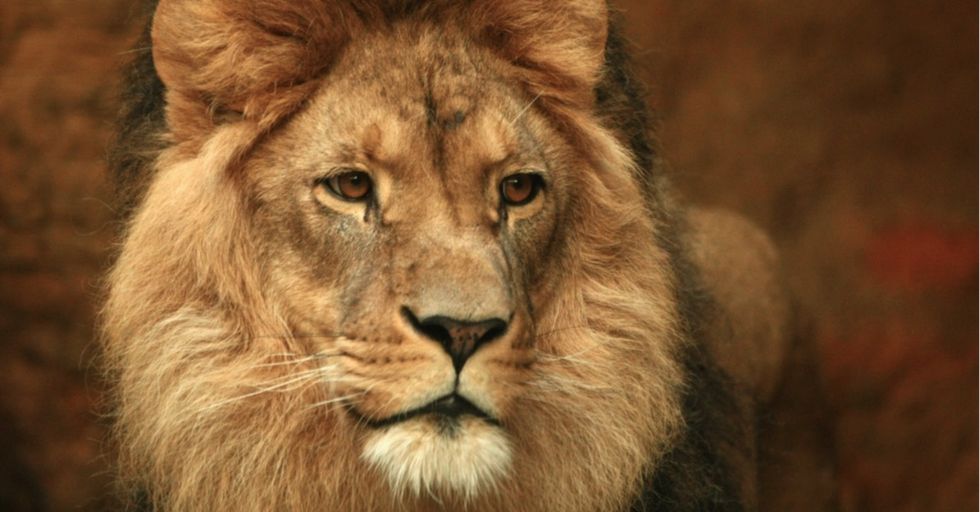 By now, you may have heard about the killing of Cecil, a popular lion in Zimbabwe's Hwange National Park.

All GIFs from "Jimmy Kimmel Live."

Palmer is no stranger to poaching, though he wouldn't call it that. "I relied on the expertise of my local professional guides to ensure a legal hunt," Palmer told CBS News.

"Legal hunt"? Here's what local officials had to say about Palmer's "professional guides":

"In this case, both the professional hunter and land owner had no permit or quota to justify the offtake of the lion and therefore are liable for the illegal hunt."

The story has spread quickly and angrily across the web.

And Palmer has, for a moment, become one of the most detested people on earth. But not just by those you'd expect, like conservationists.

People who don't expressly take issue with hunting are upset by this story, including folks like Jimmy Kimmel, whose July 28 monologue included an emotional denouncement of Palmer and, presumably, other hunters without a purpose.

"But if you're some a-hole dentist who wants a lion's head above the fireplace in his man cave so his douchebag buddies can gather around it and drink Scotch and tell him how awesome he is, that's just vomitus."
— Jimmy Kimmel

Even life-long hunters are up in arms over the unsportsmanlike killing.

In an interview with ThinkProgress, hunter and author Jonny Miles called what happened "an abomination" because of how Palmer and his guides carried out the purely trophy killing:

“On the specifics of the hunt, with baiting, with using lights, and also killing a lion that has a pride — all of it just adds up to an incredibly unethical, unscrupulous way of going about this. ... Hunting shouldn't be about ego. It should be the opposite. It should be about awe at the natural world."

But should blame rest squarely on Palmer's sadistic shoulders?

Sure, if he were even remotely concerned with the most basic ethical code of hunting, he wouldn't be preying on a protected, soon-to-be endangered animal to begin with. But one man's bloodlust doesn't explain why the opportunity to kill Cecil was ever presented to him.

"Zimbabwe was once celebrated as the 'breadbasket of Africa,' whose fertile earth supplied the world with abundant tobacco, corn and wheat. Today, 76% of its rural population lives in abject poverty, dependent on foreign food aid and desperate measures — like the poaching of the wildlife ... or rendering assistance to those who want to hunt or poach."

Jenkins points out that 80% of Zimbabwe's safari wildlife population died between 2000 and 2003. He blames notorious kleptocrat President Robert Mugabe, whose land reforms in 2000 gutted property rights, transferred plots to his cronies, and essentially negated the country's once-robust wildlife regulations.

All that said, Walter James Palmer is, as Kimmel eloquently puts it, an "a-hole."

And while he may not be the only one, he is without question a criminal.

Killing #CecilTheLion was not hunting. It was killing a protected animal for thrills. Critique hunting, but don't equate it with this crime.
— Matthew Savener (@msavener) July 28, 2015