'What makes someone boring?' These are the best answers from a great discussion on Reddit. 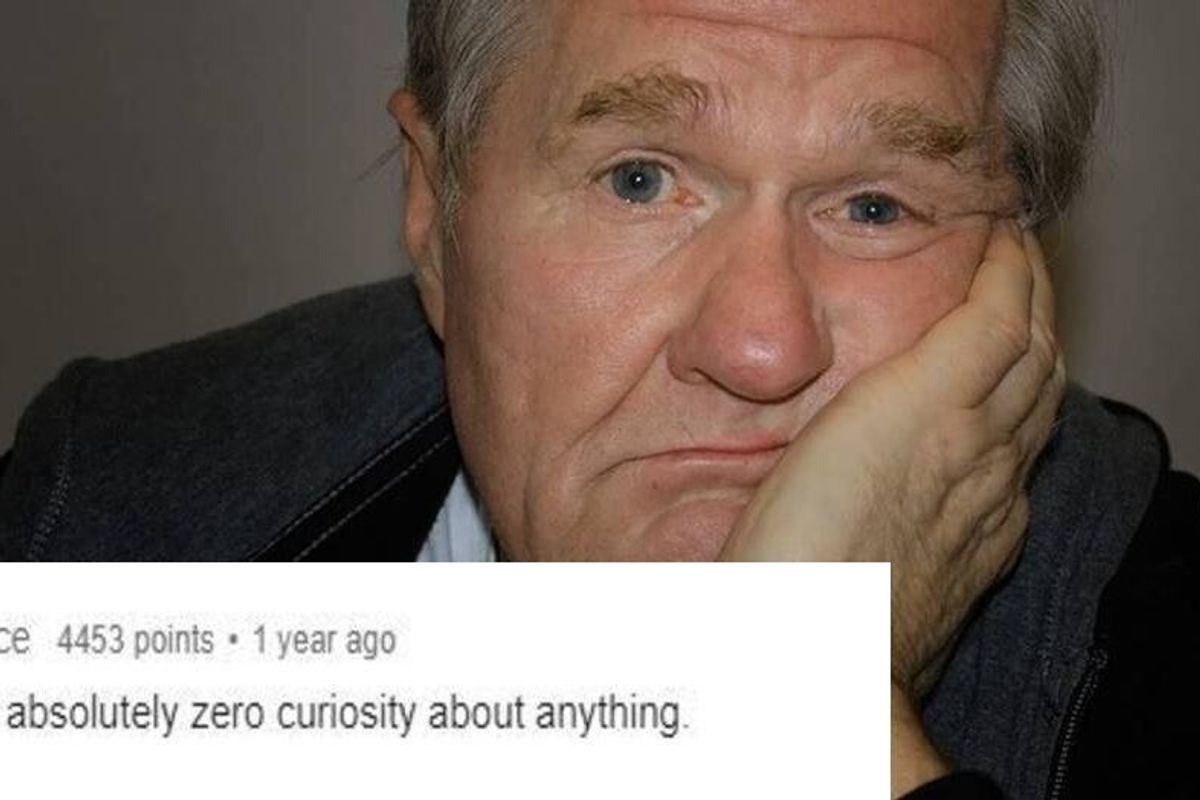 The great Oscar Wilde had a perfect way of determining whether he liked someone or not. "It is absurd to divide people into good and bad," Wilde said. "People are either charming or tedious."

Everyone we know falls somewhere on the charming to tedious spectrum. They're either fun or boring.

So what makes a person fun?

Glenn Geher Ph.D. from Psychology Today breaks it down into seven qualities. They are extroverted, emotionally stable, open-minded, conscientious, and agreeable. They also have a great sense of humor — they make good jokes and laugh at yours — and are creative.

But what about the other end of the spectrum, those who are boring? Obviously, they have a lot of the traits that are the opposite of a fun person. They are introverted, closed-minded, argumentative, and can't take a joke.

Reddit user u/miss wanted to get down to the bottom of why people are boring so they asked the online forum "What makes someone boring?" and received some fantastic responses. The most common response is someone who isn't curious or passionate.

RELATED: Someone asked Millennials why they always joke about dying and the answers were pretty serious

People don't want to be around those who are disengaged or don't care much about the world around them. They are also bored by people who only have one interest whether it's their job, relationship or hobby.

People want to be around those who are well-rounded.

Here is a run down of the most popular and thoughtful responses to the question: "What makes someone boring?

The number one answer: Boring people have no curiosity or passion.

Being pedantic is really boring.

They make everything about themselves.

All they talk about is getting f'd up.

They are stuck in their ways.

People who make everything political.

While the conversation on Reddit was a great way for people to vent about the people and personality types that bore them to tears it's also an invitation for all of us to reflect on our own personalities.

As we grow older, we can get stuck in our ways. We may become hyper-focused on just our jobs or families. Chances are that if we're boring other people then we probably aren't enjoying our own lives to the fullest.