What happens when you ask cute kids to dig through a jar of cash and pull out bills featuring women?

Show me the money! 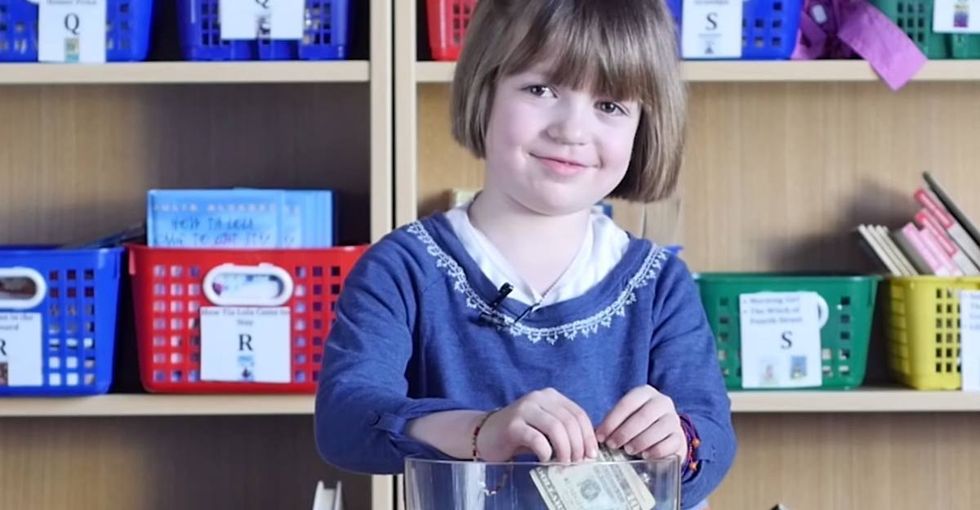 What happens when you ask a bunch of cute kids to dig through a jar of cash and pull out the bills that feature women?

Because as we all know, they can't do it. Cold, hard cash is the ultimate boy's club.

It's time for change!

I'd say over eight decades is more than enough time to have lapsed since we put a new face on paper money. Let's shake things up in a meaningful way.

As one of the kids in the video says:

"Girls are just as important as boys! Oh my gosh!"

Want to make it happen?

An organization called Women on 20s is encouraging President Obama to put a woman on the 20-dollar bill, but they want to know which woman the public wants to see. For some background, it's not all that difficult to change the face on cash. Women on 20s explains it:

"Fortunately, it doesn't take a messy act of Congress to change a portrait on paper money. It requires an order from the Secretary of the Treasury. With the stroke of a pen, the President can direct the Treasury Secretary to make the change. President Obama already has publicly expressed an interest in featuring more women on our money. With at least 100,000 [signatures], we can get the President's ear. That's how many names it takes to petition the White House for executive action."

So let's make it happen! Look at this list of 15 candidates and vote for three. You just need to provide your name and email address. From those 15, the top three plus Cherokee Nation Chief Wilma Mankiller will move to the final round, where you can choose your favorite. Women on 20s will submit the winner to President Obama and encourage him ask the Treasury to make a change.

This really is something we can make happen.

Wanna see some cute kids who are just as dismayed as I am that there are no women on our paper cash? Watch this.

Don't forget to vote! It'll take two minutes. Wouldn't it be cool to be a part of a change like this?